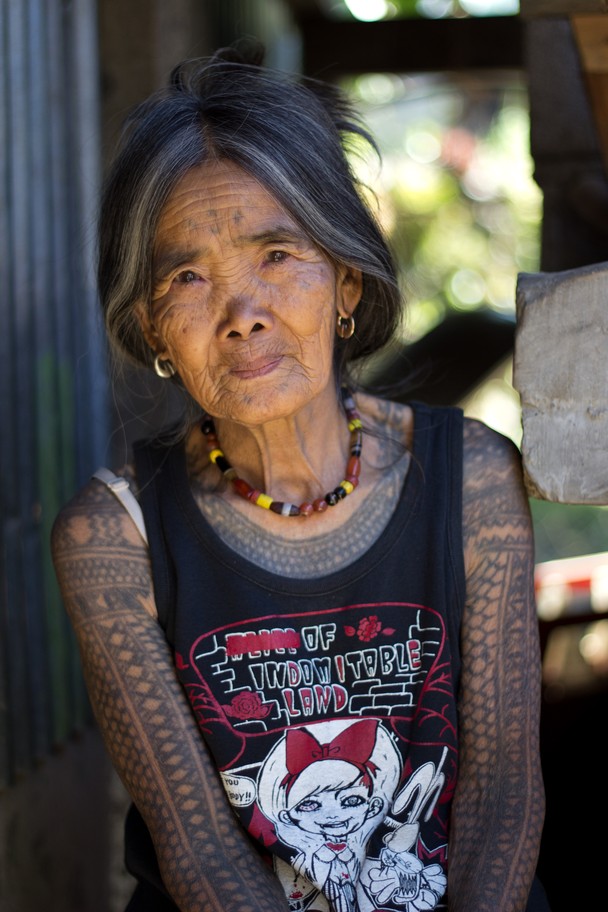 The art of tattooing has been practiced by a lot of cultures around the world for a very long time. In fact, the earliest evidence of tattooing can be traced back to 6000 BC on a Chinchorro mummy in Peru. Tools that may have been used for tattooing were also recovered in the same area as well.

People get tattoos for a variety of reasons, some for art and others to mark a special occasion in their lives. For example, the members of The Fellowship of the Ring in Peter Jackson’s Lord of the Rings Trilogy had the Elven word for nine tattooed on their body. Well, make that eight as John Rhys-Davies (who played Gimli) sent his double instead.

Tattoos can serve as rites of passage, a mark of status, symbolize religious devotion or serve as an amulet or talisman. For example, the yantra tattoo in Cambodia, Laos and Thailand is used to protect the bearer against evil and to increase luck.

During the Zhou Dynasty in China, authorities made use of tattoos as a punishment for crimes or to identify prisoners or slaves.

In Papua New Guinea, females of the Koita tribe start getting tattoos beginning at the age of five with more added each year. A V-shaped tattoo added indicated that a woman is of a marriageable age.

Tattooing in the Philippines

Tatooing is a practice performed by indigenous groups for centuries. The arrival of colonizers in the country nearly brought the practice to extinction.

In the Cordillera Region, several tribal groups practiced headhunting, which is also one of the reasons behind tattooing. They believed that tattoos had spiritual powers that gave them strength and protection. Tattoos were also used to distinguish a warrior after a successful expedition and also mark their social status in the community.

Females too were tattooed. One reason was to enhance their beauty, another for fertility, and sometimes, as a means of clothing.

In the mountains of Kalinga

In Kalinga, there lies the community of Buscalan. Although located up high in the Cordilleras, it received worldwide recognition thanks to the ancient art of tattoing.

Apo Whang Od, the oldest Kalinga tattoo artist in the Philippines, was featured on CNN. Despite being more than ninety years of age, she still has a clear eye for drawing lines to create art on skin.

For those who belong to the tribe, a woman with tattoos is considered beautiful. The arms of these females are adorned with snake skin and rice grain patterns. Crosses, dots and triangles are marked on her forehead and temples to enhance her appearance.

Boys, on the other hand, only get marked after their first kill. In particular, when he cuts off the head of the enemy and brings it back to the village. As he grows stronger, more symbols are etched into his body – centipedes in the arms to protect him, pythons on the shoulder for strength and an eagle on the back for the most brave.

This was back in the day, today is quite different. The art of tattooing has become less popular among the younger tribe folk. Even if this is the case, Apo Whang Od still carries on. And a lot of tourists come to this remote location to see her and get a tattoo.

Unlike how tattoos are done today, Apo Whang Od still sticks to the traditional way of tattooing – with the use of two wooden sticks, one of which has a calamansi thorn attached to it.

The art of Kalinga tribal tattooing was also the subject of a photography book by Lars Krutak called Kalinga Tattoo: Ancient & Modern Expressions of the Tribal. It was released in 2010 and explored the vanishing art of tribal tattooing in Kalinga. Of course, material on Whang-Od are also featured in the book.

Those who are interested in getting tattooed the traditional way – or the ancient way – then getting to Buscalan is worth the trip. Doing so is not just to satisfy your curiosity, but to promote awareness about the dying art of tribal tattooing.