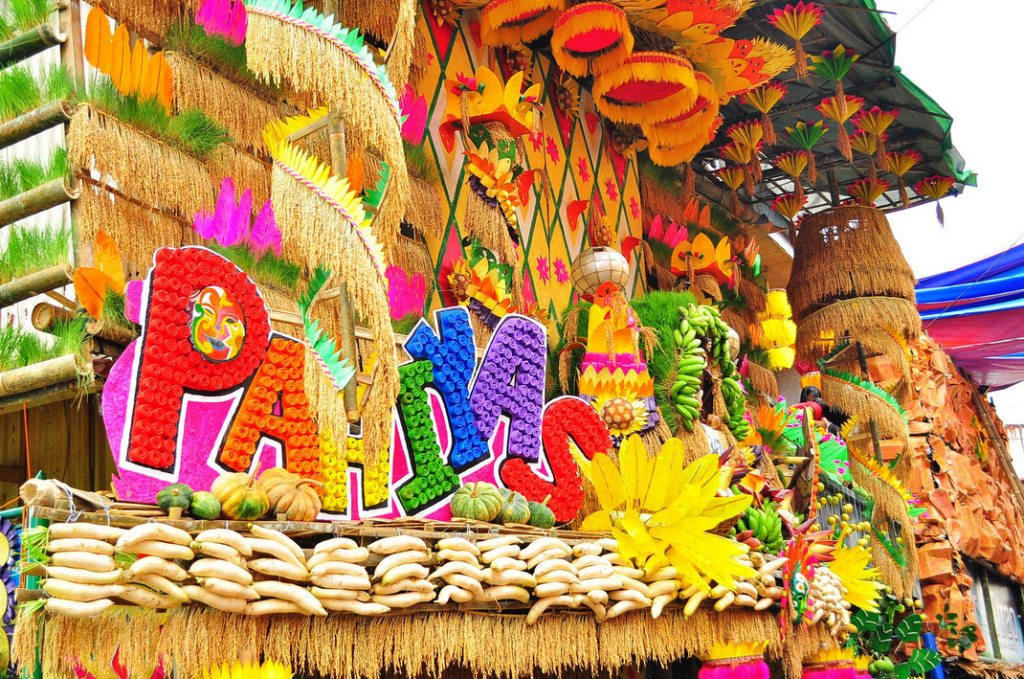 The Philippines is a land of Fiestas! Every town in the country have at least “a day” each year (some fiestas are weeks long!) celebrating it’s own fiesta. Fiestas (or festivals) take place all year round throughout the archipelago.

What is awesome about fiestas?

During a fiesta (festival), the town folks are out celebrating and presenting their town’s history, local food and culture through various events. For a tourist or a first-timer to the Philippines, it’s the best time to experience and celebrate a town’s culture and traditions with the locals. For maximum fun, we recommend that you consider timing your travel to coincide with the fiesta celebration of the town you’re planning to visit. We think you’ll really enjoy it!

Here’s our comprehensive list of Philippine fiesta celebrations month by month. Make this as your starting point when researching a place for your next trip. We will try to always update this list on a best effort basis. But, please always do additional research on your own as the information below might NOT be the most current and complete.

The Philippines’ version of a mardi gras. It is one of the most popular and fun fiestas in the country. Celebrated around the third Sunday of January. The fiesta honors the Santo Nino (child Jesus) and is celebrated with colorful parades and drum-beating face and body painted ati-atihan performers. It’s a really fun fiesta to experience.

Celebrated around the third Sunday of the month. Sinulog is one of Cebu’s most important fiesta. Much like the Ati-atihan in Kalibo, the festival is to honor the Sto. Nino. During the sinulog, you see people engage in sinulog dancing, a unique two-steps-forward, one-step-back shuffle meant to imitate the rhythm of the river.

Panagbenga is Baguio’s most important and popular festival. It is held during the last week of February. During the event, the streets come alive with song, dance and a grand floral parade with spectacular floats.

The Dapil Festival is a four-day celebration that takes place from 20th to 23rd day of February every year. The festival aims to bring back the essence of “Panagdapil” as a convention of excellence that delineates the richness of the culture and tradition of the People of Bangued.

This festival is a celebration that portrays the gathering of people to barter goods. The municipality of T’Boli showcases its unique ethnicity from the 5th to 16th of March. Known as the center for eco-cultural tourism, the people of the highlands reflect the cultural heritage and ancestry of the province.

In Bontoc, deep in the heart of the Cordillera of North Luzon, surrounding communities come together for parades, decked out in traditional tribal dress.

Part of the town’s holy week observance, the Moriones Festival is a week long sinakulo commemorating the crucifixion and death of Jesus Christ at the hands of the Roman soldiers.

Dress in your best cowboy getup and join in the fun at Rodeo Masbateno. Usully, this fiesta is celebrated in April (or May). It showcases Masbate’s cattle farming culture and includes events like bull-riding, lasso contests etc.

Magayon in the Bicolano language means “beatiful”. The Magayon Festival celebrated in the month of May honors the province’s bounty and beauty.

The Pahiyas fiesta is celebrated around the 15th of May in the town of Lucban, Quezon. A town a few hours south of Manila. It’s quite a fun and colorful fiesta to honor San Isidro Labrador, the patron saint of farmers. Houses are decorated with colorful kiping (leaf-shaped rice wafers) which are then eaten afterwards.

The Kansilay festival is a week long celebration of the founding of the town of Silay. Silay is believed to be founded by Princess Kansilay and the fiesta is dedicated in her honor. There’s a lot of street events with gaudily dressed dancers parading down the main street. “Hugyaw Silay! Hugyaw kay Kansilay!”

Pintados means “painted” in English. This festival celebrates the pre-hispanic tattooing traditions of the Filipinos.

The Sandugo Festival is celebrated in the month of July. It commemorates the 16th century blood compact (sandugo) between Datu Sikatuna (chieftain in Bohol) and Miguel Lopez de Legazpi (Spanish conquistador).

The banana festival is held on the first week of July. It celebrates the province’s foundation and also it’s top economic contributor, the banana fruit. Davao del Norte is known as the “banana capital of the Philippines“.

The Ibalong Festival is held around the 2nd week of August in Legazpi City, Albay. This festivity celebrates the Ibalong Epic and its three legendary heroes, Baltog, Handyong, and Bantong.

The Diyandi Festival is a yearly fiesta around September that celebrates the “Diyandi”, a rite performed by the “Dumagats” (now Christians), the Maranaos (Muslims) and the Higaonons (lumads or natives) to jointly pay homage to St. Michael.

The Tuna Festival is GenSan’s biggest fiesta and is celebrated around the first week of September every year. As the Philippines’ tuna capital, GenSan honors its number 1 export product during this fun week long celebration.

Lanzones is a super sweet and tasty tropical fruit that we guarantee you’ll love once you try it. It’s one of our favorite Philippine fruit. Camiguin celebrates the Lanzones festival as a thanksgiving celebration for a bountiful harvest of this little fruit. The festival is held around the third week of October when it is peak of the harvest season for Lanzones.

Maskara literally means “mask” in English. The festival is held every fourth Sunday of October with masked dancers in colorful costumes stirring the crowd into a dancing frenzy on the streets of Bacolod City. It’s quite fun!

The Higantes Festival is celebrated every 4th week of November in honor of the Feast of Pope St. Clement I. It is said to have started during the Spanish colonial era. At that time, the local residents of Angono came up of with a festival parading giant papier-mâche caricatures centererd around the mocking of hacienda owners.

The word Sandurot is derived from the Visayan word “pakig-sandurot” meaning to join in. The festival honors the patroness of Dumaguete, Sta. Catalina de Alejandria, and showcases the hospitable and friendly people of Dumaguete also known as the City of Gentle People. The festival is held around the third week of November every year.

The Giant Lantern Festival is held around mid-December in San Fernando, Pampanga, a city just a few hours away from Manila. The festival features big and colorful lanterns that keeps better and better every year. Because of the popularity of the festival, the city has been nicknamed the “Christmas Capital of the Philippines”.

This festival in Cotabato City in Maguindanao is celebrated from December 15 to 19. It commemorates the arrival of Islam in the region by Shariff Muhammad Kabunsuan, an Arab missionary from Malaysia. It includes river parades of decorated boats and features parades, dancing, business fora, exhibits, and feasts.

Tips and Tricks Going to a Philippine Fiesta

Have you attended a Philippine fiesta? Share with us your experience.