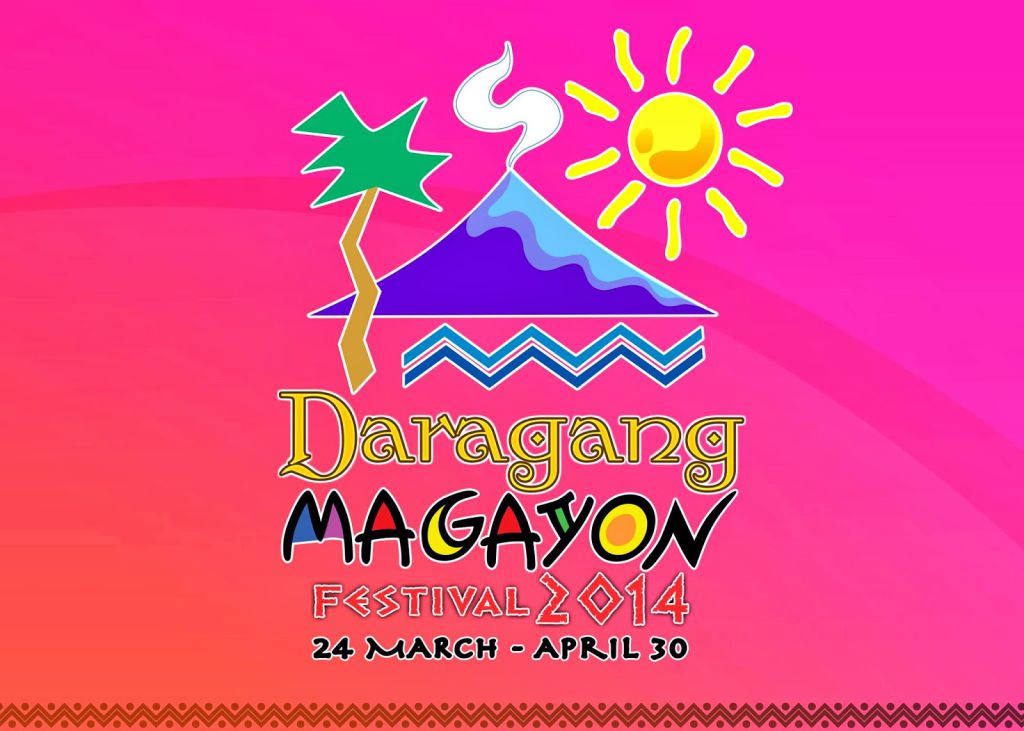 Hurry! Grab a front seat! For one of the Philippines’ most stupendous festival is here! Dubbed as the Festival of Festivals Showdown and one of the much anticipated celebration each year, let’s see who won’t scramble to get a ticket to Albay’s Magayon Festival!

The festival that brings the entire Bicol Region into one magnificent face-off is a showcase of unforgettable exhibitions and promising creative talent. This festival is definitely a must-see for all tourists who wish to visit the Philippines. Where else will you see six provinces competing and displaying their own lavish festival to see whose festival outshines the rest?

The Bicol Region is located at the southernmost tip of Luzon, the largest island of the Philippines. It is one of the 17 regions in the country and is also called as Region V. There are six provinces comprising this peninsula namely Albay, Camarines Sur, Camarines Norte, Catanduanes, Masbate and Sorsogon.

This region is actually part of the Pacific Ring of Fire, thus, it has numerous mountains and volcanoes. But among all of the terrestrial beauties that the region boasts, Mount Mayon beats them all. Known for its beautiful perfect cone and amazing scene, it is no wonder that this volcano is very popular. And it is also no wonder that it became the origin of the Magayon Festival.

With the beauty and splendour of the majestic Mayon volcano as the inspiration, the festival is called Magayon, which in the Bikol vernacular means beautiful. The name was also based from a popular legend about a beautiful maiden who lived in Albay whose name was Daragang Magayon.

The entire festival serves as a thanksgiving celebration for the abundance of blessings the entire region received and also to display the way of life of the people of the Bicol Region. In this festival, you will be able to see and join various activities like display of agricultural products and trade fairs, cooking shows that will introduce to the tourists the different delicacies only found in the region, cultural events, photo and arts exhibits, and sports events.

But among all the events this festival has to offer, the most anticipated one is the street parade. This is where the showdown begins! The six provinces’ representatives will all gather to the streets and each presents their complicated choreographies as they try to prove that they are the best. Take note, there are not just one or two, but many festivals trying to prove that they deserve to win in the showdown, so carefully structured props, unforgettable performances and intricately designed costumes is definitely guaranteed!

Another highlight of this festival is the parade of beauties coming from the different provinces of the Bicol Region. With the Mutya ng Daragang Magayon Beauty Pageant, all the contenders all vie for the crown as they show that they are not just women of external beauty but of substance as well. So you better go to the venue early to secure a safe spot that will allow you to get a glimpse of Bicol’s finest women.

From Manila, there are actually six flights daily that will bring you to Legazpi City. If you are from Cebu, there is only one flight.

But most tourists and visitors go to Albay via land transportation due to the Bicol Region’s famous landscapes and the easy long ride. There are buses that depart daily from Cubao and Pasay City to Legazpi and the travel time usually takes nine to twelve hours. If you depart from Manila through private transportation, it is advisable to leave early in the morning and to have at least two drivers to drive the eight-hour long journey alternately.

If you plan to visit and join the celebration of one of the grandest festivals of the Philippines, don’t hesitate! We’re talking about Albay’s Magayon Festival, you’re definitely in for something amazing!