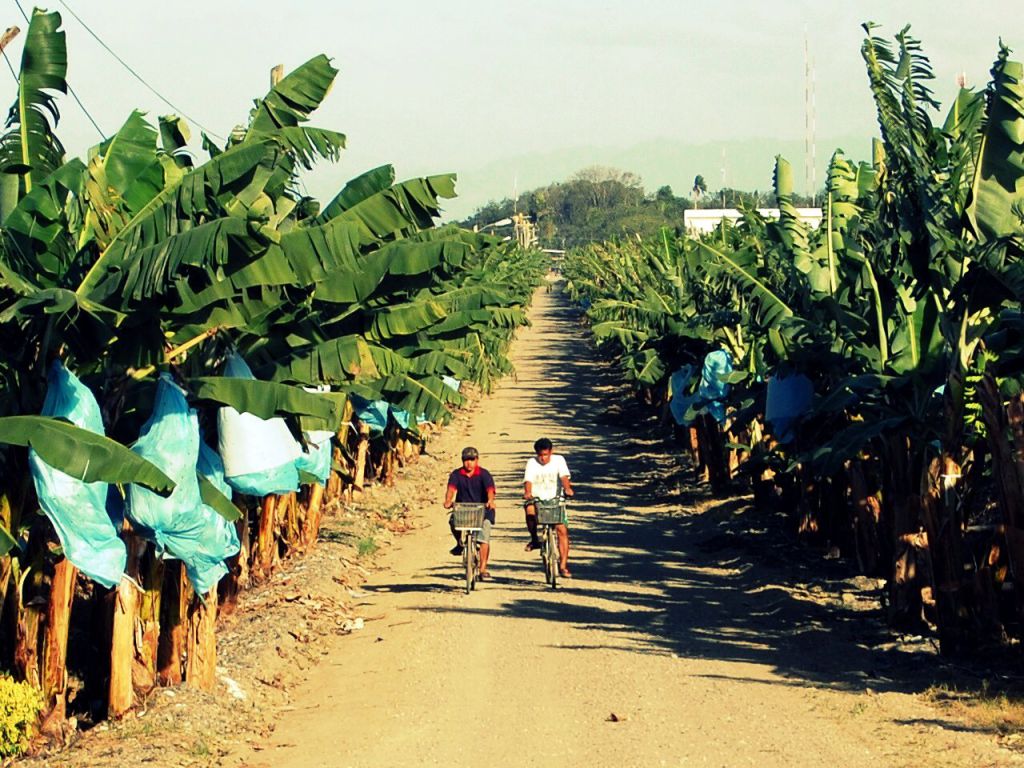 Owing to the numerous banana plantations scattered around the city, Panabo is known as the “Banana Capital of the Philippines.” Coincidentally, its home to the largest banana plantation in the world, the Tagum Agricultural Development Corporation or TADECO. TADECO occupies around 6,900 hectares of banana fields and is responsible for the production of millions of boxes of bananas for export.

But apart from being known as an exporter of Cavendish bananas for the world market, Panabo also has an interesting history.

A lowland place, Panabo was once inhabited by stocky-haired natives called Aetas. They lived a nomadic lifestyle and hunted for their food. Their most essential tool was the bow and arrow which is called “pana-sa-boboy.” Apart from hunting, their diet consisted of rootcrops.

At the beginning of the 20th century, Christian settlers began descending in the area. By that time, Panabo was already a thriving trading community known as Taboan which means “trading center.”

As a result, the Aetas moved further up the hinterlands but they left a legacy as they are responsible for the name the the city bears – Panabo which evolved from “pana-sa-boboy.”

Located along Daang Maharlika or the Pan-Philippines Highway, Panabo City is situated between two major cities in Davao: Davao City and Tagum City.

Panabo can be reached by land from Davao City through the Davao-Butuan, Davao-Mati and Davai-Tagum bus routes. Other forms of public transport such as jeepneys, vans and metered taxis are available as well. Panabo is about 32 kilometers from Davao City (or around 45 minutes) and 28 kilometers (about 30 minutes) from Tagum City.

There are several local and international airlines that cover Davao through the Davao International Airport. From the airport, a metered taxi, van or jeepney can be boarded to get to Panabo City.

Panabo can be reached by sea through the Sasa Port of Davao City. Once in the city, any public transportation can be boarded to get to Panabo City.