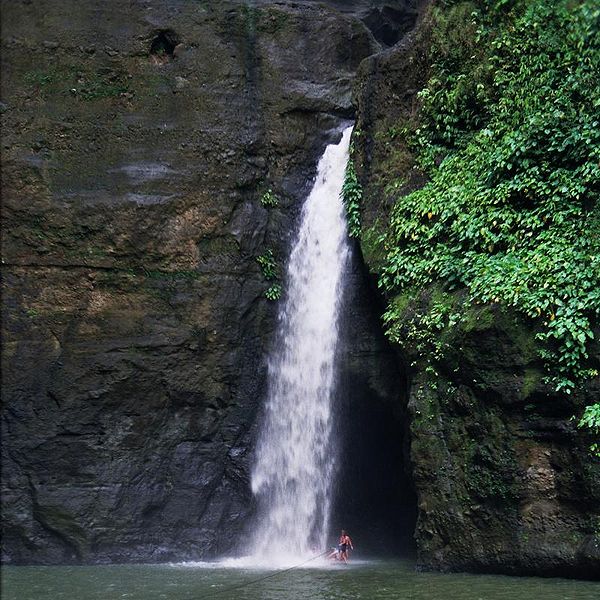 The Province of Laguna is in the CALABARZON region in Luzon, composed of 4 cities and 26 towns. With this much places to explore, you will never get bored when in Laguna. So how do you keep yourself occupied?

Visit the Churches in Laguna

As a Catholic country, the Philippines boasts of some of the most historical churches in the world, some of which are found in Laguna. So even if you’re no religious person, you should check them out for a dose of history and architecture. There are plenty of churches in Laguna, no kidding. But some are more notable than others.

St. John the Baptist Parish Church, for example, dates back to 1605 and is one of the oldest churches in Laguna. The structure that stands on the site, however, is a reconstructed version. There is also the St. Bartholomew Parish that can’t seem to achieve longevity. The first church was built in 1583 using light materials, while the second was built in 1752 using bricks and stones. In 1781, part of it was burned down.

Enjoy the rides in a water park and theme park

The biggest and most popular theme park in the Philippines as of this writing is in Laguna. The Enchanted Kingdom (EK) is the local version of Disneyland, which definitely gives people a reason to be happy. All of its 17 hectares has numerous park zones with rides that range from the not too scary to downright stomach turning. The Space Shuttle is a favorite.

Splash Island, on the other hand, is the biggest waterpark in the Philippines that has thrilling rides for people of all ages. Make sure to bring your swimwear and get a fill of the waves at Agos Grande.

A trip to Laguna would not be complete if you don’t visit Pagsanjan Falls and take a dip in its cool waters. It is one of the most popular waterfalls in the Philippines located in the town of Cavinti.

It can be reached in several ways, but the most enjoyable is trekking through the 16 rapids that the three-drop waterfalls create, and up to the bottom of the falls. You can then ride a bamboo raft to reach the Devil’s Cave.

Then, hike to Mount Makiling, a dormant volcano that has no recorded eruption, although volcanism is still evident. A very interesting legend surrounds the mountain, relating to a goddess named Maria Makiling, who is said to be the ‘guardian’ of the mountain. So you might want to think twice before plucking flowers along the trail. Make sure to get a panoramic view of the mountain as its contour is said to resemble a woman in a reclining position, believed to be Maria Makiling herself.

It may mean elbowing through crowds and fighting to get a seat on a plane or accommodation, but visiting during annual festivities is almost always the best time to visit any destination. When heading to Laguna, plan your trip in time for the Sampaguita Festival in San Pedro (every 2nd week of February), Pandan Festival of Luisiana (every 3rd of April), and the Anilag Festival (every 10th of March), which is celebrated at the same time as Laguna Day. There are also other most-awaited events, such as the Los Banos Flower & Garden Show.

You see? There will never be a dull moment when you are in Laguna.