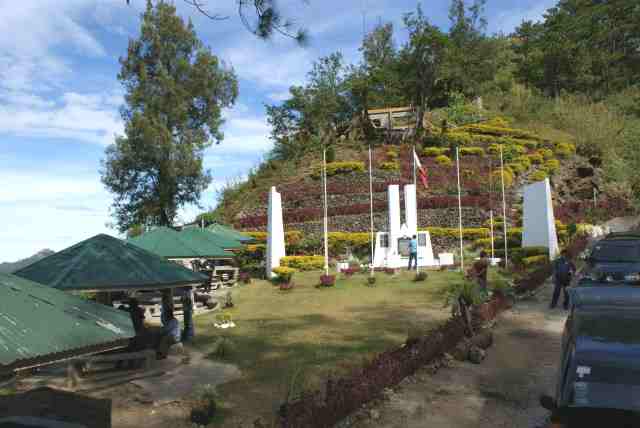 The Municipality of Cervantes could be considered one of the destinations less travelled because of its location within the Cordillera Mountain ranges. It is some 399 km North of Manila and about 169 km Southeast of the capital of the Province of Ilocos Sur, the City of Vigan. It is pretty far by most people’s estimation, but it is definitely worth making a detour. After all, it is Ilocos Sur’s Summer Capital by Resolution No. 88 Series of 1993.

What attractions will you find in Cervantes?

Also known as the Bessang Pass Natural Monument, this very important landmark is a protected area and memorial that marks the victory of the Filipino soldiers, who were serving under the U.S. Army Forces in the Philippines Northern Luzon (USAFIP-NL), over the Imperial Japanese Army. This pass that lies along Tagudin-Cervantes-Sabangan Road is where General Yamashita was defeated. It features various height elevations, as it winds through various hills and mountains, the tallest of which is the Magun Hill at 1, 400 m.

The park in the Bessang Pass is home to pine and mossy type forests, and crosses the Bessang Creek and Matukbo River. It provides a habitat for plenty of bird species, mammals, reptiles and snakes.

There is also an amateur trek just behind the monument that follows a trail along a mountain peel called the nose bridge. A slippery trail also leads to the Yamashita cave that had been dug out by the Japanese.

The cave is named after General Douglas MacArthur, an American five-star general and the only man ever to become Field Marshal of the Philippine Army. What is his connection to the cave? The series of tunnels were actually used as a military hospital during World War II, where he played an important role.

The Nakayang View Deck is where you can enjoy a panoramic view of the beautiful valley that is Cervantes. Getting to it, however, would be an adventure in itself, because of the trail that winds through streams, meadows and grasslands.

Not a lot of information relates to Mt. Namanderaan, except that mountain climbers will surely love to scale it to the top and be revitalized. Considering that Cervantes is not that accessible, not a lot of people have probably thought of climbing Mt. Namanderaan and measuring its elevation, making it quite a mystery.

Although not a tourist attraction per se, the 0.98 kilometer stretch of the Tagudin-Cervantes-Sabangan Road has some natural features worth checking out. The breathtaking scenery along the way will make the long road trip less tiresome. There are mountains, waterfalls and rock formations that one will find along the way. Wet rocks have also become a sort of attraction, since they remain wet the whole year round due to the small amount of water that trickles from the top of the mountain to the highway.

The road is not entirely safe, however, because of the threat of falling rocks. It is best to travel with caution along the long road that snakes on the side of a mountain.

Other attractions worth visiting in Cervantes, Ilocos Sur are the number of waterfalls, including Gambang and Budong, the Parish of Sto. Nino de Praga (Holy Child Jesus of Prague), and the long stretch of green filled with pine trees. No wonder Cervantes is the Summer Capital of the Province of Ilocos Sur.