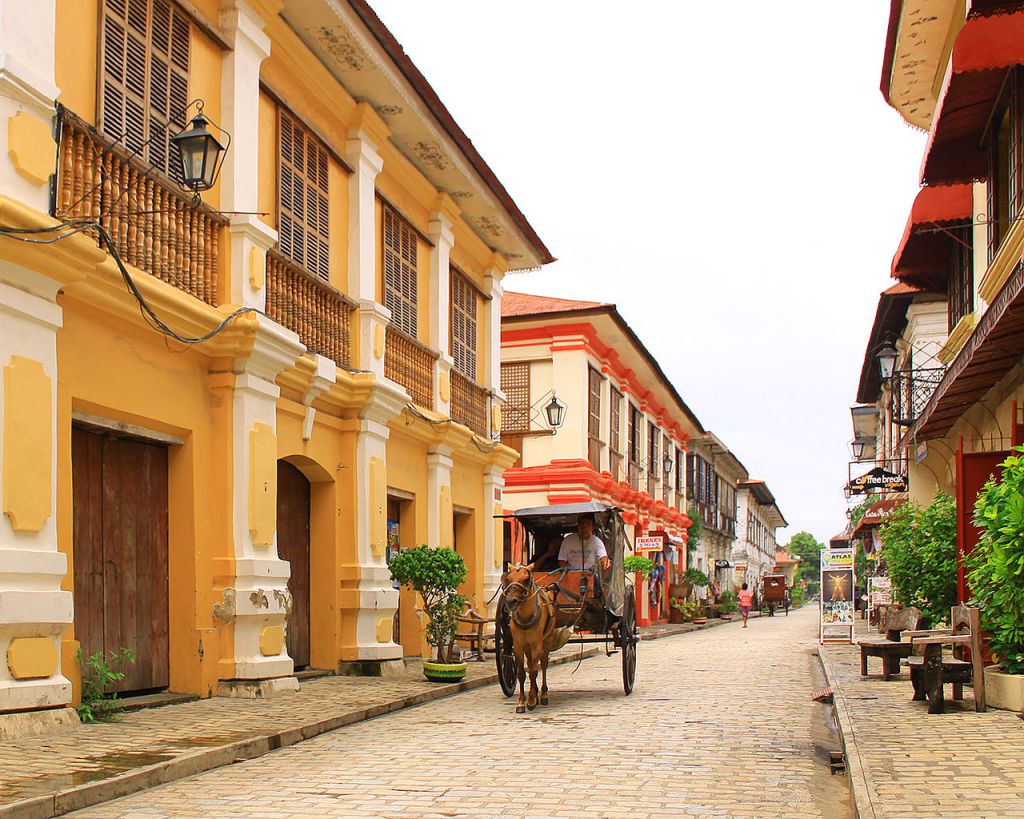 If your idea of a great vacation involves digging into the past, you might want to take a detour in Ilocos Sur, Philippines. You may not find a pyramid or castle ruins, but you will surely see a place that can only be described as a museum of a rich and colorful past.

What are the top attractions in Ilocos Sur?

Unlike other travel destinations that are made popular by their landmarks and tourist attractions, Vigan is in itself the attraction. It is a historic town that has managed to preserve the planned Spanish colonial town, particularly in Calle Crisologo, garnering the prestigious recognition of being part of the UNESCO’s Heritage List. Here, you will find period houses, ancestral homes and cobble-stoned streets. With the addition of kalesas, a Filipino version of a horse-drawn carriage, Vigan can transport you back in time.

More than just a bell tower, the Bantay Belfy sits on top a hill that offers a panoramic view of the entire Ilocos Sur. Climb the top and you’ll know why people want to visit the province. The belfry also has historical significance, because it was used as a watchtower for pirates during the Spanish colonial era.

If Bantay Belfry shows you the whole of Ilocos Sur, Cape Bojeador will give you an unobstructed view of the South China Sea. It is, after all, known as the tallest lighthouse in the Philippines that sits on top of a hill. So, there’s very little doubt that it’s overlooking the South China Sea.

A very significant pass for the Filipinos, the Tirad Pass is where Gregorio del Pilar, a young general, fought against the Americans to allow revolutionary leader Emilio Aguinaldo to escape. It is now designated as a National Shrine. If you’re up for an adventure, you can take a road trip from Tirad Pass to Mount Timbac, where you need a 4-wheel drive to get you through 12 river crossings on the first leg part alone.

Found in a town with the same name, the Our Lady of the Assumption Church is a designated UNESCO World Heritage Site in 1993. It is one of the four Spanish-era churches that is part of the Baroque Churches of the Philippines collection, making it a must see, especially if you have an architectural inclination.

This is a protected area where a historical marker of Gabriella Silang can be found. It covers 3,250 acres of beautiful mountain scenery that is overlooking the South China Sea. Here, you get to indulge in various activities, such as trekking, sightseeing and mountain biking.

Looking to continue your journey back in time? From Vigan, particularly Calle Crisologo, you can then head out to Kamestizoan District, where you will find well-preserved houses of the rich families in the past. The properties still have their original parts, such as hardwood flooring, azoteas, balustrade, and roof tiles.

Like most structures in Ilocos Sur, the Archbishop’s Palace also has historical features, such as sliding capiz windows and floral decorations. But the most important part of it is the ecclesiastical artifacts and religious relics that come from other old churches.

These aren’t the only attractions you’ll find in Ilocos Sur, but you’ll have to see them with your own eyes, to fully appreciate them. So what are you waiting for? Plan your itinerary, and then get packing.