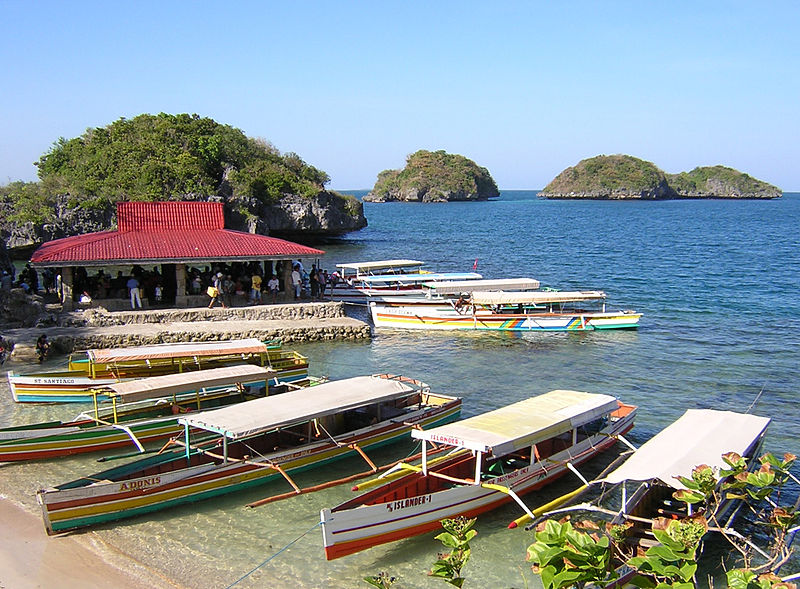 A lot has been said about the outstanding natural beauty found in the Philippines. Visitors and locals alike will find several breathtaking nature spots anywhere in the country, from Luzon to Mindanao. And one of the best places to seek out astonishing scenery is to head to the national parks of the Philippines. Here’s a list of the five best ones:

Remote and beautiful: the two words that best describe the Caramoan Peninsula tucked away in Camarines Sur in the Bicol Region. The travel needed to get here may be long but it will be so rewarding. A shooting location for Survivor, Caramoan is blessed with jaw-dropping scenery: limestone karst, deep gorges, white sandy beaches, winding rivers and secret coves greet visitors to this lovely yet remote part of the country.

Here, one can enjoy many activities such as rock climbing, trekking, spelunking, snorkeling, camping and island hopping. Although the rock formations and other nature highlights might draw the attention, the centuries-old red brick St Michael the Archangel Parish is worth the visit as well.

Getting to Caramoan involves a lot of travel. Here are the details:

Famous for its “sea of clouds”, the third highest peak in the Philippines has attracted tourists for its “otherworldly scenery.” The borders of the provinces of Benguet, Ifugao and Nueva Vizcaya all meet at the peak of the mountain. Mountain climbing is the main activity in the area with main highlights being the montane forests and the grassland summit where the “sea of clouds” takes place. There are four trails that lead up to the summit: Ambangeg, Akiki and Tawangan in Benguet and Ambaguio in Nueva Vizacaya.

Mount Pulag is best reached from Baguio where you can negotiate with jeepney drivers to take you directly to the Badabak Ranger Station. From there, you save some climbing time and can achieve a two-day climb to the summit.

Although the park is comprised of more than 100 islands, only three have been developed for tourism: Governor Island, Children’s Island and Quezon Island. Located in the city of Alaminos in Pangasinan (a province in northern Philippines), the park’s islands are scattered across the Lingayen Gulf and covers close to 17 square kilometers. Lucap Wharf serves as the entry point to the park and is located 240 kilometers north of Manila.

Located in Pampanga, Mt Arayat is an extinct volcano with no recorded eruption. It straddles two towns: its southern half lies in Arayat while the northern portion lies within Magalang. Known as a mystical mountain, it is said to be the home of a fairy called Mariang Sinukan. Hiking is the most popular activity in the park where two trails lead to the summit: the Southern Peak route (takes 3 to 4 hours and is located in San Juan Bano and offers views of the mountains of Zambales, Bataan and Sierra Madre) or the Northern Peak Route (still takes 3 to 4 hours to summit but is accessed from the Pampanga Agricultural College in Magalang and takes hikers through the Arayat Amphitheatre and White Rock, the supposed hoe of Sinukan).

Also called Puerto Princesa Underground River, this park located north of the city center of Puerto Princesa is known for the trip through the cave on a small boat. The cave features stalactites, stalagmites and several large chambers that include the 360-meter-long Italian’s Chamber.

The limestone karst mountain landscape makes the park even more beautiful. Not only that, the park is also a biodiversity conservation with a full mountain-to-sea ecosystem as well as some of the most important forests in Asia.

These are just five of the many natural wonders found in the Philippines. But if you’re looking for some of the best options in the country, these five parks are a good place to start.