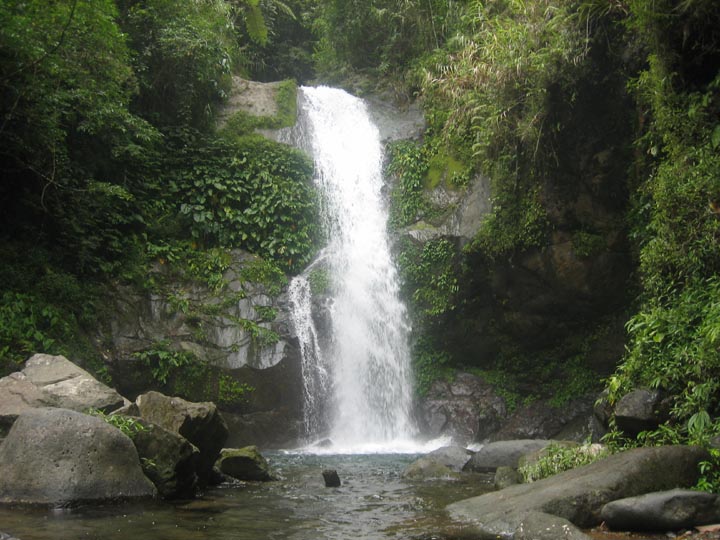 Nicknamed the Citrus Capital of the Philippines, this landlocked province is the place to be when you want to get oranges, honey dew, sweet ponkan, yacon, red chandler pomelo and seedless Satsuma. But other than offering a great variety of citrus fruits, the province is also home to several other attractions.

Located in the Cagayan Valley Region in Luzon, the province is surrounded by Ifugao, Isabela, Quirino, Aurora Nueva Ecija, Pangasinan and Benguet. It also bounds three mountain ranges – Sierra Madre, Cordillera and Caraballo. Given this makeup, it’s no wonder why Nueva Vizcaya is a popular destination among outdoor enthusiasts.

Here are five of the best attractions that the province has to offer:

Located in Dupax del Sur, the church of San Vicente Ferrer is situated in a well-preserved complex. It was built during the second half of the 18th century under the Dominicans. It was declared as a National Cultural Treasure. For that reason alone, this church is well worth the visit.

As impressive as the facade of the church is, the four-storey bell tower is equally impressive as well. It is made of red bricks and makes a wonderful distinction from the church. What makes the place great are the age-old acacia trees that surround the compound.

Photography lovers will sure love framing the church with the branches and all. If you’ve got a thing for very old trees, you’ll be pleased to know that one acacia dates back to around 1880 and was planted by settlers from Nueva Ecija, a nearby province.

This is the fifth longest cave system in the Philippines. Measuring 4.2 kilometers long, this is a cave where you’ll see some rare calcite formations, as well as pristine stalactite and stalagmite formations. The cave also has a subterranean river that also doubles as a passageway.

Although it may be dark and dangerous, it is nonetheless intriguing. It’s also called the Lion-Alayan Cave for its main and exit points are the Lion and Alayan Caves. Not only are the caves site for a great spelunking adventure, but it’s also an important wildlife habitat. Species that were observed in the area include Taritic Hornbill, Philippine macaque, Philippine creeper and cloud rat. Trekking in the multi-chambered cave takes about four hours.

Measuring thirty five feet, this waterfall is located high up in the Caraballo Mountain Range. Raging water pours itself onto a shallow basin-like pool which leads all the way to the Imugan River.

The falls is located about 30 minutes from the National Highway after which you’ll be greeted with a very pristine and rarely touched jewel. Yes, getting to the actual falls requires a bit of exercise, some six to seven kilometers of it, but reaching the end of your journey is well worth the physical exertion. Put simply, this is nature at its best.

Sometimes called Mt Ugu is one of the major destinations in the Cordilleras. Compared to Mt Pulag, this one has a lower elevation. But here, you get to see some lovely pine forests and really awesome views.

One thing to note: the traverse that connects Nueva Vizcaya to Benguet is quite the challenge. From here, it’s quite possible to traverse to Mt Pulag.

A living testament to the grandeur of what the old town was. This church was built around the 17th century and was razed by fire twice and rebuilt on the same ground. The facade remains the same as it was years ago and is a treasured gem from a time long passed.

Other interesting destinations in town include:

Nueva Vizcaya is a province with an interesting history, which shows in its structures. And it’s also a place for wonderful outdoor activities.