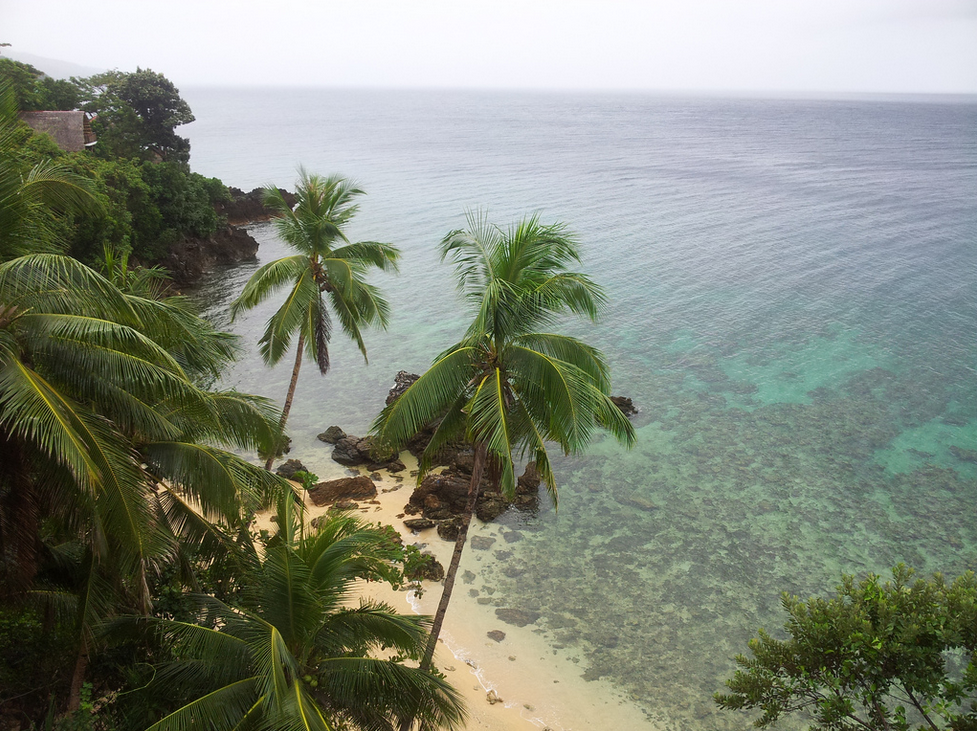 A 4th class municipality in Romblon province in the Philippines, Looc is located along the shores of Looc Bay on the southern part of Tablas Island. It is bordered to east by Alcantara, to the west by Looc Bay and Tablas Strait, to the north by Odiongan and Ferrol, and to the south by Santa Fe.

The municipality’s name originated from the Filipino/Onhan word “look”, which means “bay”, referring to the body of water it encloses. For its topography, it mostly consists of slopes that are characterized as nearly level to slightly and strongly undulate rolling hills.

Like many places in the Philippines, Looc also boasts of many offerings that travelers would enjoy. Here are some things to see in this wonderful municipality:

This is a protected marine area at the center of Looc Bay that was established in 1999. The sanctuary houses 100 different marine species, which include 4 different species of octopus, giant clams, reef fishes, eels and marine turtles. It welcomes guests for swimming, fish feeding and snorkeling and aims to inform tourists of the importance of preserving marine life.

Moreover, the sanctuary is also serving a great spot for environmental education excursions and family picnics. It has a floating kiosk where you can bring food and other stuff into.

In the middle of the Looc Bay you will find a beautiful lighthouse. This structure adds a mysterious charm to the sanctuary and is said to be dating back to the Second World War. Unfortunately, you are not allowed to go near the lighthouse as part of the efforts to preserve it. Like the many beautiful and fragile things in this world, you can only admire it from afar.

Also, on the Looc Bay, particularly in the sanctuary, the floating shelter has an opening in the middle where there is no floor to let tourists have a look straight down into the water, allowing them to see marine animals very well without the need to put on their suits and swim. For you to see lots of fish here, you might want to bring along some bread to feed them.

This is a religious celebration the municipality of Looc is known for, which is held during the 3rd week of April to honor St. Joseph and to celebrate a genie who was stated to once save the town folks. During the town fiesta, there will be a street-dancing contest that is participated by almost all the barangays. Through artistic choreography, display of dancing skills, props and colorful costumes, the replica of Talabukon and the field demonstration (re-enactment of the myth) are the categories of the competition. When you join this festival, take note of the Tribu Poblacion, Barangay Punta (Tribu Pontana) and Tribu Cadag-cadag. These are the 3 tribes to watch, as they always dominate the festival.

To get from Manila to Tablas Island, you can choose between a voyage on one of the many ferries from Pier 12 or the Batangas Port or a domestic flight from the Manila. For the latter, you can fly from the Manila Domestic Airport, which is located close to the International Airport, on one of the two airlines that fly 6 times a week to the Tugdan Airport on Tablas Island, Romblon. From there, it will just be easy to get to Looc.