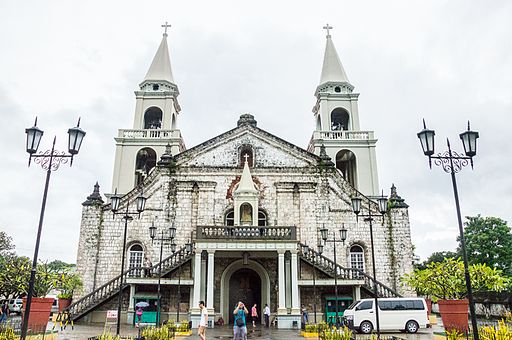 When you take a leisurely walk in the lively city of Iloilo, Philippines, you will find yourself seeing some well-preserved the remnants of its glorious past. This place was actually honored by Queen Regent Maria Cristina of Spain as the “Most Noble City” during the time when Spain was colonizing the country. Now, your trip to Iloilo would not be complete without visiting its grandiose Spanish colonial-era churches.

Situated approximately 35 kilometers west of the city center, this is one of the most unforgettable churches you will see in this place. This church, which is made from limestone and local corals, and its watchtowers were constructed in 1787 with thick walls and some secret passages to protect the town from Moro attackers. Because of its defensive design, it is also called the Miag-ao Fortress Church. What you would love about this church is the intricate motifs on its façade and the statue of the town’s patron saint, St. Thomas of Villanueva, at its center. In 1993, this church was declared as a UNESCO World Heritage Site.

You will find this church in what is used to be the small town of Molo, which became part of the city in 1937. The church building was built in 1831 and is also called the Women’s Church or the Feminist Church of Iloilo due to the statues of all-female saints that are placed along its main aisle. In 1992, it was declared as a national landmark by the National Historical Institute.

Also referred to as the National Shrine of Our Lady of Candles, this church is the first and the only cathedral in the Jaro District of Iloilo. One of the oldest churches in the Philippines, it is the second National Shrine in the Visayas, following the Basilica del Santo Niño that is located in Cebu. This church is quite extraordinary, as its bell tower is located across the street, when normally, bell towers are built just next to the church buildings. This cathedral was proclaimed a historical landmark in 1976 by the National Historical Institute.

Located in the green town of Guimbal, this 400-year old church features a vintage belfry that is four stories high that also served as a watchtower during the Spanish colonial era. The church building was rehabilitated to its original structure after being damaged in World War II and the 1948 earthquake.

This church, which is situated in one of the city’s treasure troves, is noticeable with its color that is caused by the material used in its construction, which include reddish coral and limestone. Unfortunately, the Lady CayCay earthquake in 1948 left the church only with its bell tower, the façade and a few pillars from the convent. When entering the building, you will find a huge number of mosaics, which make it unique from other churches in the country.

While there are many other churches that you will find in Iloilo, make sure you do not miss the ones on this list. By doing so, you will definitely have a worthwhile experience while in the city.