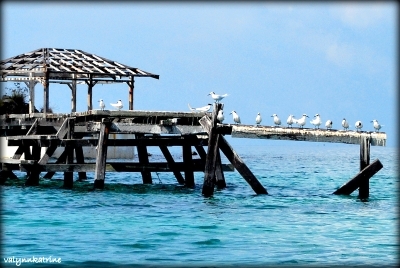 Have you ever been to Mindanao? If you are hurdled with the fact that the region is unsafe, and that it is the base of military troops, I must say you are not true to your travel passions. Yes, this major island may be hot on the news most of the time because of the current events happening there, but let’s not forget that it is part of the Philippines – a travelling haven for those who seek fun, relaxation, and adventure in the tropics. With that said, you will surely enjoy the provinces within Mindanao, and one of which is Tawi-Tawi.

Located in the Autonomous Region of Muslim Mindanao (ARMM) is the island province of Tawi-Tawi. It has 11 municipalities, with Bongao as its capital. But because of the news about kidnapping circulating the media, tourists, especially foreigners, are too scared to visit the province. The mere mention of the Tawi-Tawi is even frightening for travellers. However, unlike what the TV portrays about the province, it is actually a great place to be, according to tourists and bloggers who have gone there.

If you are brave enough to dismiss hearsays, you should consider visiting Tawi-Tawi during one of your adventures. Apart from the warm and friendly people, it is abundant in natural wonders. Here are some of them:

A visit to Tawi-Tawi is incomplete if you don’t go to Bud Bongao, a mountain that towers at 1,030 feet, which is also considered sacred for the Muslims. It takes about an hour to reach the summit, but the trek uphill is not a loss since there are also mystic attractions to see along the way. One of them is the Muslim graves of members of an ancient royal family. Another is the presence of macaques that you can feed with bananas – nope, it is not to please them, but to keep them away from messing with some of your things. They say the best time to climb the majestic mountain is in the morning so you can still marvel at the beautiful sight once you are up there.

A couple of beaches hug the coast of Bongao, and most of them are gifted with powdery, golden sand. Most tourists say that the Silisad Beach is the best, with its gorgeous rock formations and crystal clear waters. Locals visit the beach during the weekends to get-away from the hustle and bustle of their everyday lives.

Sangasiapu Island lies on the southwest coast of Sanga-Sanga. Small yet charming, it is inhabited by about 5 families. Getting here requires tourists to hire a boat from Bongao. The trip is worthwhile because the island has sandy shores and turquoise waters. It also boasts of a vibrant marine life, which makes it an ideal place to go snorkelling.

Sitangkai is a town dubbed as the “Venice of the Philippines”because of the use of boats as its primary mode of transportation. It lies on the southernmost part of the country, and is a setting to internationally renowned local movie by Brillante Mendoza called “Thy Womb”.

Tawi-Tawi had always been a place to stay away from when it comes to holidaymaking in the Philippines, but the news that circulate the media is not all true. Let’s just hope that the notion of the province as notorious will vanish so as to lift the hideous curtain that has been covering the fact that Tawi-Tawi is a natural wonder in itself.