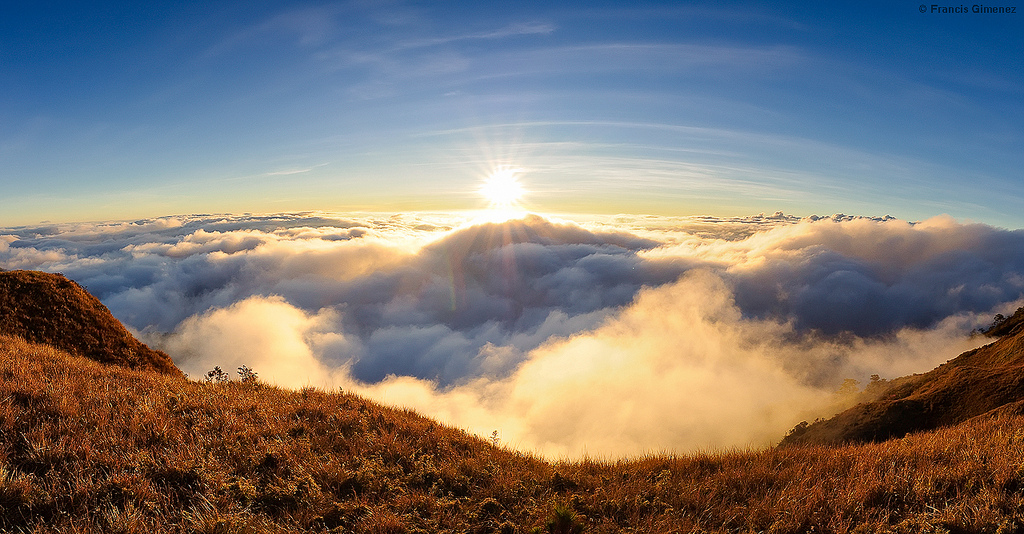 The town of Ambaguio is a 5th class municipality in Nueva Vizcaya province. But, don’t get fooled by its stature because it is big in eco-tourism. At the same time, due to its cold weather, similar to that of Baguio City, its moniker became little Baguio.

The term Ambaguio was taken from the Igorot word bagiw, meaning moss that covered the stones and trees of the wilderness surrounding the area. The local inhabitants in that town then called the town E-ambagiw, which means the Conqueror of Moss. After a series of changes, the name Ambaguio became its current name.

The town is a collection of forests, lakes, and rivers with a total area of 18,560 hectares. It was once a place for wild animals such as chickens, ducks, deer, and hogs. The inhabitants’ sources of income include fishing, hunting, and farming. During harvest time, the people would carry the farm produce to the market with the use of bamboo baskets along the narrow foot trails.

It was only in 1966 that the Ambaguio officially became a municipality by virtue of the Republic Act 4735.

The mountain dubbed as the highest peak in Northern Luzon is Mt. Pulag. This peak can be accessed via the main road through the highway of Ambaguio town or through Benguet province. Its trail is consisting of a path from Ammoweg-Upper Napo-Belete, Kayapa-Babadak, Benguet before you can reach the Ranger Station in the area.

The local government is currently looking for ways to improve the trail as well as the establishment of facilities for foreign and local tourists. Accordingly, they are searching for funding via the convergence program between the DPWH (Department of Public Works and Highways) and the DOT (Department of Tourism).

Apart from the trail, there are also eco-tourism potential that offer sports tourism in the area. These activities involve sports tourism such as rope course at the Gulon Peak and the Nabubungan Cave, rock climbing, water tubing, and water rafting through the river Matuno and its branches. Additionally, activities may include sightseeing, hiking, and mountaineering at the highest peak in Ambaguio town named Mt. Pullol.

The annual celebration of the town fiesta is called the Baykat Festival. This showcases traditional and cultural practices of the tribe Kalanguya, a dominant indigenous group of the town. This has been celebrated through their songs, dances, rituals, and some noted agricultural practices.

If you want to visit this eco-tourism site, you can take the bus from Metro Manila. Among the choice of buses, include Baliwag Transit, Victory Liner, and the like. This should be bound to Cagayan Valley that passes by the province. If you have a vehicle of your own, you can take the route from the North Luzon Expressway or NLEX. You can take the exit at Sta. Rita. Take note that Nueva Vizcaya can be accessible by Cagayan Valley Road, which is a long way from Metro Manila, taking around 6 hours of travel via land trip.