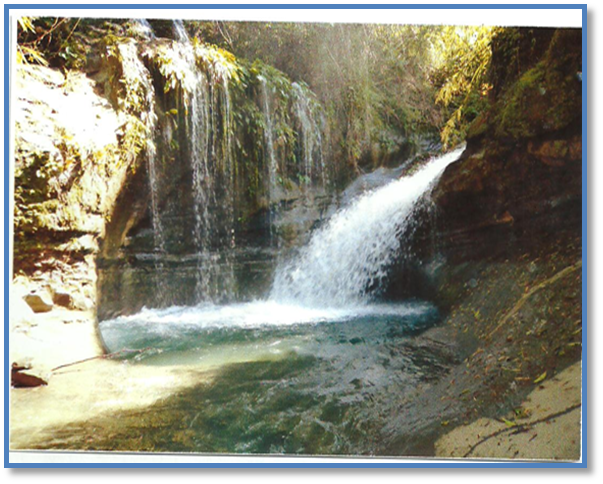 The second southernmost town of the province of Ilocos Sur in the Philippines, Santa Cruz has a bloody but colorful past. It is known as the site where Spanish conquistador Captain Juan de Salcedo landed to get some provisions on his way to pacify the North. As soon as he and his men came ashore, they immediately went to the top of the highest sand dune here and planted a big wooden cross to declare the place has been conquered by them. The cross is highly visible to the mariners who passed by, thus describing the place as “Santa Cruz”. After the cross has vanished, the name Santa Cruz was retained, especially by natives who were converted to Christianity.

Before the Spaniards came to Santa Cruz in 1601, there already existed a small settlement by the Ilocanos beside the Patupec River, specifically in the northern part of the present town. It was built by the Ilocanos after the victorious battle against the Igorots, who tried to conquer them. The settlement was then called “Taripnong” probably because of its houses being constructed closely together, having a strong unity. But afterwards, the Ilocanos decided to change the name to “Napinget”, which means “fearless” and “strong-willed or determined”, to commemorate their glorious victory.

When the Spanish conquistadors arrived at Napinget, it was already a flourishing community. Not wanting to be ruled by foreigners, the locals then took up arms against the Spaniards, but their numbers and weapons were no match for the invaders. They were defeated and placed under the rule of Juan de Salcedo, who was the grandson of Miguel Lopez de Legaspi who conquered Manila.

As previously mentioned, the place was then called Santa Cruz, which means “holy cross”, after the cross planted by the Spaniards here to signify their success of conquest and their establishment. Also, a Christian was then built in the place, and the Rajas who ruled the old settlement were then converted to Christianity, with their pagan names retained to become their Christian surnames.

What the Place Has to Offer

Though Ilocos Sur may be stereotyped as “Vigan”, Santa Cruz offers a different ambiance with rivers, forests and waterfalls that are ripe for exploration. A favorite among locals here is the enchanting Kagutungan Falls that can be reached by a 30-minute trek through a lush forest. Aside from this beautiful falls, there are also other great places of interest here, such as the Sinminublan Pool and Botigi Cave, which are both unspoiled and great to see for yourself. And like other cities and barangays in the Philippines, which are predominantly populated by Christians, Santa Cruz also has its own festival or fiesta that is celebrated each year.

Santa Cruz is about 7 to 10 hrs drive from the country’s capital, Manila. If you are looking for a convenient means of travel to this place, you can hop on any air-conditioned bus that is operated by companies, such as Dominion, Viron Transit or Partas.