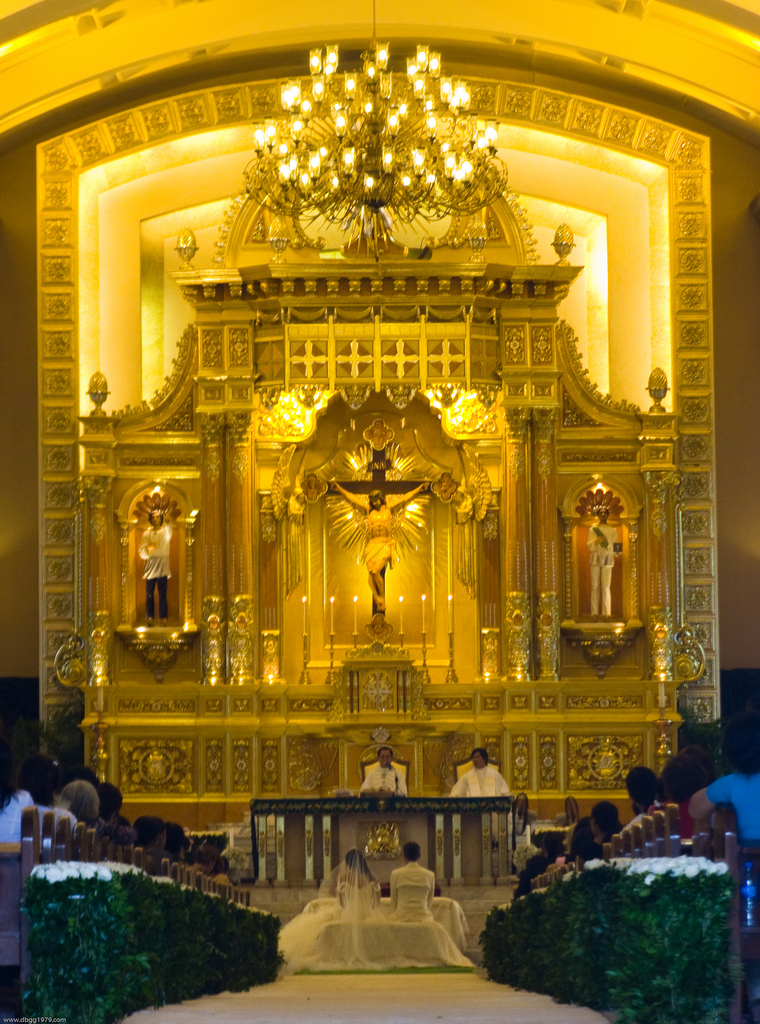 You only get married once. Well, at least in this predominantly Catholic country where marriage is considered holy and divorce is not an option. So, make that big day extra special by exchanging your vows in of Philippines’ stunning churches. Here’s our top pick in no particular order.

Like most churches built during the Spanish era, the cathedral has a typical Spanish colonial design. It was built with 2-to-3-meter thick walls to withstand typhoons and other natural calamities. Its exterior facade features a trefoil-shaped pediment decorated with carved floral relieves. Just above the main entrance is the carved Spanish Royal Coat of Arms, reflecting the contribution of the Spanish monarch to the church’s construction.

The cathedral has been over hundreds already and has witnessed countless marriages under its high ceilings.

The Binondo Church, also known as Minor Basilica of Sto. Lorenzo Ruiz, is a 16th-century church founded by the Dominican priest in the District of Binondo, Manila. The current church is a reconstruction of the original church, which was greatly destroyed by the 1762 British Bombardment and during the Second World war.

The Taal Basilica or the Basilica of Saint Martin of Tours is the largest church in the Philippines and in Asia, and it was not very difficult to see. It sits atop a hill and stands at 88.6 meters tall and 46 meters wide. It is very visible in most parts of the Taal town.

The Basilica was built in Baroque style and was made of coral stones and adobe. Its most noticeable outer features are the 24 classical columns in pairs and lined in rows of six.

The interior of the basilica is notable for its spaciousness as well as its lighter atmosphere – probably because it permits more natural light and because of its white and pale peach color.

Canonicaly known as Nuestra Senora de la Porteria Parish Church, the Daraga Churh in Albay was built by the Franciscans in 1772 under the patronage of the Our Lady of Gate. To describe the church beautiful would be an understatement as it is probably the most stunning and picturesque of all Philippine churches. Its exterior facade features an intricate curves and design, which is much in contrast to its strikingly simple yet bold interior. On a clear, sunny day, you’ll be able to get a great view of Mt. Mayon, providing you with a gorgeous wedding backdrop.

Last but definitely not the least is the Sto. Tomas de Villanueva Parish Church or the Miagao Church in Iloilo. Listed as UNESCO World Heritage Site, the church was founded in 1731 by the Augustinians. It was built in Baroque Romanesque architectural style using adobe, egg, coral and limestone.

The church’s facade features an ornately decorated bas-relief which design reflects the influences of the Medieval Spanish, Chinese and Muslim cultures. On each side of the bas-relief is a huge watchtower belfry.

Upon entering the church, the gold-plated retablo or sanctuary will catch your attention. The altar contains three niches with the crucified Christ in the middle and on his sides are the statues of the church’s patron saints, St. Joseph and St. Thomas of Villanueva.