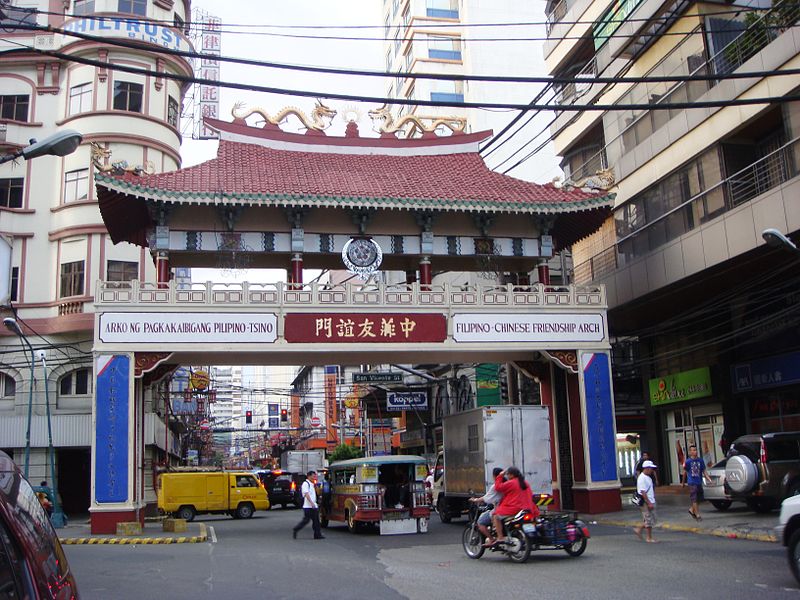 The center of Chinese life and culture in the Philippines since pre-colonial times, the Chinatown in Binondo, Manila marks the earliest trade relations of pre-Hispanic Filipino natives who dwelt along the Pasig River and Chinese traders who sailed along the South China Sea.

Before the Spaniard colonized the country, trade relations already existed between China and the Philippines, particularly in the coastal areas of the country’s 5 centers of trade, which include Manila. However, the Spanish colonization attracted more Chinese to migrate, viewing the colonial cities in Southeast Asia as business opportunities that were waiting to be exploited. They served as middlemen of business enterprises and a source of cheap labor—a reason why they are tolerated by the Spanish colonial government. However, they were segregated to an enclosed Chinese community, called “parian”, which became the Binondo area, which was supporting the bulk of the galleon trade. On March 28, 1594, Governor General Luis Perez Dasmariñas bought the area and gave the land to the Chinese for their settlement.

If you are planning to visit Manila, then you have to experience what the Chinatown in Binondo is all about. Here are what you can expect from the place:

Located in front of the Santa Cruz Church and just a few meters from the Carriedo LRT station, this fountain was dedicated to Don Francisco Carriedo—the man responsible for the piped water system installed in the city.

Leading to Ongpin Street, which is known for the many jewelry shops and restaurants, the Arch of Goodwill is one of the many arches that mark the boundary of Chinatown and is a landmark that commemorates the friendship between the Filipinos and the immigrant Chinese.

You will come across the Feng Shui Store just near the Goodwill Gate, which is a popular place for the local Chinese to buy their Yin Yang charms and Feng Shui items. The store is packed to the ceiling with a wide variety of items.

Eating along the Chinatown will be one big, tummy-filling, adventure you can do in the place. Here, you will find almost all Chinese cuisine, such as Shanghai food, Beijing delicacies, Cantonese meals, Fujian gastronomic delights and even Filipino offerings. Prices can range from very cheap to that rate fit for the emperor type.

You should visit the Temple of Kuang Kong, who is known by the Chinese as not only the God of War, but also Patron of Martial Arts and Scholars. This Buddhist temple is open to the public, where you can light incense sticks, put them in the urn at its entrance and say your prayers. Aside from this, there are also red wooden half moons that you can use to have your fortunes told.

Chinatown in Manila is recognized as the oldest Chinese community in the world, with its restaurants, bazaars, quaint shops, streets and alleyways conveying the atmosphere of “little China”. Nowadays, it incorporates Filipino traditions after centuries of acculturation, that going to the place would mean more than just having a taste of Chinese tradition—it would be a tour into the Tsinoy’s past.