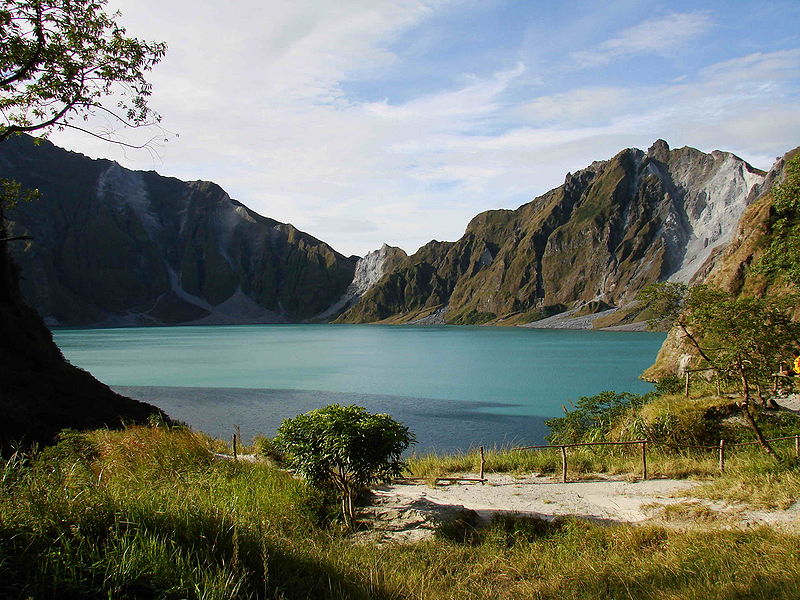 If you are an avid trekker and are looking for an adventure like no other, then you should include Mt. Pinatubo, an active stratovolcano near the tripoint of Pampanga, Tarlac and Zambales provinces in the Philippines, in your bucket list. Why? It offers one of the most majestic climbs ever. Its lake crater changes color from blue to green and to blue green, offering trekkers a dazzling view. Visitors to the volcanic mountain often remark of its sense of calmness and serenity.

Mt. Pinatubo has been the center of beliefs of the indigenous Aeta people who lived in the slopes of the volcano for centuries after they fled the conquering Spaniards. They believe that they share their habitat with various spirits living at the mountain’s foot mountain, and that their highest deity, Apu Malyari, is residing close to the summit.

On 15 June 1991, the world witnessed one of the largest eruptions of the 20th history after the 1912 eruption of Novarupta in Alaska. The terrestrial eruption was further complicated by the arrival of Typhoon Yiying, creating a lethal mix of rain and ash, and severely damaging surrounding areas by ash deposits, pyroclastic flows, and lahars (mudflow or debris flow) caused by rainwaters that re-mobilized earlier volcanic deposits. The effect of that eruption was not only felt in the country but also worldwide as vast quantities of minerals and metals were injected to the surface environment and more particulates were introduced into the stratosphere—resulting to a temporary increased in ozone depletion and dropping of global temperatures.

A 5-mile walk and climb through water, rock and forest, Mt. Pinatubo is classified as a minor climb with a difficulty level of 2 and a trail class of 1. In other words, it is a relatively easy and relaxed trek. It is not a recommended climb for pregnant women, children (under 13 or 14 years old) and physically challenged though as the trek can get strenuous, especially as you ascend to the rim of the Crater Lake.

What to Wear and Bring

Don on your most comfortable trekking clothes. Rush guard is ideal as it can protect you from both the scrapes and the sun. And with the walking portion of the trek lasting up to 2.5 hours, make sure you are wearing comfortable tennis shoes; avoid sandals if possible. Oh yeah, make sure to bring extra shoes for the end of the journey because your feet will get wet as you walk through creeks.

The views of the crater are nothing short of amazing and are definitely worth every minute of the long trek. Its color turns into a beautiful cyan from December to February. It is also very safe to swim in—just don’t go in the middle because the current might pull you underneath. Kayaks are available for rent, so really don’t have to get totally wet to enjoy the crater lake.

You may climb Mt. Pinatubo anytime of the year, but you might want to pay attention to the weather especially during the rainy months, May to September. Heavy rains can easily cause lahars that have stranded many trekkers in the past. Experts do not recommended climbs to the mountain if there is any typhoon or low pressure in Luzon, even when there is no storm warning in the provinces of Zambales, Tarlac and Pampanga.