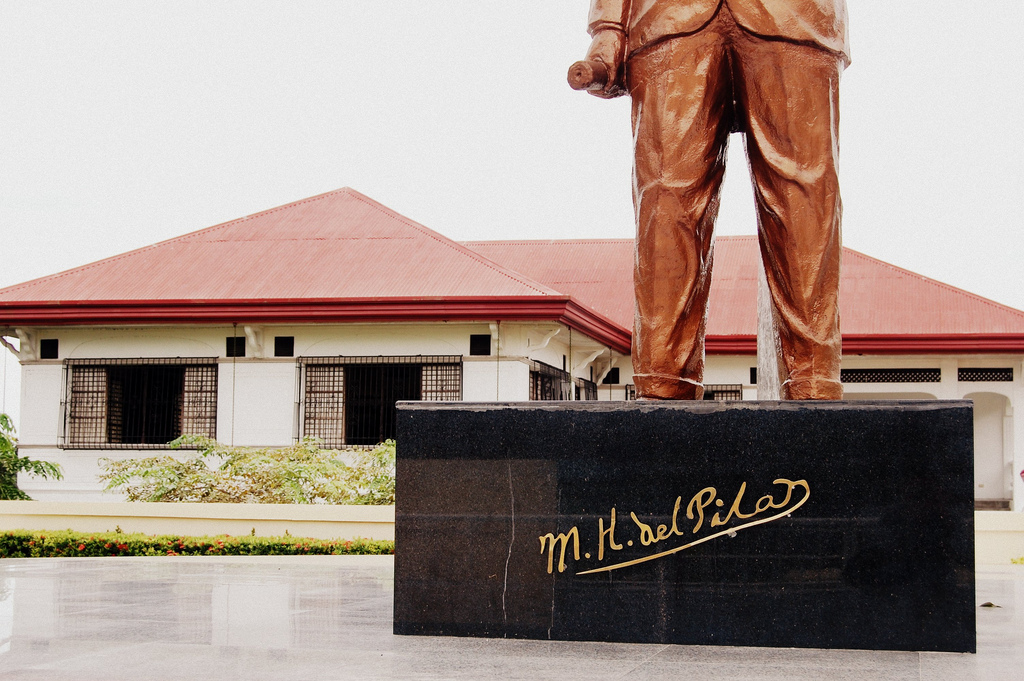 Feel the heart and soul of the Philippines in Bulacan. Its history and tradition, its land, culture and its people. Truly a melting pot of the past and the present, the old and the new, the countryside and the urbane. Bulacan is noted as the land of heroes, beautiful women, progressive cooperatives, small and medium-scale industries. It is also known for excellent craftsmanship in making jewelries, leather crafts, buntal hats, pyrotechnics, bone in-laid furnitures and garments. Bulacan also has emerged into a reputable resort haven of Luzon. Just a few minutes north of Manila by car, Bulacan resorts provide an accessible and welcome respite from the pressures of city life.

The province’s name is derived from the Tagalog word ‘bulak’ meaning cotton, which was its former principal product. Bulacan started with small fishing settlements along the coast of Manila Bay and expanded into the interior with the coming of the Spaniards. These settlements formed the nucleus of towns that were founded from 1572 (Bulacan and Calumpit) to 1750 (San Rafael). In 1848, the town of San Miguel was annexed to Bulacan from Pampanga. Bulacan was one of the first eight provinces to rise against Spanish rule. The first phase of the Philippine Revolution ended with the signing of the Pact of Biak-na-Bato in San Miguel in 1897 between the Filipinos and the Spaniards, after which Aguinaldo was exiled to Hong Kong. The second phase saw the drafting of the constitution of the first Philippine Republic by the Malolos Congress at Barasoain Church in 1898. The subsequently established republic had its capital at Malolos until President Emilio Aguinaldo transferred it to San Isidro, Nueva Ecija in 1899 when the Filipino-American broke out. When the Americans established a civil government in the Philippines, they held the first election in the country in the town of Baliuag on May 6, 1899. Bulacan is the home province of heroes like Francisco Baltazar (Balagtas), “The Prince of Filipino Poets”, Marcelo H. Del Pilar, “The Great Propagandist” and Gregorio del Pilar, “The Hero of Tirad Pass”.

Like the rest of Central Luzon, Bulacan’s climate consists of two pronounced seasons: dry from November to April and wet for the rest of the year.


Biak-na-Bato National Park in San Miguel. The exact place where the late President Emilio Aguinaldo once took refuge while leading the resistance movement against the Spanish and American colonizers. It contains “palisades” or rows of columns which developed into walls partitioning off the cave into several rooms. Recommended activity: Spelunking.

Bulacan is in the southwestern part of Central Luzon. It is bounded on the north by Nueva Ecija, on the east by Aurora and Quezon, on the west by Pampanga and on the south by Rizal, Metro Manila and Manila Bay.

All buses bound for Northern parts of Luzon pass through Bulacan. Malolos is a near 30-minute ride from Manila. Baliuag Transit in Cubao has buses that leave every half hour for Baliuag and Hagonoy.

The language used in the province is predominantly Tagalog.

The province of Bulacan is veering away from being an agricultural area to an industrialized one. Its proximity to Manila gives it the advantage as a favored site of industrial establishment including leather tanning, cement bag making, ceramic textiles, food processing, shoe making, and many others. The majority in the rural areas, however, are still dependent on agriculture for their livelihood. Rice is the principal crop, followed by corn, vegetables and fruits.

Bulacan consists of 24 towns with Malolos City as the provincial capital.

Light casual clothes are recommended. An umbrella and a raincoat are must during the rainy season. Adopt to local customs and accept local differences (whether social or cultural). When shopping in a public market, haggle for the cheapest price. Always bring loose change when taking public transport to avoid inconvenience. Learn some local basic phrases. They may come very handy.

The history of the province from the Spanish occupation has been replete with events worthy of recollection. As early as the time of the coming of Legaspi to conquer Manila with two of his subordinate officers, Martin de Goiti and Juan Salcedo, the Bulakenos thru their seafaring brothers from Hagonoy showed their instinctive love of country by helping Raja Soliman, King of Manila, fight the Battle of the Bangkusay Channel.

The history began when a small settlement of fishermen lived along the coast of Manila Bay before the coming of the Spaniards. Later on, these settlers became farmers after moving inwards as they discovered that the land in the interior part was fertile and very much drained by the network of rivers and streams. These settlers grew and flourished into large and prosperous settlement now known as the province of Bulacan. It is believed that flowers bloomed in the region when the Spaniards came. Because of these sprawling green orchards, vegetables and profusely flowering plants, as well as beautiful women, this lovely land had come to be called Bulacan as sort of shortened term for “bulak-lakan” and/or a derivative of the word “bulak” (kapok) which abound in the province even before the Spaniards came.

The signing of the Pact of Biak-na-Bato in 1897 was a brilliant chapter in the history of Bulacan. However, the crowning glory among the series of historical events in the province was the establishment of the Capital of the First Philippine Republic in Malolos. The Malolos Church and the Barasoain Church will be both remembered as the executive headquarters of President Aguinaldo and as the Legislative, from September 10, 1898 to March 29, 1899. It was also in Malolos that the famous and historical document, the Malolos Constitution, was drafted and ratified.

Bulacan is also the cradle of noble heroes, of great men and women. The early people of Bulacan, being descendants of a freedom-loving race, had also risen in revolt like their brothers in other parts of the country. Bulacan was one of the eight provinces, which rallied behind the Katipunan’s call for an all-out insurrection against the Spanish tyranny in the late 19t h century. It produced the del Pilars, Balagtas, Tecson, Valenzuela, Torres, Estrella, Ponce, Sandico, Panganiban and many others. The Bulakenos take fierce pride in their history and tradition and they live by these glories. By these glories, they are quick to display leadership and seek fullest commitment to national goals.

The Province of Bulacan may very well be considered as one of the few provinces in the Philippines that greatly benefit from its geographic location. The province boasts of its strategic location, which is equidistant with the northern and southern parts of Luzon. At the same time, it is proximate and accessible to the National Capital Region (NCR) or Metro Manila where most of development impulses originate. Bulacan is one of the seven provinces comprising the Central Luzon Region. It is bounded by the provinces of Aurora and Quezon on the east, Nueva Ecija on the north, Pampanga on the west and Rizal on the southeast and Manila Bay on the southwest.

Dubbed as the “Northern Gateway from Manila,” it is in Bulacan where the national trunkline road, Philippine-Japan Friendship Highway, forks in the Cagayan Valley Region in the northeast and towards the rest of North Luzon in the north and northwest. Such accessibility is a key factor that prompted private investors to develop several industrial estates in the province.

Bulacan has also become an important link between the large and consolidated consumer market in Manila and the resource-rich provinces of North Luzon. The province’s strategic location is further highlighted in Central Luzon ‘s regional development as it is expected to play an important role in realizing the “W Growth strategy of the Medium Term Development Plan of the Region.”

GATE-AWAY TO THE NORTH

Bulacan, the Gate-away to the North of Metro Manila, is bordered on the southwest by Pampanga, northeast by Nueva Ecija, and east by Quezon Province. It is flat and alluvial in the west, rolling plains and hilly on the center, and mountainous on the east. It has a land area of 2,625 square kilometers, and a population of nearly 3 million.

The MacArthur Highway traverses the province from north to south. Most major towns can be reached through the North Luzon Expressway. A good number of motor vehicles owned largely by private individuals provide mobility to Bulacan’s populace. Aside from five main highways that traverse the province, all roads are widely dispersed throughout Bulacan.

Bus terminals of Baliuag Transit, California Bus Line, Sampaguita Liner and Royal Eagle are in Baliuag, Balagtas and Hagonoy. The main bus lines of Philippine Rabbit, Victory Liner, Aladdin Transit that originate from their main terminals in Manila, Pasay and Quezon City and travel northward to cities and towns in Pampanga, Tarlac and Zambales, pass through Bulacan via the Tabang exit.

Casa Real Malolos
The first printing press of Bulacan, Casa Real is a museum with a collection of antique Bulacan-made furniture. As well as the beautiful terno gowns worn by its leading ladies. Open Tue-Sun., 9AM-5PM

Barasoain Church, Malolos
Housed the earliest democracy in Southeast Asia, Containos a vital collection of ecclesiastical artifacts, as well as a world-class Light and South Museum.

Kakarong de Sili Revolutionary Memorial, Pandi.,
The memorial commemorates the sacrifice of 3,000 Katipuneros in the name of liberty in December 1896

Mercado House, Bustos
A fine example of the Colonial stone house (bahay na bato) is famous for its stone relief carvings on the facade. A sculpture garden garden is dedicated to the Modernist Conrado Mercado.

Hiyas Museum, Malolos
The library, museum and cultural center of Bulacan. See the historical collection that chronicles Bulacan from the pre-colonial period to the 20th Century. View the magnificent mural History of Bulacan by the late muralist Amadeo Manalad

Nature At its Best

Hilltop, Norzagaray
View the magnificent Ipo Dam reservoir! Or catch a glimpse of the Sierra Madre mountain range that ring the eastern areas of Bulacan. Ideal for spelunkers.

Puning Cave, Dona Remedios Trinidad
Explore Bulacan’s new ecotourism sites! The Puning Cave complex is a series of caves reached via a six-hour hike through through the last unspoiled frontier of Bulacan. Ideal for Spelunkers.

Verdivia Falls, Dona Remedios Trinidad
Watch water from the Sierra Madre tumble into the hillsides as one hikes through Barangay Talbak. Ideals for bikers, mountaineers, and day hikers, Mount Lumot Dona Remedios Trinidad. The highest mountain of Bulacan, located at the Sierra Madre range in Barangay Camachin ideal for basic and advanced mountaineers.

Angat River, Calumpit
Hike, Bike or picnic in the placid river banks, of the Angat River as its way across Calumpit. Visit Balagbag Bridge, were a famous battle was waged April 1899 between Filipino and American armies. Kayak in its clean, crystal-clear waters.