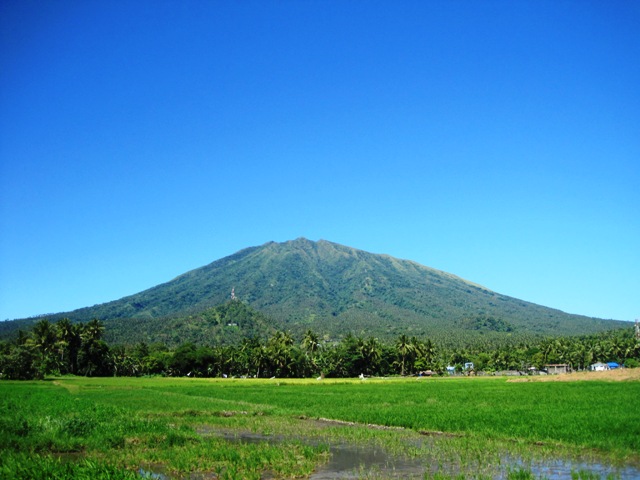 Rugged and beautiful. Those are words that best describe Camarines Sur. While receiving much notice for being the setting of the hugely popular Survivor series on television, there’s much more to Camarines Sur than the lure of the sand, sea and sun.

Called the City of Crystal Clear Springs, Iriga City is a third-class city in the province of Camarines Sur. It is nicknamed as such thanks to the presence of many natural springs scattered across the city – more than 30 of them in fact. And as such, the city is home to several spring resorts.

That said, here are some of the activities you can enjoy in Iriga City:

Mt Asog serves as the prominent landmark of the city. Also known as Mt Iriga, this is an old volcano in the Bicol Region. Yes, Mt Mayon to its south may be better known – around the world in fact – but Mt Asog has its own charms.

Mt Asog is characterized by knife-edged slopes, particularly in the Buhi side. It has a rich history too as its named after an ancient datu (chieftain) called Asog who ruled over the area.

Major jump-off points to hike Mt Asog include Sitio Ilian, Barangay San Nicolas, Iriga City; and Barangay Cabatuan, Buhi. The hike requires around one to two days and the summit can be reached in four hours.

When you take the Ilian trail, you have to ride a tricycle or jeepney to the jump-off point. On the other hand, taking the Buhi trail means getting to Barangay Cabatuan.

The Buhi trail proves more challenging. On the first day, you can use the Esplana campsite as a base. From there, you can explore the Dead Crater on the first day then reach the summit on the second day.

There are several side trips you can sneak in while hiking too, and these include a trip to:

Lake Buhi – a must-visit where you an take a boat ride around the lake and visit La Roca Encantada, an island within the lake.
Sabang Falls – located in Barangay Sta Maria, Iriga City.
Aeta village – located in Ilian Hill.

VISIT ITS MANY NATURAL WONDERS

Not only is Iriga City home to many natural springs, there are waterfalls as well. Two well known waterfalls in the city include Sabang Falls and Tubigan Falls, both of which are in Barangay Sta Maria. Sabang is located 15 kilometers from the main poblacion while Tubigan Falls is about 2 kilometers away.

As mentioned, there are quite a few spring resorts in the city. One is the Masosu Spring Resort located in Barangay San Isidro.

One of the best historical attractions in the city is the St Anthony de Padua Parish which traces its history back to the 18th century.

Another site you can visit is the Inorogan Chapel, which is built on top of a hill at Barangay Sto Domingo. It was built by a local philanthropist to mark the escape of residents living at the foot of Mt Sumagang from death during the 1614 eruption. Whether you fancy the outdoors or some history, there’s fun awaiting you in Iriga City.