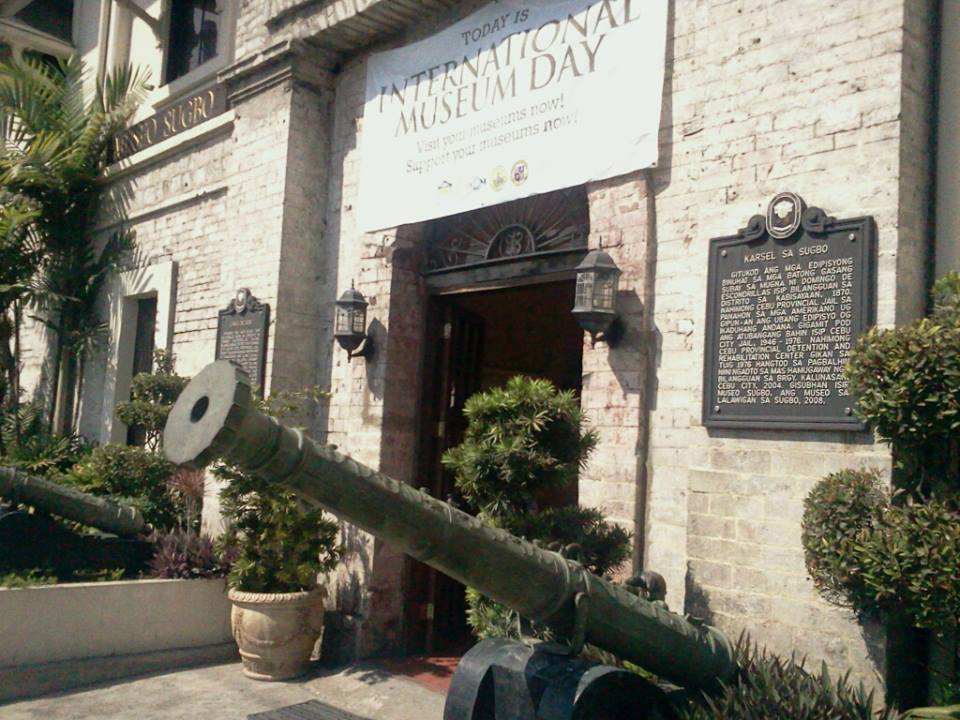 Who would’ve thought that a provincial jail (Carcel de Cebu) would be turned into a historical museum? Well, that’s exactly the case with the Museo Sugbo which lies along MJ Cuenco Avenue in Cebu City.

Built in 1871, the Museo Sugbo used to be the place where criminals served time during the Philippine Revolution and Japanese Occupation. The jail even housed some Katipuneros, a group that banded together to oust the Spanish colonial government.

It was designed in 1869 by Domingo de Escondrillas and was proposed to be the main prison for the Visayas region. This reason alone is why the structure is quite large in size for the time it was built in. Construction started in 1871 and it is said that coral stones from the Parian Church – which was demolished – were used to built parts of the prison.

The prison underwent renovation in 1892 after twenty years of use. Several buildings were added behind the main structure, which is now what houses six galleries of the museum.

During the American period, the carcel was used as a stable for horses that competed at the Hipodromo located close by. However, that was short lived and the structure was converted into a prison once again.

During the Japanese Occupation, guerillas were imprisoned in the carcel. The 1950s to 1976 saw the structure used as both a city and provincial jail.

By the 1980s, the carcel was called the Cebu Provincial Detention and Rehabilitation Center (CPDRC).

The CPDRC was transferred to a location where there was more space and more modern facilities. This happened in December 2004, and then Cebu Governor Gwendolyn Garcia occasioned the conversion of the carcel into a museum. The plan for the Museo Sugbo was for it to be a repository of Cebuano heritage.

On August 5, 2008, the first four galleries of the Museo Sugbo were unveiled.

The following year, the Governor Garcia and Dr Ambeth Ocampo, who chairs the National Historical Institute inaugurated the Visayas Branch of the Museum of Philippine Political History. Also inaugurated was the National Museum Cebu Branch Galleries. Both of these are housed in separate buildings located within the Museo Sugbo complex. When both of these were inaugurated, two special exhibitions were also unveiled: the Senator Vicente Rama Memorabilia and the Gregorio and Jovita Abellana Memorabilia.

The Well of Good Fortune and Happiness, which is a Spanish-era well that was unearthed when the rear area of the museum was renovated, was also inaugurated in 2009.

Four more galleries were added to the museum in 2009 as well, which brought the total collection to 10. There are also two galleries that are still in development: the Provincial Art Gallery and the Cebu Media Gallery.

Other plans for the museum include a reconstruction of what prison life was like using one of the isolation cells in the complex.

GETTING TO THE MUSEUM

#1: You can take a cab ride from anywhere in Cebu City to the museum.

#3: You can take a jeepney from SM City or Ayala Center Cebu. Make sure that there is “MANALILI/CATHEDRAL” in the signboard. Ask the driver and conductor to let you off at the Museo Sugbo.