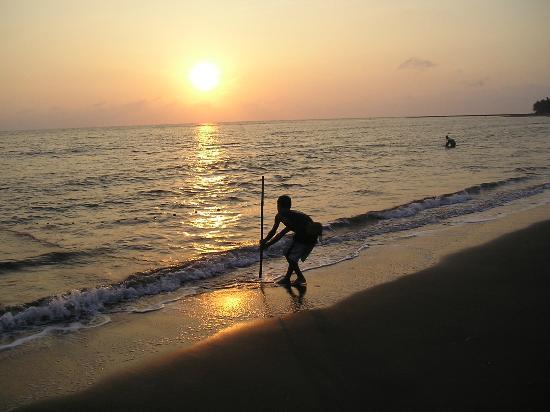 Are you planning on a solo backpacking trip to Ilocandia and looking for a place to make a side trip before heading back home? Why not go try going to Candon City in Ilocos Sur? Traveling is much exciting when you trek the road less traveled, so to speak.

Aside from being famous as the producer of the world’s biggest calamay (kalamay), a delicacy made of sticky rice, sugar and coconut milk, this city is also referred to as the heartland and gateway to Ilocandia and the Cordilleras.

A Bit of Candon City History

It is said that Malayan settlers were the first residents of the city who made a living by fishing, farming and forestry. The name “Candon” apparently came from the name of a gargantuan tree found at the center of the village and was called “Kandong” by the villagers.

When the Spaniards came, the tree was cut down and used in the construction of the first church in the area which also led to the conversion of the people to Christianity. After 50 years of Spanish ruling, a local hero, Isabelo Abaya, spearheaded a revolution which lasted for three days. In March 1898, the conquerors were overthrown and the town of Candon was founded. The acacia trees and the tall trees reaching up to 15 meters high along the national highway of the Poblacion are manifestations of how the city survived the challenges it had faced throughout the years.

Don’t forget to visit Saint John de Sahagun Parish Church, locally called Candon church, and get in awe of its architecture and colorful interior. The murals and stained-glass windows add to the beauty inside. It is located in the heart of the city and during the Christmas season, a tall Christmas tree stands across it.

Tourists and locals are treated to several festivities and events such as the annual Feria de Candon. If you happen to be there during the holiday season, you will see the big acacia trees in the municipal hall and the town plaza adorned with colorful lights as well.

Perhaps you can also be there during the annual Fiesta ti Bantay (Feast of the Forest). There are already around 10,000 trees planted on the 132-hectare land owned by the government at the mountains of Palacapac and San Andres.

However, you might want to put off traveling in August as this is the month when it usually rains while January is the coldest month and dry season is from October to May.

You have three options to reach Candon City:

Candon City might not be as well-known as Vigan but it is a beauty of its own, a promising tourist destination worth checking out.