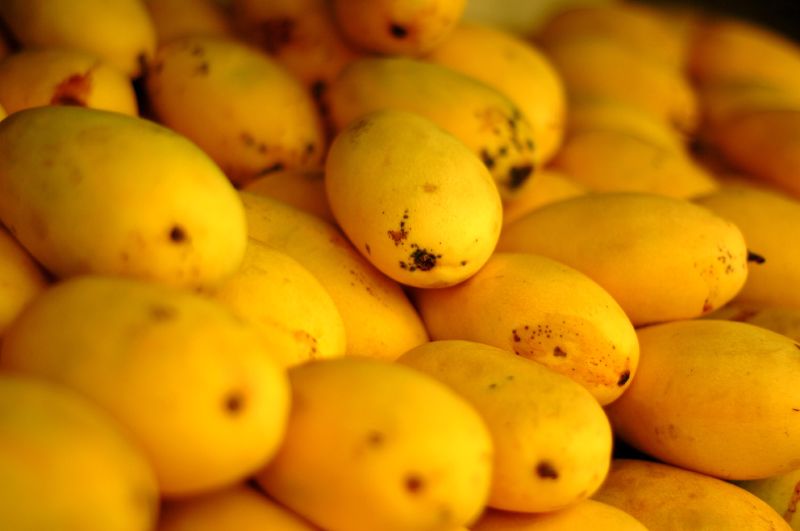 The tropical climate of the Philippines is making it possible for its soil to grow some of the most delicious exotic fruits you can find in the world. Most of these heavenly fruits originate from South America and were brought to the country by the Americans, Spaniards and the West Indies. They can be found fresh on local markets being sold at cheap prices, but some of them can be only available seasonally. Now, if you happen to be bound for the Philippines for your next travel, make sure you try the following fruits the country is known for.

Undeniably, the Philippine mango is the juiciest and sweetest in the world, which is even recorded in the 1995 World Guinness Book of Records as the sweetest fruit. Among the sweetest of the Philippine mangoes are coming from the provinces of Guimaras and Zambales. Also, these mangoes come in a wide variety, but the most popular is the “kalabaw” mango. Locals eat unripe, green mangoes with shrimp paste (bago-ong), though this might be a usually acquired taste. Plus, this unripe mangoes are great with vodka and cocktails.

Known for its large size and unique aroma, this king of tropical fruits had found its way into the country through the neighboring countries. But while some people regard this fruit as fragrant, others are finding its aroma offensive and overpowering. Alfred Russel, a 19th-century British naturalist, famously described the fruit’s flesh as “a rich custard highly flavoured with almonds”. The place in the Philippines where this fruit calls home is the province of Davao in Mindanao.

This fruit is known to be very refreshing as fruit shake. Also, you can find avocado-flavored ice cream on the local groceries, among which a very popular brand is Arce. Avocado is just sold cheap in the country. They are sold at 1 dollar per kilo and even as low as .50 dollar per kilo when in season.

When ripe, this fruit is very sweet and has a very aromatic flavor. It also widely used as cooking ingredient for local desserts such as ginataan and turon.

These are sweet and succulent little round fruits, but the sweetest lanzones come from the province of Camiguin. In fact, the place holds an annual festival celebrating these fruits.

Though this fruit is widely available in many countries around the world, nothing could beat the refreshing taste of a succulent, juicy and sweet watermelon in this country, especially those harvested during the summer months.

This fruit’s aroma might be compared by many people to beer, but you do not have to let this idea fool you, as it is really tasty. Its flavor is exceptionally sweet with what can be described as a malty flavor. This fruit originally came from the West Indies.

Very creamy and sweet, this fruit might require a little bit of effort to eat, as it has a lot of seeds. Coming in white to light yellow in color, this fruit resembles and tastes like custard.

This sweet and sour-tasting fruit is only available during the summer season. Its bigger variety, called “Bangkok”, is sweeter, while the smaller variety is on the sour end.

Aside from those mentioned above, there are more exotic fruits in the Philippines that you can try, including the star apple (kaimito), Java plum (duhat), soursop (guyabano), star fruit (balimbing), lucuma (chesa) and the Spanish plum (sinigwelas).

Try them out. For tourists from countries with temperate climates, we highly recommend you checking out any of the above tropical fruits from the Philippines. We guarantee they taste way better than the ones you see at your local supermarket.

What Philippine fruits have you tried? Which one is your favorite? Let us know by commenting below. Thanks!