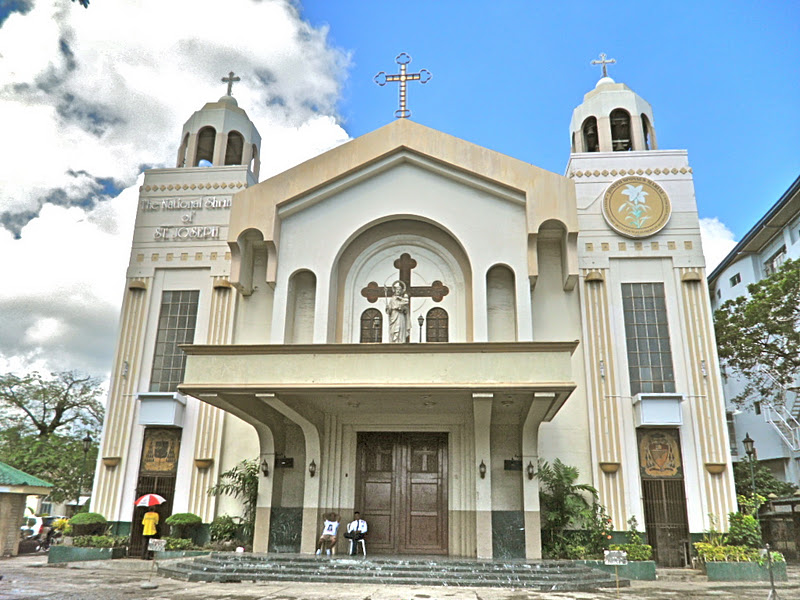 Mandaue City is one of the highly urbanized cities in the Province of Cebu and part of the Cebu Metropolitan area. It is connected to Mactan Island by two bridges and is bounded by Cebu City in the south and west side. Although it looks fairly small in the map, locals know that Mandaue City is quite huge and covers different areas, comprising 27 barangays (village). It takes a good amount of travel time before anyone can say they’re out of Mandaue City and in Cebu City. With a total land area of 34.87 km2, it has several landmarks worth checking out.

With numerous landmarks spread across the area, they have been categorized into cemeteries, museums, parks, sports, historical and natural.

Although not as old as other historical landmarks, CICC did make it to the history books as the venue for the 12th Asean Summit and 2nd East Asia Summit that was held in Cebu. In fact, it was built specifically for these events. The 3-storey structure has a large Plenary Hall, Exhibition Hall and Meeting Rooms. Following the earthquake that rocked Cebu and Bohol, CICC sustained some damage that will also be noted in history of how frail the building is due to substandard work and overpricing.

The National Shrine of Saint Joseph has been greatly renovated that some of its features that were part of the original structure is no longer present, such as the four large pillars that provided support for the cupola. Still, being strategically located in Mandaue City, it is a well-known Roman Catholic church in the area. It houses a statue of the Child Jesus, set next to St. Joseph, which is in the style of 18th-century ivory.

Known among the locals as the Mandaue City Hall, the Mandaue Presidencia showcases a Neo-Grec style structure, built in the heart of the city. It has served as the seat of the government for the city, and, since the Commonwealth era, has been the office of the mayor.

Before the barge operation was completely stopped, Ouano Wharf is a bustling area where ships from Bohol, Leyte and other parts of the country dock to bring supplies for many major industries. It also provided an alternative for people from Mactan Island to reach Mandaue City via the sea. Today, only older people remember the role it played in the past, and young ones probably have only heard about it when news about its owner being gunned down came out in July 2011.

The San Miguel Brewery in Mandaue City has been around for like forever that people used the landmark to provide direction. It is where people get off or get on a Jeepney (local public transportation), or find connecting ride to other areas in Cebu. It is one of the six production facilities strategically built to ensure availability and freshness of products. During educational trips, it is also one of the facilities that are often visited.

Apart from these, Mandaue City also has plenty of shopping malls spread all over the place. They vary in sizes and the number and type of products sold.