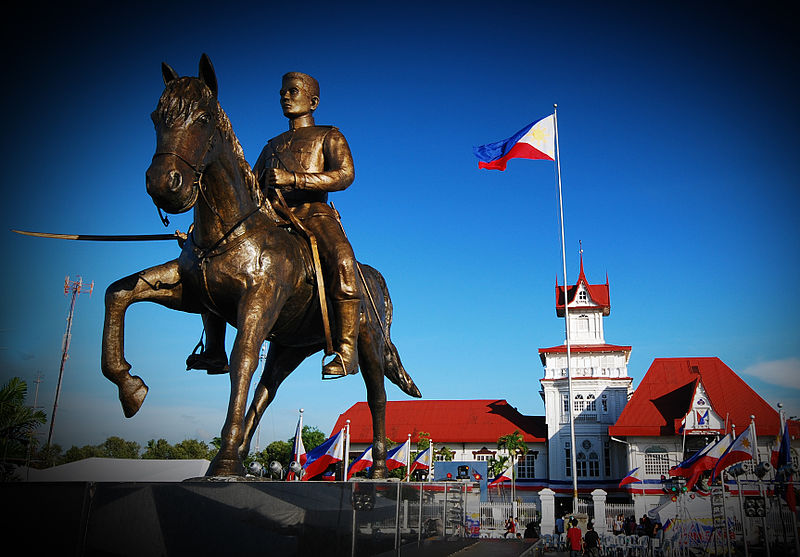 Cavite is known as a place where significant revolutions against foreign colonists took place. In the late 16th century, arriving colonizers saw an unusually protruding land thrust into Manila Bay and realized its value as a primary staging ground from where they could launch their huge galleons. The place was then named Kawit, which means “hook”, as it seems to resemble one and then became the most important port that linked the colony to the outside world.

Cavite is truly rich with tales of the past, and when you are planning a trip to this beautiful province, here is a list of historical sites that you should visit:

This is Aguinaldo’s ancestral home where the general proclaimed Philippine Independence from Spain on the 12th of June 1898. It was also here where the national flag, which was made by Marcella Agoncillo in Hong Kong, was first hoisted officially and where the national anthem composed by Julian Felipe was first played.

This is the largest of the five islands that guard the entrance of Manila Bay. Originally, this tadpole-shaped island was a mere fishing village with a lighthouse and signal station to guide all ships that entered and left the bay. It was here that American colonizers built full-scale fortifications that are complete with long-range anti-aircraft guns, tractor guns, underground command center and a hospital for injured soldiers. During the last Pacific War, the island became a vital combat zone between the Allies and the Japanese Imperial Army, and was the last stronghold that fell in the hands of the enemy. Today, it is a favorite tour destination with memorials to peace and to the soldiers who died in the war standing side-by-side silent cannons and rusting artillery.

This ancestral house was once the residence of Andres Bonifacio, the founder of the secret revolutionary society, Katipunan, and one of Philippine Revolution’s architects. Though the house is renovated many times, its original Spanish-style design, with a facade of red bricks and adobe, still remains.

Because of the vagaries of time and war, not one of the eight churches in the walled city remains today. However, the belfry of the Recoletos still stands as silent witness to the piousness of the early Caviteños.

This is the site of a fierce battle between Filipino and Spanish soldiers that took place on the 9th of November 1896, which lasted three days. This site depicts a shining moment of the struggle of Filipinos for independence.

This was built in 1906 to honor the revered martyrs of Cavite and today still holds the remains of six of these martyrs. With the help of the Department of Tourism this former monument was transformed into a centennial plaza when it celebrated its 100th-year anniversary.

These are just some of the historical sites in Cavite, but they could be the most important ones to visit and get a good glimpse of the place’s history and culture. Aside from these, you can also check out the Battle of Naik Site, Gat Andres Bonifacio Memorial Shrine, Isabel and Julian Bridges, Battle of Alapan Marker and Flag, and many more!

Highly accessible from Manila, Cavite can be reached by public transport which is available from about 5 a.m. to around 10 p.m. daily. Particularly, Saulog and St. Anthony buses going to the province load and unload passengers at Vito Cruz corner Harrison St. near the Horrizon Plaza. You can also find here some taxis that you can hire for your trip.