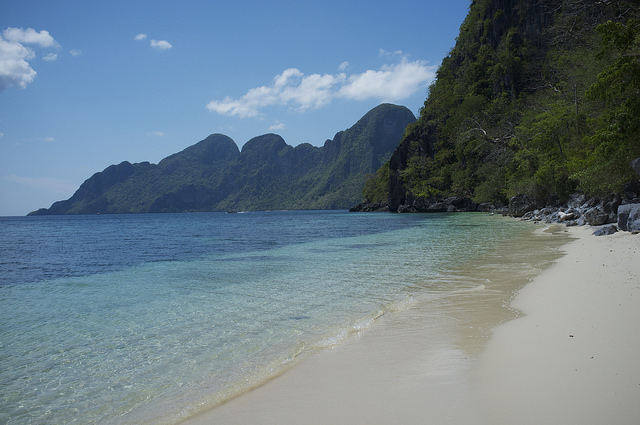 Alaska, Bahamas, Carribean, Europe, Hawaii and Mexico – these have always been the most popular destinations among cruisers. There’s one emerging destination that’s everyone going to love though, the Philippines. Here are just some of the reasons why.

Choose From More Than 7,000 Islands

The Philippine archipelago is composed of a chain 7,101 islands, making it one of the most unique countries in the world in terms of geography. The islands are divided into three island groups: Luzon, Visayas and Mindanao – each boasting unique cultures, dialects, dishes, and world-class destinations.

A small-ship cruise into the archipelago will treat you to one of the most unforgettable experiences of your life. A sea studded with dozens of small islands – limestone rock formations with some shrubbery, many of which disappearing during high tide – will greet you upon your entrance into the Philippine sea.

A cruising adventure in the Philippines gives you chance to bask into the rawness of nature and enjoy some sweet time away from hustle and bustle of the city.

For those who love the world underwater, the archipelago has some of the best snorkeling locations in the world boasting of crystal-clear waters and rich marine life. It offers you plenty of opportunities to don on your snorkel and mask, jump into cool deep blue, water, swim with stingrays, whales and school of fishes, and explore shipwrecks from the World War 2. And if you’re in for something more challenging, scuba diving perhaps, you have plenty of wonderful spots to choose from. There’s Anilao in Batangas, also known as birth place of scuba diving in the Philippines; the Apo Reef in Mindoro, the largest contiguous coral reef in the country; and the Tubbataha Reef in Palawan, where you’ll to get a kick out of the beautiful Japanese ship wrecks and super rich marine life.

Philippines is a country that’s not only rich in natural resources but is also home to some of the most awe-inspiring heritage sites in the world.

To name a few, there is the Historic Town of Vigan in Ilocos, a well-preserved 16th-century Spanish colonial town with architecture reflecting the cultural elements of the Philippines, China and Europe fused together to create a townscape that has no parallel elsewhere in Asia. Then there is also the Rice Terraces in the Cordillera Region built by the Ifugaos some 2,000 years ago using very traditional techniques still viable today. It is a landscape of beauty that expresses human creativity as well as harmony between humankind and environment.

A haven for beach-goers and sun-worshipers, there is just plenty of places to go for those who love the sea, the sun, and the sands.

For nature lovers, there’s the majestic Twin Lagoons in the Calamian isle of Coron that will literally take your breath away with its magnificent limestone rock formations and crystal clear waters. Unlike Boracay, its location is more remote and doesn’t accommodate an overnight stay, limiting the number of tourists you encounter and allowing you to enjoy the beach better.

As of writing a cruise ship terminal in Iloilo, a city in the island of Panay in the Western Visayas region, is to open this year. Department of Trade officials revealed that a representative from the Royal Caribbean Cruise has visited the city and has considered the Iloilo City International Port of Loboc in Lapaz as potential cruise terminal. The cruise company is also eyeing other locations, including the ports in Subic in Zambales and Puerto Princesa in Palawan. This means that we are soon going to see an increased number of cruises in the country in the next 12 months.