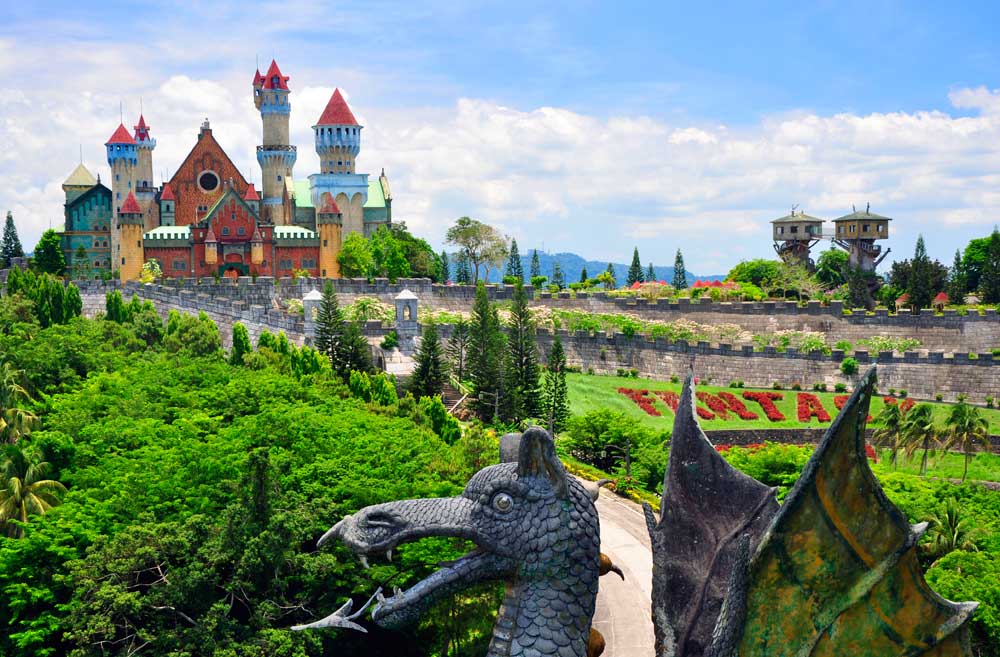 A visit to the Philippines usually means heading to the beach or enjoying the mountains. But those looking for a theme park kind of adventure won’t be disappointed with the collection of places to go to for the said activity. Here’s a look at some of the best around the country:

Usually just called by its abbreviation EK, this is one of the closest theme parks to Manila. Located in Santa Rosa City in Laguna, EK is just 39 kilometers from Manila and offers a wide variety of fun and rides. The outside of the park resembles Disneyland but the interior looks to be inspired by Universal Studios.

The park is divided into several zones:

An oceanarium located behind Quirino Grandstand in Rizal Park. The park is larger than Sentosa Underwater World in Singapore in terms of floor space. One of the most interesting features of the park is the 25-meter long underwater acrylic tunnel.

The park is organized according to the following sections:

Also in the park is a sea lion performance which opened back in 2010.

Home to more than 800 animals from close to 100 species. The most popular resident in the zoo is Mali, an Asian elephant who arrived in 1977 from Sri Lanka. Other animals featured in the zoo include:

The botanical garden, on the other hand, features plant collections form the Philippines and South Pacific region.

Located on top of a soft rolling mountain ridge in Tagaytay, Fantasy World overlooks Taal Lake and Volcano. Its primary objective is to be a membership club that will maintain a country club, amusement theme park and water park for its members. However, that plan didn’t quite pan out.

So today, non-members can gain access to the grounds but for a fee. Nowadays, it’s mostly used as a place for pre-nup photo shoots.

This is the only open water marine park in Southeast Asia where animals live and play in their natural environment. Located in Camayan Wharf, West Alanin Forest Area, Subic Freeport Zone (a former US Naval base), you get to see whales, sea lions and other sea creatures.