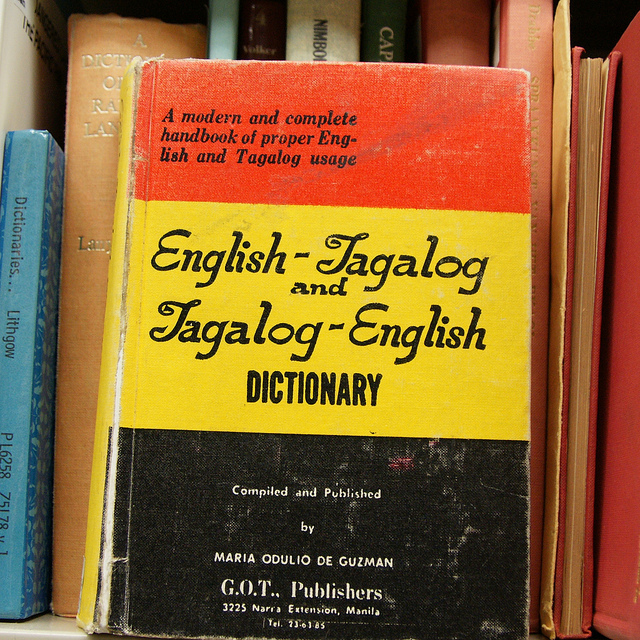 Filipinos are unique. Set apart due to their distinct, different orientations and perceptions of things, way of life and use of language. A visitor in this beautiful Southeast Asian tropical country must be armed not only of the knowledge of where to go to several breathtaking white beaches and interesting places to explore but to appreciate its unique and colorful cultures, values, history and language as well. But you need not to worry for a Filipino is a multilingual so asking where street to go to or what mode of transportation to take he can easily answered back. Understanding and pronouncing their words and phrases they used can be learned but if you have no time to do so you can at least learn the basic phrases for practical application as you explore one island of its more or less some 7,000 islands.

Understanding some of 170 dialects is quite formidable so we can somehow maneuver our way around since almost each Filipino of its some 80 million inhabitants speaks English as its second language as well as Spanish.  Though the most common used are Tagalog, Ilocano, Visaya, Bicol, Cebuano, Hiligaynon, Waray-waray, Kampangpangan, Bohol, Pagansinan, Maranao, Tausug and Maguindanao.

Filipino is the official language and the most widely used language in the island.  Knowing the language and understanding them is another. What shall we remember when we set our feet in the ground of Philippines?

Shyness unmasked Filipinos are greeters. At first, they may appear to be bashful to strangers particularly towards foreigners but after several exchanges they easily warm up and welcome you.  Foreigners to most of them if they are Caucasians are thought to be Americans regardless where they came from. It will not matter if you are French, English or Dutch.  Accents are peculiar to them. Perhaps this is due to American colonization way back in 1989-1946 up to the time the US Strategic Bases closed down in 1991  Americans were the foreigners they were most accustomed with. The perception that foreigners are Americans is shared by the majority of people. However, this perception is changing as times pass by.  Tourists are loved and welcome anytime.  In the Philippines, it is best that you reach out first, extend a greeting then you will be greeted and smiled back.

The Basic Filipino greetings are translated to the nearest English in meaning and in context. One of the benefits of American colonization and exposure to Americans during their stay in the Philippines is the ability of a Filipino to comprehend and to speak the universal language of the west. Philippines is an archipelago geographically divided in three (3) main islands, Luzon, Visayas and Mindanao. We will be providing you with Tagalog translation (which is mainly used in Luzon but understood in Visayas and Mindanao as well) and Visayas/Cebuano (understood largely in Visayas and Mindanao) with their nearest English translation or at times their nearest interpretations. So wherever you are as you explore the beautiful country, you\’ll have a pleasant stay for you are familiar with these Filipino words and phrases especially list down for travelers.

Mabuhay is a Tagalog word to mean welcome or long live. Tagalog is the local dialect of Filipinos wherein the Filipino language is largely based upon. Filipino is the official language of Philippines.  Mabuhay is a salute, a warm greeting or an exclamation of elated feeling.  As a salute, it is similar to the Japanese exclamation Banzai or the acclamation of Viva to mean ‘Long live…!’

Mabuhay whose root word ‘buhay’ means life is an expression used largely used during a toast to mean ‘Cheers!’ in gatherings and parties. It is also a warm greeting to welcome guests and a manifestation of hospitality towards visitors or to strangers.  Nowadays, Mabuhay is also used to praise a highly esteemed individual or public (political) personality.

As an applause during a wedding ceremony to express good will to newly wedded couple by exclaiming: ‘Mabuhay ang bagong kasal!’ will earn friendship and a sense of kinship from the couple, their families and guests present during occasion especially if done by a foreigner.

‘Ganda which’ means beauty is the word ‘Maganda’ is derived from while Umaga means Morning. Combined the two, Magandang Umaga literally means beautiful morning. This is acceptable and loosely translated as ‘Good Morning’. The meaning of Maganda and Maayo is one and the same.

This Filipino greeting is used between 11am to 12 noon but not after 1pm.  Filipinos are not basically time-conscious for when they work the schedule revolves around meal times. Meal times in a day dictate when work stoppage starts and ends. ‘Tanghali’ is loosely translated to mean noon but not necessarily to mean afternoon.

This greeting can only be used during the hottest time of the day in the tropical country , Philippines, which is between 1pm to 5pm. But during the Late November or December wherein sun sets early one must be informed not to use this greeting anymore.

The word ‘gabi’ means evening or night. So you can freely greet anyone as long as the sun is nowhere in sight.

In Japan, one greets ‘konnichiwa’ anytime of the day to mean good day/good afternoon/hi/hello. This greeting is konnichiwa nearest equivalent.

Kumusta is a greeting passed down to Filipinos by their Spanish colonizers\’ (1521-1898) ‘¿Cómo está? ‘ .  This is an expression of concern.  When you use this term be prepared to receive narration of long tales especially if the one you are greeting it with someone who is fond of you. Filipinos are so friendly that sometimes they tend to share private stories to strangers.It is a sign of courtesy and a sense of gratitude. Furthermore, when one say ‘Maraming Salamat po’. It shows that you are really appreciative of what is being extended to you whether it is a service or an object.

Found below is a list of Filipino Phrases you must be familiar with:

Its loose translation is ‘it\’s nothing’. For most Filipinos the appreciation of his courtesy or gesture of assistance of help makes them uncomfortable. A compliment will make a Filipino uneasy outwardly but inwardly they are elated. It is what also you say when you are being thanked for a help or an assistance.

OTHER BASIC WORDS AND PHRASES

This is phrase is used when one asks for forgiveness.  Filipino gets hurts easily but forgives quickly as well.

NOTE: This is said simultaneously while preferably knocking at the door, far better if said earlier than the actual knocking or pushing of the button of a doorbell. Filipinos prefer calling his attention by loud voice than a knock at the door or a dingdong of the door bells especially on the rural areas.  They prefer warm, exciting human voices of their visitors for them it\’s a sign of close relationship or a sense of familiarity.