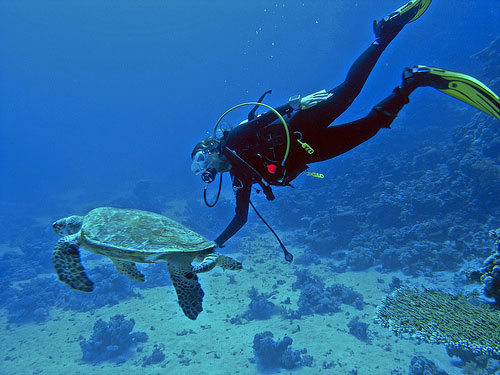 The Philippines is known for having some of the best diving sites in the world, as well as ecologically varied marine and aquatic resources. This year, the country has been named the world’s leading diving destination once again at the prestigious World Travel Awards (WTA). The Philippines has received the prize for the third year in a row.

There’s no end to the options when it comes to exploring the country’s coastline and its varied underwater features. Some of the best scuba sites in the country are Anilao in Batangas, Puerto Galera in Oriental Mindoro, Tubbataha Reefs Natural Park in Palawan, Balicasag, Panglao and Anda in Bohol, and Malapascua and Moalboal in Cebu.

Why scuba dive in the Philippines?

The Philippines is a top diving destination. Its popular diving sites have amazing clear water and pristine corals that are among the best in the world. It also offer the most affordable diving in Asia. With very affordable equipment, it’s an ideal place to learn to dive or continue your diving passion.

However, dive tourism has not yet been able to fully take off in the Philippines in comparison to Indonesia, which has been very successful in converting into a tourist destination with spectacular dive sites and coral reefs.

But while Indonesia has managed to create a good reputation, Indonesia’s reputation is not as strong as that of the Philippines, which has a better reputation for being a very welcoming place.

Dive tourism is also a small part of the Philippine tourism industry. As a destination that is still in its infancy, it is important for the Philippines to keep its dive sites pristine.

“This distinction is indeed a great privilege, yet, it underlines our great responsibility of protecting and conserving our underwater resources so that these will also be enjoyed and experienced in their pristine natural state by future generations,” Tourism Secretary Berna Romulo-Puyat said Thursday as she welcomed the citation.