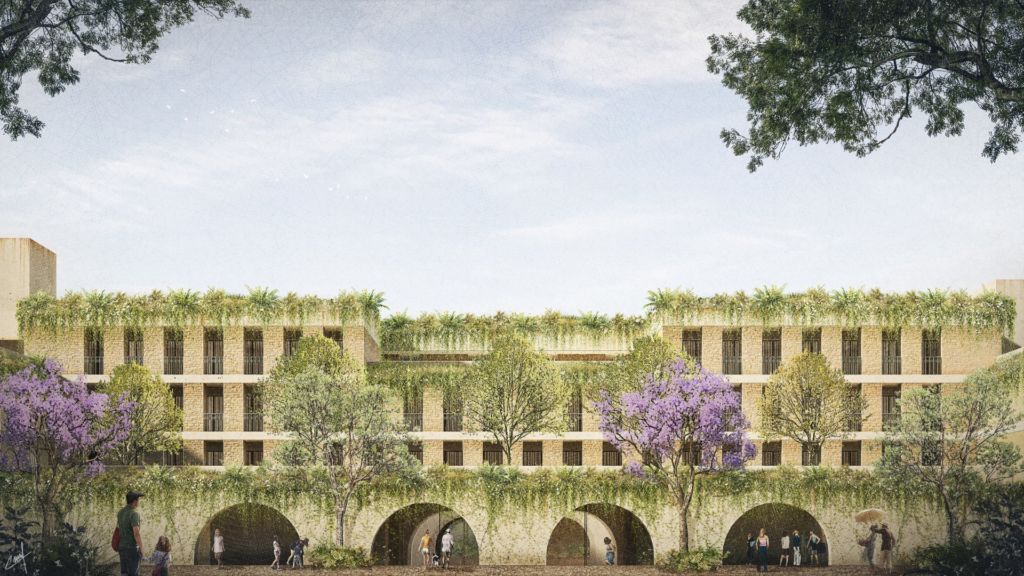 “As global interest in luxury travel continues to rise, we are perfectly positioned at the forefront of the trend by expanding our offerings to welcome the discerning traveler in new and highly desirable destinations across the Caribbean and Latin America,” said Juan Corvinos, senior vice president, development, architecture and construction, Caribbean and Latin America, Hilton. “We are excited about the growth of our portfolio in the region and introducing our distinct brands in landmark locations, such as San Miguel de Allende. The timeless surroundings of the city, as well as its reputation as a luxury vacation destination, make it a natural fit for the Waldorf Astoria Hotels & Resorts brand.”

With the opening of the Waldorf Astoria San Miguel de Allende in 2025, Hilton will add another world-class destination to its prestigious Waldorf Astoria global portfolio, which currently includes more than 30 iconic hotels and resorts, as well as 18 residential properties that are either open or under construction. Hilton’s luxury portfolio in Mexico already includes the Waldorf Astoria Los Cabos Pedregal, Conrad Punta de Mita, Conrad Tulum Riviera Maya, and the recently opened Waldorf Astoria Cancun. Hilton’s premium expansion in Mexico is part of the company’s larger expansion plans in the nation, where guests are already welcomed at about 90 hotels and resorts across 12 Hilton brands, with an additional 25 properties in the development pipeline.

The Waldorf Astoria San Miguel de Allende will be situated in the middle of a UNESCO World Heritage site, surrounded by the city’s trademark cobblestone lanes and beautifully colored Spanish-colonial architecture. Within walking distance of the hotel are some of the area’s most magnificent attractions, including the famed neo-Gothic church Parroquia de San Miguel Arcángel, a monument that rises significantly over the city’s main center plaza. The hotel will also be close to bustling restaurants, pubs, and local shopping.

“San Miguel de Allende has been recognized as one of the most enchanting cities in the world in recent years, and we are thrilled to marry that appeal with the iconic Waldorf Astoria brand, which is known for its sense of place and community for guests,” said Dino Michael, senior vice president, and global head, luxury brands, Hilton. “Hilton’s growing luxury portfolio in Mexico, including two Conrad Hotels & Resorts properties and two Waldorf Astoria Resorts, has been met with incredible guest satisfaction, and we look forward to creating even more opportunities for travelers to discover the destination through unforgettable experiences at Waldorf Astoria San Miguel de Allende.”

The Waldorf Astoria San Miguel de Allende will be part of Hilton Honors, the award-winning guest-loyalty program for Hilton’s 18 world-class brands, and will include 120 artfully designed guest rooms and suites, as well as 24 private residences managed by Hilton, which will give owners access to all hotel amenities and signature resident services. Wellness-inspired amenities will be available to hotel guests and residence owners, including a cutting-edge fitness facility with yoga and meditation areas, a sumptuous and restorative destination-inspired spa, and a rooftop space with pools and relaxation areas affording spectacular views of the city. A local artisan crafts store and an on-site art gallery will also greet guests, and families will have access to the hotel’s kids and teens club. The hotel’s culinary prowess, which can be enjoyed across three restaurants, two bars, and a coffee shop, complements the multitude of services.

Hilton now maintains a portfolio of 200 hotels greeting guests around the Caribbean and Latin America, as well as a development pipeline of more than 100 properties in various phases of design and construction.