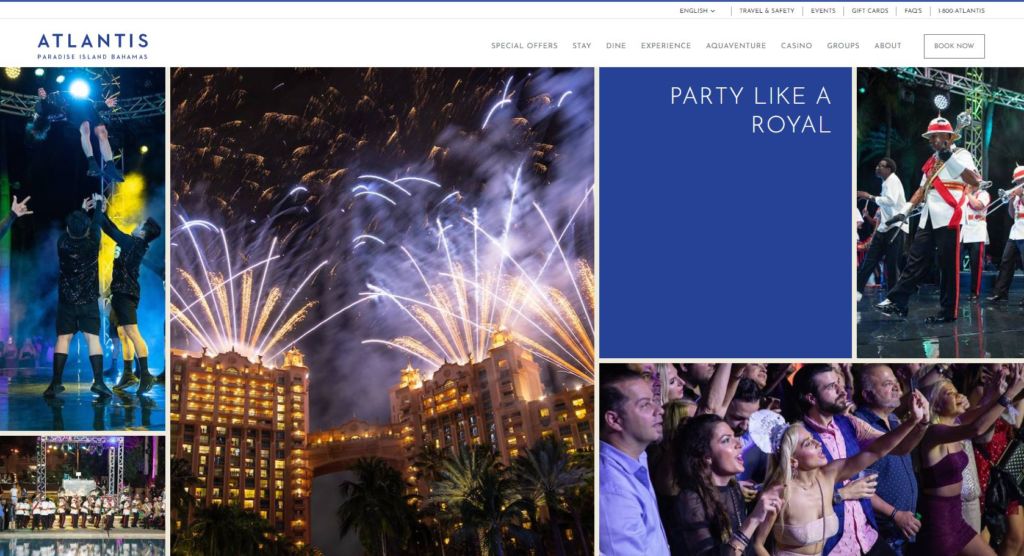 The annual Party Like A Royal New Year’s Eve party at Atlantis Paradise Island will return in 2023 from the Bahamian resort’s iconic Royal Deck.

The event this winter will include a neon light display, a performance by renowned violinist Ezinma, a DJ set by MTV award winner Nick Cannon, and a can’t-miss surprise celebrity performance. The holiday festivities will continue on New Year’s Day, January 1, with a highly anticipated performance on the Royal Deck by Grammy Award-winning duo The Chainsmokers.

On New Year’s Eve, December 31, the festivities will begin at 9 p.m. with an opening DJ set, followed by Ezinma. Following Cannon’s special DJ set, a surprise guest performance on stage will be announced.

A Grucci fireworks show will ring in the New Year later. Throughout the evening, attendees can expect an interactive display of up-close entertainment and activations.

Both activities are available to both guests and non-guests.

Atlantis Paradise Island, a lush, oceanside resort on Paradise Island in The Bahamas, is a dynamic destination that initially opened its doors over 25 years ago as a one-of-a-kind modern marvel of nature and engineering. The heart and soul of this iconic resort are Bahamian culture and the enthusiasm of its cherished staff members. The immersive programming immerses guests in The Bahamas’ rich history, art, culture, food, and festivals while maintaining committed to sustainability and environmental conservation.