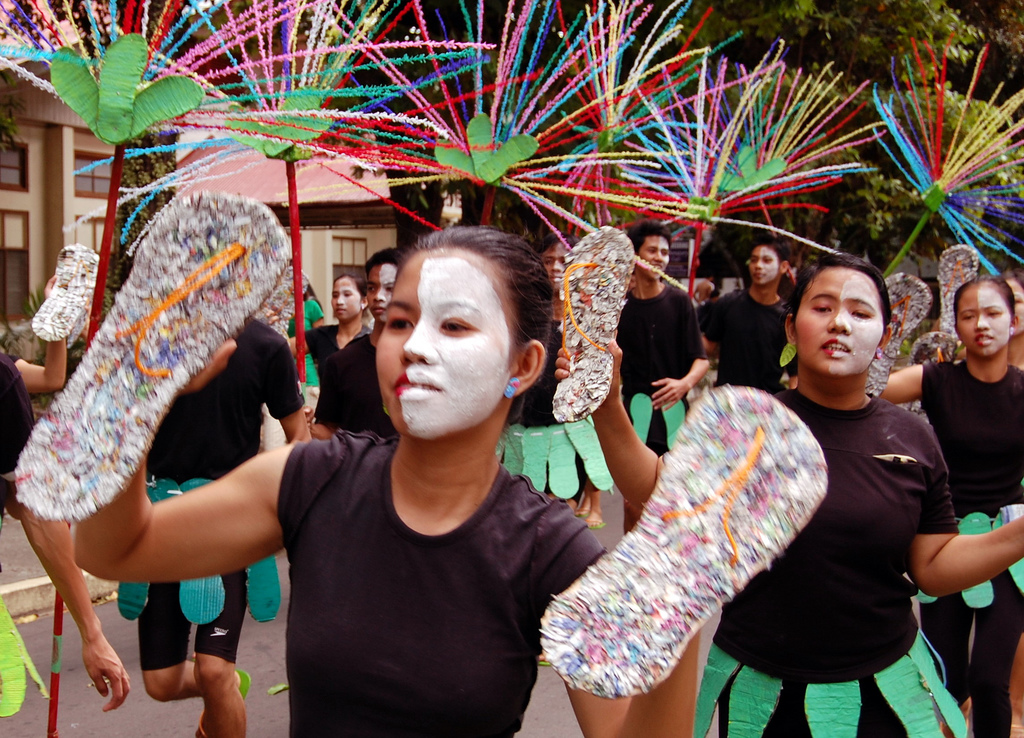 Gapan is a fourth class city and one of the five component cities of the province of Nueva Ecija. Endearingly called “The Footwear Capital of the North”, Gapan is also an important part of the “Rice Granary of the Philippines”. Slipper making is one of the most important industries in Gapan, made apparent by a pair of giant slippers on the city’s welcome arch.

Formerly named Ibon (bird), Gapan was among the first towns of the province of Pampanga after Spanish Catholic missionaries cleared its forests and established a pueblo in 1959. The centuries-old pueblo, church, presedencia and brick mansions during the Spanish era have now become famous landmarks of Gapan.

The early Gapan pueblo was vast, covering lands reaching Cabantuan City to the north, the Sierra Madres to the east and Candaba, Pampanga to the west. Its size disintegrated with the collapse of the Spanish colonization. It became a city on August 25, 2001, with Ernesto L. Natividad as its first mayor.

The best time to visit Gapan is on the last week of April until the first week of May. Gapan’s annual Agri-Trade Fair happens during the last week of April, a warm-up activity to the the Feast of La Virgen Divina Pastora on May 1. A parade called “paseo” commemorates the yearly “bisperas” of the fiesta on April 30 and ends with a fireworks display.

Every 25th of August marks the charter day celebration of Gapan and the Tsinelas Festival to stimulate the footwear industry. This is the best time to purchase various local slipper products at discounted prices.

Gapan belongs to Central Luzon, and being a newly established city, it does not have its own airport. Nearest airports are the Clark International Airport in Pampanga about 82 kilometers away and the Ninoy Aquino International Airport in Manila about 105 kilometers away. The best way to visit Gapan is via land trip from Manila or from Angeles, Pampanga.

Bus fare rates to Gapan from Manila via Five Star Bus are as follows:

The Manila-Gapan trip lasts for three hours and a half. Other bus liners serving the Manila-Gapan route includes Victory Liner, ES Transport, and Baliwag Transit.

From Angeles, the ride takes passengers southwards to San Fernando via the North Luzon Expresway (NLEX), and from there on follow the Gapan-San Fernando-Olongapo (GSO) route passing through Mexico, Santa Ana, Cabiao, Sand Isidro and then Gapan. Private motorists may avoid toll fees at NLEX by taking the MacArthur Highway.

There are not that many fine hotel establishments in the City of Gapan, but the few hotels are enough to cater to the needs of visiting guests. Here are two of them.

Native dishes are served at Luz Kitchenette, Patio de Lis or Bayanihan Resto Grill. Sinampalukang manok, Tinumis and Buro are three of the most popular local dishes of Gapan. Tinumis is a pork blood dish similar to Dinuguan, the only difference is the use of tamarind as souring ingredient. Buro or balao balao is made of fermented rice and shrimp mixture. Sinampalukang manok is a chicken and tamarind soup, the chicken version of sinigang.

Native delicacies and souvenir food items such as pastillas and palutik (pork skin) are available at the Maharlika Highway and public market.

For quick bites combined with some shopping and strolling, tourists may venture into the Walter Mart and other fast food chains in the area.

Gapan’s Three Kings Parish Church is the largest and oldest church throughout Nueva Ecija. This Byzantine structure was built from 1856 to 1872 with the Three Kings and the La Virgen Divina Pastora as its main patron saints.

A visit to The Footwear Capital would not be complete without visiting one or more of Gapan’s footwear shops scattered mostly at the public market.

As a farming city, the local market showcases Gapan’s huge variety of locally produced fruits and vegetables like mango, eggplant, cauliflower, onion and even watermelon.