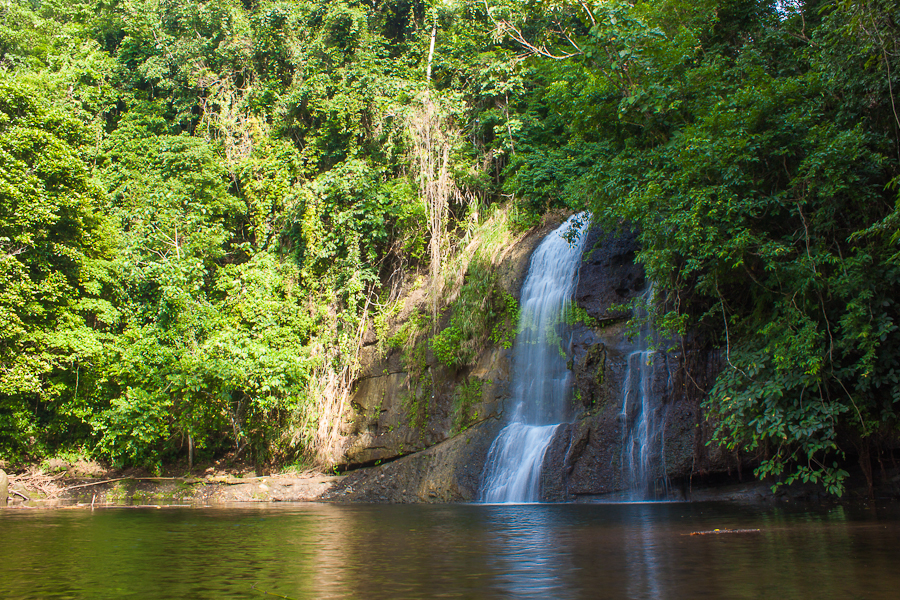 With a seaport and airport in its doorsteps, Calbayog serves as an entry point to Samar. Travelers by sea come into Samar through the Calbayog Port where boats travel to and from Cebu. Alternatively, another seaport is located in Barangay Manguinoo in the Timbacan District where larger cargo vessels and inter-island vessels are docked. The Calbayog Airport welcomes guests traveling from Manila and the airport is also the second choice for those starting their journey in Eastern Visayas.

About 40% of Calbayog is made up of plain and hilly terrains and the rest are rugged mountain ranges. With such a composition, its no wonder why many of the city’s attractions are nature related. Indeed, Calabayog is known as a City of Waterfalls with so many to explore and others yet to be discovered. Apart from some falls, several caves also contribute to the city’s tourism.

Nature and outdoor lovers will find lots of attractions to pass their time with in the city. But while the city of Calbayog may be known for its nature spots, its also a place that is rich in history and culture.

The history of Calbayog can be traced to the spread of Catholicism in the Philippines. Calbayog was one of the areas where Jesuit missionaries were assigned to with chroniclers as far back as the 17th century making notes of the place and its people.

When the Jesuits were expelled from the Philippines in the 18th century, Franciscan friars too over. By 1785, Calbayog was created into a separate parish.

During the American occupation, Calbayog became a major political and religious center. By virtue of Republic Act No 328, Calbayog was made into a city by President Manuel A. Roxas on July 15, 1948.a