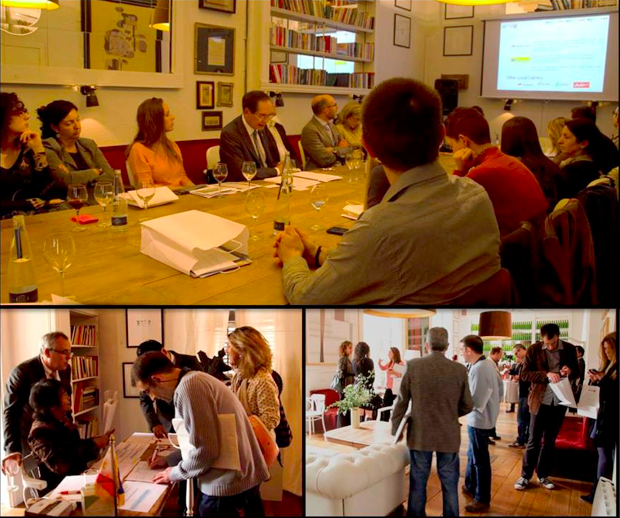 The event was attended by representatives from the airline companies that fly to and from Spain and the Philippines such as KLM, Qatar Airways, and Singapore Airlines as well as, seven major tour operators and 16 travel agencies in Barcelona.

Philippine Ambassador to Spain Carlos C. Salinas provided the participants with a glimpse of the Philippines, highlighting its strong historical and cultural connection with Spain. He also shared with the participants the economic growth and positive outlook being enjoyed by the Philippines as result of the Aquino administration´s philosophy of “Daang Matuwid,” an attitude and way of thinking that emphasizes integrity, transparency, and accountability in government.

Ambassador Salinas imparted to the group the government’s policies and initiatives to bolster tourism in the country, and its efforts to provide world-class tourism facilities and infrastructure with assistance from private sector investors.

Honorary Consul General Jordi Puig Roches, on the other hand, walked the audience through the wonderful sights, attractions, and experiences that tourists can see and enjoy in the Philippines—from the northern to the southern part of the archipelago—summarized perfectly by the country´s tourism slogan, “It´s more fun in the Philippines.”

The audience marveled at the Philippines’ natural wonders and was captivated by the tourist sights shown through various tourism audio-visual presentations.

Both Ambassador Salinas and Honorary Consul Puig emphasized how accessible it is for Spanish tourists to visit the Philippines given the number of flights leaving daily from Barcelona to Manila, and how easy and convenient it is to explore the country through low-cost domestic airlines and land and sea transportations.

Earlier that day, Ambassador Salinas, Consul Arman Talbo and Honorary Consul Puig had a briefing with the members of the local press, namely: Barcelona TV, TV3, Cambio 16, and Ara. The discussion included the positive economic performance of the Philippines for the past years that merited an investment-grade rating from Fitch and Standard and Poors, the bilateral relations of the Philippines and Spain that covers issues relating to trade, investment and cultural cooperation. The press were also treated to a presentation on Philippine tourist sights that await Spanish tourists.

Tourist arrivals in the Philippines have consistently grown through the years as seen from the statistics of the Department of Tourism (DOT). The DOT registered 3.52 million tourist arrivals in 2010, 3.917 million in 2011, and 4.6 million in 2012. The number of Spanish tourists visiting the Philippines however remains low, averaging around 14,000 per year. The low tourist turnout from Spain may be attributed to the Spanish’s lack of knowledge about the country and what it offers to visitors.

Aware of this challenge, the Embassy, together with the DOT Office in London has been undertaking various efforts to promote Philippine tourism to the Spanish market such as participation in local tourism fairs. The seminar in Barcelona is part of this ongoing endeavor to familiarize Spanish tourists on the Philippines, and to contribute to the effort of the government to bring ten million tourists to the country by 2016.