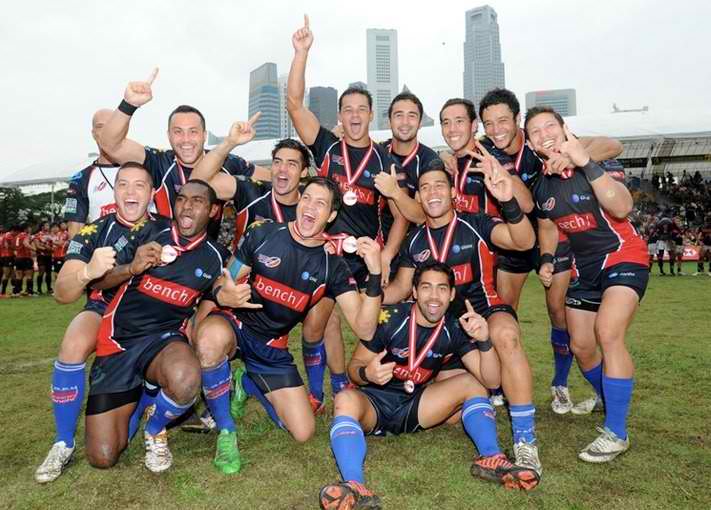 The 10th International Invitational Fat Boy Tens RUGBY Tournament is set to roll out in Clark at the PAF Challenger Field on September 7, 2013 where some 350 players and accompanying persons from 16 foreign and local teams – from Hong Kong and around the globe – are set to compete in a game of rubgy for charitable causes.

This was the announcement made by Regional Director Ronaldo Tiotuico of the Department of Tourism – Region III in a press statement issued recently.

The same set of players is scheduled to mount their Charity Golf Tournament a day before at the Mimosa Golf and Country Club on Sept. 6.

This annual event, as initiated by the Pot Bellied Pigs of Hong Kong, is meant to generate some P6M in donations from well-meaning international company sponsors and charity auctions inorder to help assuage the plight of disadvantaged children in Angeles City including the development of the game of rugby in the Philippines while at the same time contribute towards the generation of more visitor arrivals into the country.

During the last three years of gaming, the Pot Bellied Pigs headed by its president Mr. Alun Grassick from Scotland (ably assisted by Ross Bendix) was able to raise an amount in excess of US50,000 each year for their charitable causes. Among their beneficiaries include: Clark Rugby Club, Philippine Rugby Football Union Development Fund and the Visayas Rugby Football Union. They also support medical projects like providing medicines and vaccinations for hundreds of children across the country.

The group is continuously soliciting contributions from companies that support the development of the game of Rugby. Proceeds go to events like engaging students from various schools in Luzon and Visayas in training clinics – either touch rugby or full contact. Feeding programs are held in each clinic. They also sponsor children’s education in Thailand and have sponsored yurts in Mongolia for the Christina Nobel Foundation. A portion of the proceeds from all-kit sales goes to the club’s designated charities.

DOT-sponsored prize packages such as roundtrip air tickets to Boracay or Davao including More Fun eco-bags will be up for grabs during the club’s charity auction.

Everyone including children of school age is welcome to watch the games. Special feeding program for children will be mounted on the day itself courtesy of Holiday Inn Clark.

To join the Pot Bellied Pigs, donate to their charities, or find out about the club’s next tour, please visit their website at http://www.potbelliesrfc.com/