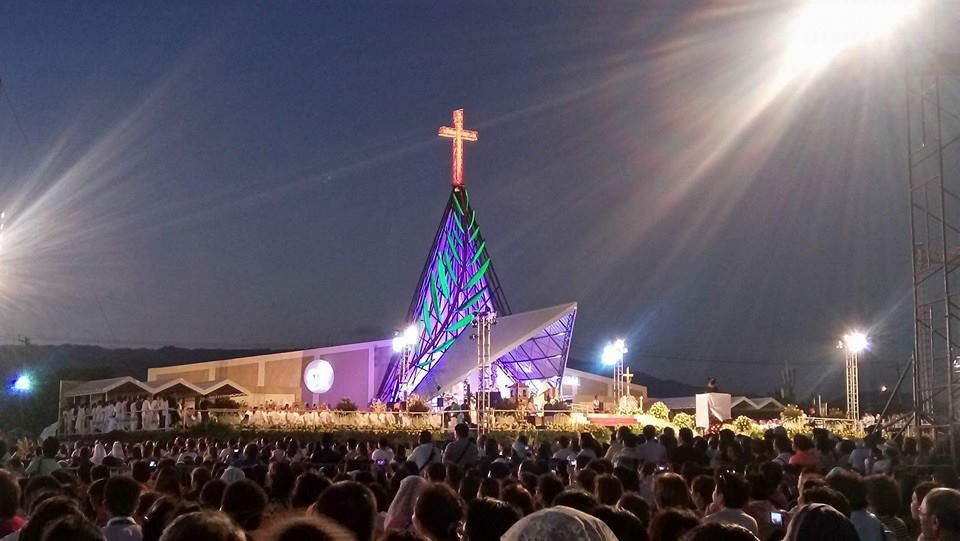 The International Eucharistic Congress came to a grand climax last Saturday with two big masses attended by a mega-crowd of some one million devotees from around the world (really don’t have an idea how they did the counting).

It kicked off with an opening Mass on the 24th of January officiated by Pope Francis’ official representative Cardinal Charles Maung Bo of Burma at the historic Plaza Independencia along Pigafetta Street in Cebu City proper. Thousands of Catholics from over 79 countries came to hear the welcome note of Cardinal Bo while enduring Cebu’s heat and humidity. The Cardinal reminded all members of the faith the importance of the Holy Christ, noting that Christ is present (flesh and blood) in the Eucharistic celebration.

“You are a great nation. The light to Asia,” said the Cardinal, praising the Philippines for being the largest Catholic nation in Asia. “In some parts of the world, Catholicism means Filipino presence,” he quipped, recognizing the migrant workers who sacrificed being separated from their Families to work in other countries.

The 51st IEC continued with dozens of motivating talks by church leaders, inspiring testimonies from Catholic faithfuls all over the world, and wonderful cultural shows prepared by the host city. Most of the morning events were held at the IEC Pavilion, a 15,000-seater hall especially constructed for the celebration. It stands inside San Carlos Seminary in Mabolo and was designed to be accessible to both young and old, even those with disabilities.

The Eucharistic Procession on Friday after the Holy Eucharist held in front of the Cebu Provincial Capitol building attracted over 200,000 devotees. The 3-kilometer walk was headed by Cardinal Bo with the Sacred Host on board a huge monstrance. The event was a spectacle of an endless stream of lights from the lighted candles held by pilgrims.

The 51st IEC concluded with, as mentioned, two BIG Masses. The first Mass was celebrated on Saturday at the Sports Stadium. It was a First Communion Mass attended by 5,000 kids—girls in white dresses and boys wearing white shirts and dark ties—making their First Communion. The Stadium was choking with people despite the sun beating down hard on the attendees. The Archbishop-Emeritus of Cebu, Ricardo J. Cardinal Vidal, presided the Mass and gave his homily from a wheelchair.

The First Communicants were a sight to see. The Bishops looked at them with fondness as they knelt devoutly with their hands joined together to receive Communion. After the Communion was given, some of the children gathered at the edge of the Stadium to sing a song and dance.

After the Mass was offered, there was the usual drama of finding your way through the crowd to get back to your foster family. It was such a chaos every time but it somehow works out in the end.

The second culminating Mass, the Statio Orbis, was held on Sunday in the South Road Properties. It drew almost a million people who occupied the 15.1 hectares of the 25-hectare ground of the Pedro Calungsod Temple. Many of the attendees occupied the back portion of the template going to the nearby SM Seaside mall.

After the Communion, the Cebu Archbishop rose to thank everyone and invited us all to watch and listen to Pope Francis gave his message on the screen for the all the 51st IEC attendees. At the end of his speech, he announced that the next IEC will be held in Hungary in 2020—leading the Hungarian contingent to went bananas in excitement and joy. They excitedly rushed to the front of the sanctuary waving their country’s flag and then a few Cebuano representatives passed them the baton.

After the celebration was concluded, it was then photo ops from there. Bishops gathered in front of the sanctuary for a group photo, while attendees were busy snapping pictures here and there. The official song of the Congress was rendered for the last time with many of the attendees happily doing the actions to the song. Overall, it was a spiritual and activity-filled weekend – one that we’ll probably remember for life.