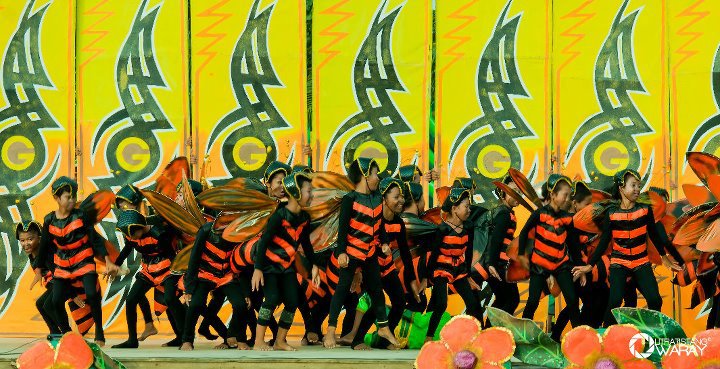 Abuyog is a 1st class municipality situated in the Province of Leyte in the Philippines and faced by Leyte Gulf out into the Pacific Ocean. It is the largest town of the province in terms of land area and is bordered to the east by Mahaplag and Baybay City, to the south by Silago and to the north by Javier.

The municipality got its name when the Spaniards came to settle at the mouth of its river to replenish their supplies. During that time, swarms of bees were all over the shore, and the sailors asked the natives “Como si y llama el pueblo?” Not knowing that they were asked for the town’s name, the natives unwittingly answered “buyog”, which means bees. The Spaniards then repeated after the natives, muttering, “Ah! Buyog”, thus creating the name, Abuyog, to which Spanish chroniclers often used to refer to the entire island of Leyte. This was also the root of the Buyogan Festival, which the country celebrates in the coastal town of Abuyog each year on the 28th of August, where the locally known “buyog” or bees are the centerpiece.

A Little Background of the Festival

What to Expect at the Festival

When watching the Buyogan Festival, you will be experiencing one of the best 10 festivals in the Philippines. The realistic costumes and artistic choreography focus on the movement and appearance bees or “buyog”. The highlight of the festival would be the parade of brightly colored dancers performing a choreographed bee dance. There would also be costumed children buzzing around in a bee-like manner. There would also be other participants joining in the parade tattooed with tribal henna designs on their bodies and faces to represent their town’s ethnic history.

The festival coincides with the feast day of the town saint, St. Francis Xavier, usually around the last weekend of August. Just recently, the Buyogan Festival’s tribe of dancers was declared the champion of the Pintados-Kasadyaan Festival of Festivals, which was held on June 27, 2015.

How to Get to Abuyog

From Tacloban City, you can take a 61-kilometer trip to Abuyog. At the city proper, you can ride a vehicle going to the bus terminal, where you can see vans and buses that are labeled “Abuyog”, usually in their front shields. While on the road, you can see beautiful sights of the plains and mountains along the way. The recent fares for the bus and van are Php50 and Php65, respectively. Your end point in this trip will be the Abuyog Terminal that is situated in Barangay Tab-ok.

If you travel from Ormoc City, it will require you two bus rides before you reach Abuyog. The first will be from Ormoc to Baybay, and the second will be from Baybay to Tacloban. The second bus will just pass by Abuyog, so make sure to tell the driver ahead of time that you are heading to Abuyog. Anyway, you can see big welcome signage upon entering municipality borders, so you will know that you are already there. You can also see a structure of a giant bee, which welcomes you to the place.