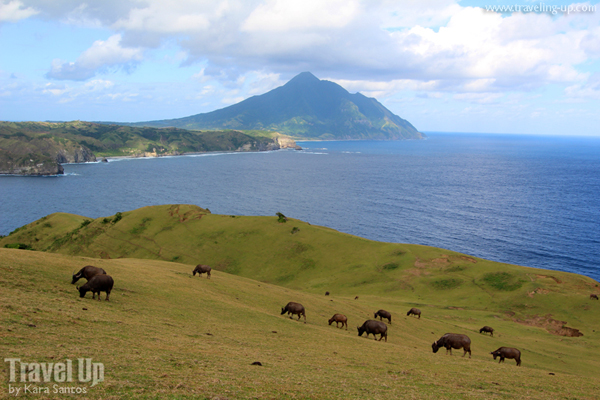 Batanes is one of the most breathtaking places in the Philippines.  It is no wonder that countless tourists from across the world are eager to spend their vacations here and immerse in everything the locale has to offer. If you’re one of them, consider the following sneak peak of the countless places you should see and experience in Batanes.

These natural wonders are a favorite not only of the tourists, but also the locals. In fact, many of Batanes’ tour guides can’t seem to stop talking about the awe-inspiring view and the abundance of majestic wild animals that freely roam the expansive grasslands.

The Fountain of Youth

This man-made fountain welcomes tourists that hike in Racuh a-Idi, a fishing village. After traversing through the remnants of a settlement that dates back to a time before the Spanish inquisition, hikers will see large doughnut-like stones; inserted in these stones are poles which are used for the houses. Cold, crystal clear water can be found at the fountain while a large hut sits where people could go on a picnic.

This place in Barangay San Antonio is where you will find a majestic lighthouse in  the lush green hills as well as a spectacular view of the blue ocean – elements that create a beautiful backdrop for the lighthouse. This structure  is six stories tall, with a viewing deck located on the fifth floor. The viewing deck is the perfect spot for tourists who want to see and marvel at the whole island of Batan including the magnific Mount Iraya.

This is the oldest Ivatan house in Batanes. Still quite study, it has been designed and constructed to provide protection from the harshest of storms and winds that frequently visit the Philippine archipelago. Its architectural syle contains a mix of Spanish and Batanes architecture, which was the first housing to replace the wooden huts of island natives. The house has been considered very valuable as its design cannot be found in any other place in the Philippines.

Some might find this place expensive, but its cost is surely worth the the breathtaking views it offers. You will have a clear view of the ocean atop the cliff where Fundacion Pacita sits. Inside the hotel, you will find not only dining and living areas, but also a museum where works of well-known and freelance artists are displayed. If you’re still not satisfied with what the wide range of wonders inside, you could take a relaxing walk at their beatiful garden.

Located in Tukon, it resembles the traditional style of Ivatan housing; but instead of using cogon as material for the roof, red bricks were used. Painted on the ceiling are the different saints of the municipality. These paintings are a masterpiece of many artists trained at the Pacita Abad Center for the Arts, a famous institution in the locale.

Rivaling the Malboro Hills are the magical Vayang Rolling Hills. Fresh air, clear skies, soothing breezes, sensational view of endless green grass – don’t they just bring out a distinct feeling of happiness in you? The grasslands afford plenty of room for all sorts of activities.

These are just a few of the wonders that Batanes has to offer. If you ever get a chance to come to the province, don’t hesitate to give any of these places a visit.