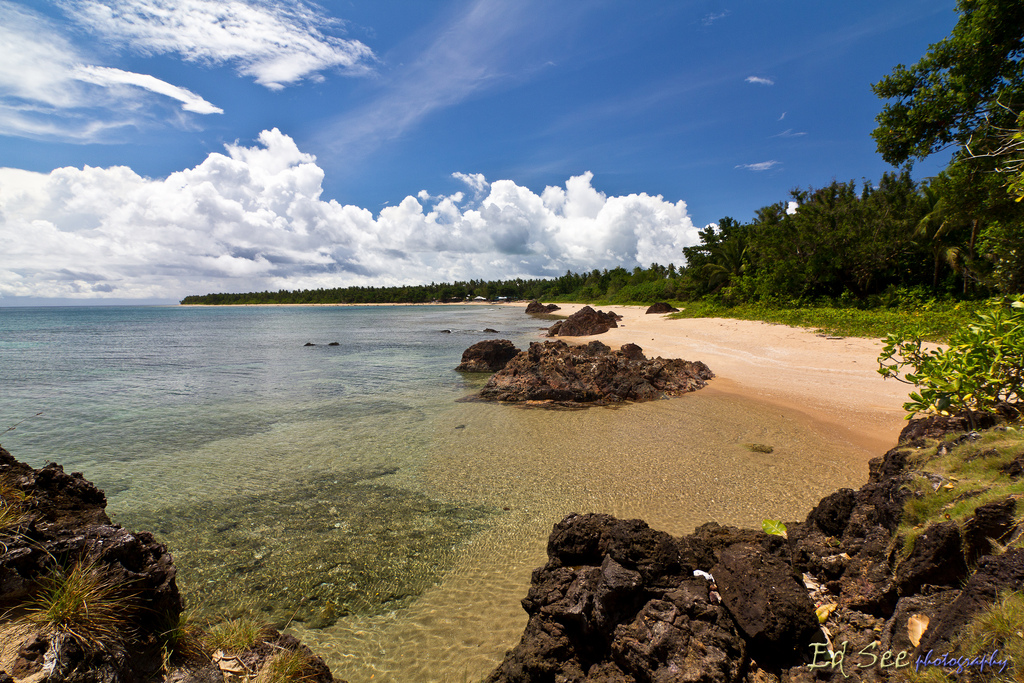 Quezon province is bound on the west by the provinces of Aurora, Nueva Ecija, Bulacan, Rizal, Laguna and Batangas and on the southeast by Camarines Norte and Camarines Sur.  It is accessible from Metro Manila through the South Luzon Expressway with Tiaong as the first municipality on the border of the provinces of Laguna and Quezon.  Its present territory was divided among the provinces of Laguna, Batangas and Nueva Ecija until it was consolidated into a new province in 1591.  Formerly known as Tayabas Province, it was changed to “Quezon” in 1946 in  honor of the President Manuel L. Quezon, the first president of the Philippine Commonwealth.

Quezon Province is the country’s leading producer of coconuts and coconut by-products such as virgin coconut oil and coconut vodka.  The famous longganisang Lucban (Lucban sausage also originates from this province.  Other delicacies the province is noted for are pancit habhab, a noodle dish; vegetable, seafood and meat dishes cooked to perfection; pastries such as puto seco, mazapan, broas, banana and cassava chips and arrow root cookies.

With 34 coastal municipalties, the province’ marine resources will enthrall visitors with a harvest of succulent food.

Because of its proximity to Metro Manila, Quezon Province is Manila’s gateway to the rest of Southern Luzon.

There is an array of sights, sounds and unique experiences in this vast province.  Its natural attractions such as white and idyllic beaches, waterfalls, mangroves, mountains, underground rivers, caves, corals and reefs will provide the nature traveler with an enriching experience.

Cultural, historical and pilgrimage sites also abound in Quezon with its long list of festivals, monuments and shrines; the combination of these attractions ensures total experience as one interacts with its hospitable people, their culture, history, heritage and unique way of life.

The colors of the province’s festivals accentuate the people’s zest for life.

Different festivals add color to the quintessential province of Quezon.  One of which is the world famous Pahiyas of Lucban held every May 15th in thanksgiving to patron saint San Isidro de Labrador for a bountiful harvest.  In Lucban, houses are adorned with colorful kiping, fruits and vegetables.

Other towns in  Quezon have their own versions of this harvest festivity.  In Gumaca, same festival is called Baluarte and Aranya where arches and big chandeliers are decorated with fruits and vegetables.  Tayabas celebration is called Mayohan sa Tayabas while the Sariayahins who call their festival as Agawan sa Sariaya celebrate by decorating houses and trees along the streets so that townspeople who join their procession can get every hanging decorations and local goodies.  In Catanauan, the Boling-Boling Festival commemorates Palm Sunday.  During Holy Week, Infanta holds the Semana Santa Lenten activities while General Luna observes the poignant Buhay na Kubol.

The capital of Quezon (Lucena City)  celebrates its harvest festivals through the Pasayahan sa Lucena on May 27 to 30.  The main thoroughfares of the city is lined by colorful floats and street dancers and as nighttime sets in, the main streets are closed to give way to live bands and partying.

Every August 19th is the Birth Anniversary of President Manuel L. Quezon and coniciding with Kalilayan Festival when the municipalities gather in Lucena City for parade, agri-competitions geared to promote the province’s best products.  November 4th is the commemoration of the martyrdom of provincial hero Apolinario dela Cruz, a.k.a Hermano Pule.

Quezon is one of the country’s center of religious activities.  The presence of its mystical mountain Mt. Banahaw offers pilgrims the opportunity to experience the healing power , paranormal encounters and energizing aura that the mountain is noted for.  To date, Banahaw has 168 thriving religious sects.  The  recently-built Kamay ni Jesus and Healing Grotto in Brgy. Tinamnam, Lucban has also become the favorite of both local and foreign  visitors not only because of its attractive location  nestled at the foot of a mountain but the hundreds of sick people who were miraculously healed of their illnesses and granted with favors sought.

Centuries-old churches dot Quezon towns.  The 16th century Minor Basilica of St. Michael de Archangel in  Tayabas is the second biggest and most beautiful church in the country.  In Gumaca, the San Diego de Alcala Cathedral was built in 1582 while the Atimonan church was built in 1683.  Sample historic sites include the Hermano Pule Shrine at Isayabas, Tayabas, Kutang San Diego in Gumaca built in 1751 to warn the people of pirate attacks, and Tayabas’ century-old five span Malagonlong Bridge and historic Casa de Communidad.

Covering 8,706.6 km2, the province is home to over 1.4 million people representing 12.57% of the Southern Tagalog region’s population.  It has 1 city and 40 municipalities.

The language of choice in the province is Tagalog.  English is also widely understood and spoken throughout the province.

Buses are readily available to travelers without private transportation.  Jeepneys and tricycles are common options when traveling to destinations within the province.  The convenience of having a private vehicle is evident in the ease of travel it affords and the number of places that can be visited.

Casual clothing is recommended.  Shorts, jeans, T-shirts, sandals and/or rubber shoes are best worn during summer.  Umbrellas, raincoats and/or jackets are particularly useful during the rainy months.  Other useful items are sun block, insect repellent, swim wear and floatation devices.  For those who plan to on trekking, it is advised that jeans/jogging pants, highly visible long-sleeved shirts (i.e. yellow, orange or red) and outdoor shoes be worn.

There are a range of accommodation establishments, from pension inns to deluxe rooms and upscale resorts.  It is advisable to book your stay or have a clear idea of where to spend the night embarking on the trip.