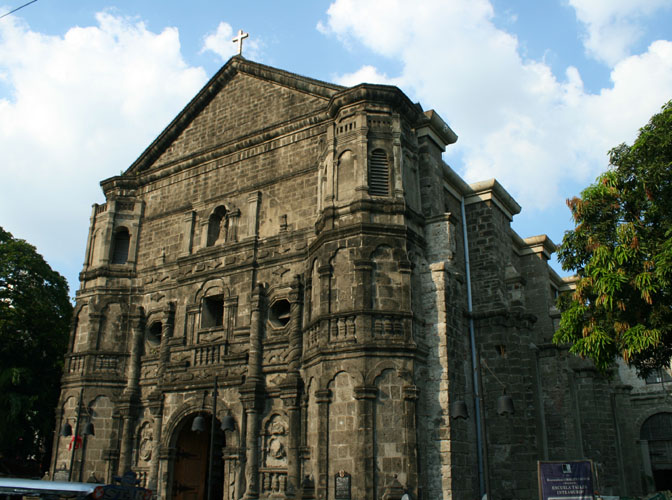 Visiting old churches is part of Manila trips. Most tourists are awed by the beautiful facade, unique architectural styles, and historical backgrounds of some of the churches in the Philippines. One of those that have been famous for everything is Malate Church.

Malate Catholic Church or simply called Malate Church is located in Manila, Philippines. It is dedicated to the patroness of childbirth, Our Lady of Remedies (Nuestra Senora de Remedios). What stands in the altar today is the statue of the Virgin Mary brought from Spain in 1624.

The church has a Baroque style, and faces a small parl called Plaza Rajah Sulayman, as well as Manila Bay. It is one of the oldest churches in Manila, which has been built in the 16th century by the Augustinians at the very same spot.

During the occupation of British soldiers in the Philippines, they took refuge in the church, which contributes to the destruction of the building in 1773. It was reconstructed, but got damaged again in the World War II. Later on, it was restored, and stands until today.

Despite the big renovations, the design of the church has not changed, so you can still expect to see the beaufiful architecture and Baroque style up to this day. Aside from the statue of the Our Lady of Remedies, you can also find other images of saints inside; all of which were brought by Father Jose Guevarra.

Recently, during one of its restorations, a number of human bones and ceramics were found. The country’s heritage conservationists prompted archaeologists to check the materials and to supervise the diggings. The collection of unearthed object include fragments of porcelain from China that was developed in the 10th century, which bear the insignia of British manufacturers dating back in the 1800s. It gave the church some distinction as the first archaeological place in that area.

Malate Church has become popular with couples who want to have a catholic wedding ceremony. It is a famous wedding venue mainly because of its unique architecture and reasonable rates. Another contributing factors are its historical background, beautiful view of the park, and its baroque style. All of these make for great photo opportunities for both newly-weds and their guests.

The interior of the church may not be airconditioned, however, it offers enough ventilation because of its big doors. Sundays are allotted on community masses, by the way, which makes weddings to take place from Mondays to Saturdays only.  This religious edifice never fails to capture the imagination of visitors, both young and old.

Surrounding the church are other famous landmarks, too. Apart from the park, you can check out the park as well as the popular Manila Bay. The latter is know for its gorgeous sunsets and is perfect for taking a walk with loved ones during a lazy afternoon.

Getting to Malate Church is not difficult at all, since jeepneys headed to Mabini pass by it. If you don’t fancy riding a public transport, you can always hire a cab to take you there.

7 thoughts on “Malate Church of Manila: History and Recent Discoveries”