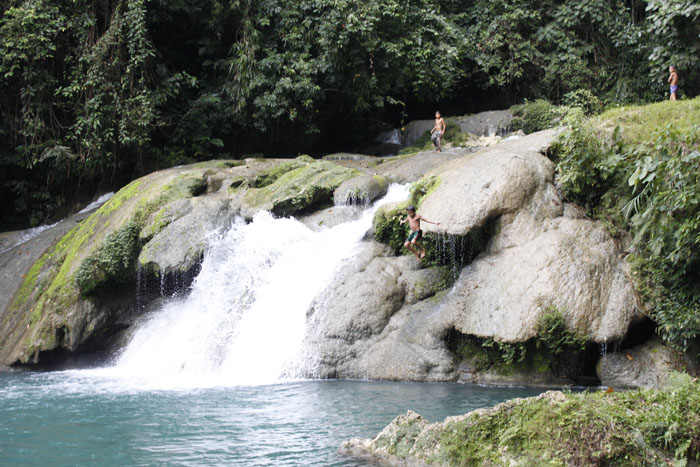 In the rural setting of Southern Leyte lies Maasin City, the capital city of the province. It is a 4th-class area with 70 barangays and 85,250 residents as of 2010. It may not be as popular as other places in the Philippines, but it sure does possess a variety of exciting things to do for those who are looking for a relaxing and unwinding holiday in the south.

Getting to Maasin requires extra effort mainly because the nearest airport is in Ormoc, which takes you about 3 hours before reaching the city. It can also be reached via Tacloban, which takes roughly 4 hours of driving by land. From Cebu City, a ferry will also take you to the city. The trip may be a bit of a discomfort for travellers who are not used to long rides. However, what awaits you is make everything all worth it.

The downtown area is a home to modest streets that are filled with century-old houses and buildings. The Maasin Cathedral itself was built in the 17th century, contributing much to the ancestral look of the city. Next to the cathedral is the St. Joseph College which was established in 1928. The interior of Maasin Cathedral is beautifully enhanced by the modern altar that is a total opposite of the archaic elegance of the building.

The city is also a perfect place for Catholic devotees due to its numerous pilgrimage sites, including the Shrine of Mother Mary, which is located on the Jaleca Hills. Aside from the religious places to visit, you can also take advantage of other points of interests, such as the following:

Located about 15kms from the town proper is Maasin City Zoo. You can hire scooter or motorcycle to take you to a beautiful area. The tour will take you approximately an hour and a half, which is all worth it. In here, you can find a range of animals, such as tigers, lions, birds, and snakes. This is perfect for families with kids.

Within the city are two of the best places to have a relaxing time alone or with companions. Nothing beats trekking through the beautiful path that leads to the Guinsohotan Cave, a cave that offers a stunning view of its interiors. To cap the experience off, the Cagnituan Waterfalls is just nearby. The inviting waterfalls will surely ease your worries even for a while.

Nearby Attractions and Activities

Southern Leyte is a home to gorgeous attractions and activities for everyone. Whether you are looking forward to a beautiful day at the beach or seeking fun and adventures along the way, it will never fail you. Some of the places near Maasin City that offer both include Sogod and Padre Burgos. Trying out the Agas-Agas Zipline in Sogod and visiting the Puting Buhangin in Padre Burgos are just some of the things that you should include in your travel itinerary.

What makes Maasin City different from all other metropolises is the fact that it remains rural and provincial. It still bears the atmosphere of being in the south, despite actually being present in what is supposed to be a busy hub. This is why most people prefer to travel to this area; it does not only possess the charm and elegance of a southern metropolis, but also possess a hit of modernism as depicted by the many beautiful edifices standing at its base.