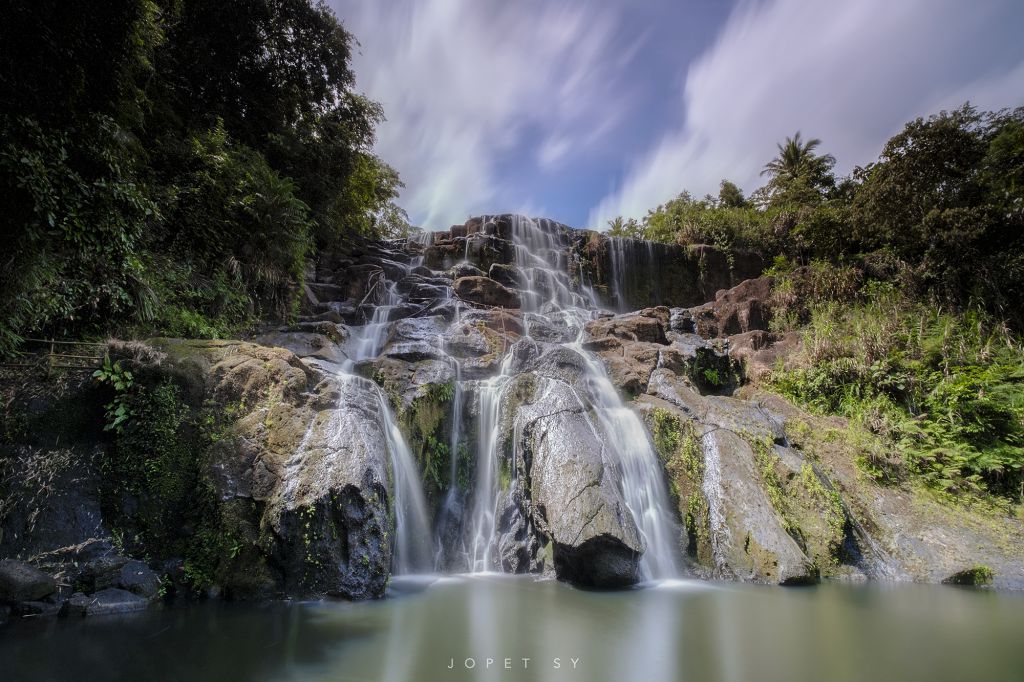 At first glance, you would think Cavinti is a spelling error of Cavite, which is a province in the Philippines and is often linked, literally, to Laguna through the Cavite-Laguna Expressway. As it happens, there is such a place called Cavinti, a name that originated in the most unusual way. That is, it actually came from the phrase “kapit sa binti”, which means hold on to the leg.

Why the phrase was reduced to nothing more than a 7-letter word is a story that is even more fascinating or ridiculous. It is fascinating in the sense that it all started with a wedding tradition that would have ended in tragedy if the bride wasn’t able to hold on to the groom’s legs, ridiculous that it was shortened because the Spanish colonizers found the phrase difficult to pronounce. But because a lengthy history class is likely to make you doze off, why not skip to the good part—things to see and do!

You can go wind surfing, sailing, fishing and other water sports at the Caliraya Lake. This artificial reservoir built in 1943 supplies the water to the Caliraya Hydroelectric Plant. The deep waters, combined by the mountain breeze blowing from the Sierra Madre Mountain Ranges, make Caliraya Lake the ideal spot for some water-based adventures. If you prefer doing something less strenuous, you can always camp at various sites, enjoy the view at a Japanese Garden or play golf.

You can go fishing at Lake Lumot for some largemouth black bass. Yes, one of the most sought-after game fishes of the United States of America can be found at this lake. Although they were seeded by the Americans, such species continue to proliferate, giving game fishers great excitement the whole-year round.

You can go swimming at any of the secluded Twin Falls. What’s great about this activity is that the hike leading up to the falls is less strenuous, what with its accessibility from the starting point, which is a beautiful park. Still, the twin falls would be just as appealing to hikers as they are to non-hikers. But because they are on private properties, getting close to the falls would be up to the owner’s discretion even if they’re open all year round.

You can go river boating at the Magdapio Falls. It isn’t called “shooting the rapids for nothing”. Exploring its entirety would involve a 3-hour boat ride in a narrow banca or canoe driven by seasoned boatmen. This is where you get to traverse through 14 rapids upstream, which is an undeniably exhilarating experience. Now you might hear other people refer to it as Pagsanjan Falls. This is due to the fact that the tour up river starts at Pagsanjan, which is why Magdapio Falls is interchangeably known as such.

Without a doubt, the list of activities has worked up your appetite for some thrilling adventures. Getting to Cavinti, however, is just as fascinating as its history, because you will take a ride from a metropolitan area and down to zigzag roads filled with sharp twists and turns. So the moment you start sliding from one end of the vehicle to another, causing you to hold on for dear life, you’ll know that you are entering Cavinti.

Starting from Manila, you can take a bus to Sta. Cruz where you will find jeepneys going to Cavinti. There are mini-buses servicing routes from Lucban to Sta. Cruz and Lucena to Sta. Cruz via Cavinti. You can also ride the bus plying from Infanta to Lucena via Cavinti.

Despite being a 3rd class municipality, Cavinti has plenty to offer to tourists like you. So if you want a holiday getaway that is sure to get you as far away from the hustle and bustle of the city as possible, you should visit Cavinti. And just so you won’t forget the name, just remember to “hold on to the leg”!

*** Featured Photo at the top by Jopet Sy via Flickr

1 thought on “Exploring the Hidden Treasure of Laguna—Cavinti”