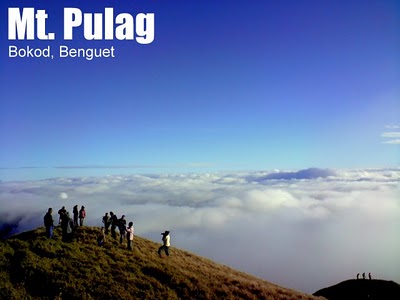 Two thousand nine-hundred twenty-two meters (2,922 m) above sea level… Who wouldn’t want to challenge themselves with this treacherous yet rewarding adventure? The Akiki Trail of Mt. Pulag is the path that every Filipino mountaineer dreams to surpass. And now, due to its jaw-dropping wonders and a 7/9 mark of difficulty, it has garnered the interest of tourists as well.

A large part of Mt. Pulag was declared a National Park that is why further precautions are given during an orientation which is hosted by the DENR to every mountaineer who dares to challenge this quest. It is during this talk that the four renowned trails are introduced: the Ambengeg trail which is known as the easiest, the Tawangan which is the most comprehensive trail, the Ambaguio which is the longest, and lastly the Akiki, the difficult one.

Playground of the Gods

Mt. Pulag, or as others call Mt. Pulog, is currently the second highest mountain in the Philippines. Even to this day the indigenous people dwelling in the mountain still practise animism, the belief that natural objects and phenomena possess spirits. They still believe that spirits and other unseen beings continue to guard the mountain. This is where the name ‘Playground of the gods’ came in.

Mt. Pulag is a bird sanctuary and is home of 143 species of birds. That is why the Akiki trail was named as such because of the sound of the birds ‘A-ki-ki-ki’ which can be heard in your entire journey. Due to the Akiki trail being the hardest, it has also been called the ‘Killer Trail’.

First thing, you will be confronted with a sign that says ‘Akiki Trail: Difficult Route’, but before you fret or spazz with excitement, you have to final check your mountaineering bag whether you have all the necessities to survive the entire adventure. You wouldn’t want to return half-way due to a deficit in food right?

The entire journey will take you approximately 10-11 hours to reach the summit. With its steep and pine-covered slopes, ragged cliffs, cold weather and a combination of your numb feet and heavy load… no wonder it is called the Killer Trail! But don’t back-out yet, for half-way towards reaching the summit, you will get to enjoy the oasis of the Eddet River. The Eddet River is where you can build camp, take your rest, eat and bathe. After enjoying this break, a new tough trek lies ahead. By the time it gets dark, you will be able to relish another haven where you will officially take refuge in the night, and that is the Marlboro Campsite. It will be according to your choice what time you wish to continue your hike, but if you wish to witness the rising of the sun, then you are advised to start very early.

Once you reach the summit and see the majestic scene as the sunrise unveils the glory Mt. Pulag has to hold, with all its rare and endemic flora and fauna and grand landscape, you will surely forget all the struggles you had in order to reach the top!

In order to get to Mt. Pulag and register to become part of the hike, you have to ride a bus from Pasay City or Cubao that is headed to Baguio City. The rate is usually P460 and it will take 6-7 hours to reach your destination. From there, a jeep will be available to those who wish to rent it which rates P8500 for up to 18 persons. For a cheaper rate of P150, a public bus will be available in Dangwa, Baguio City. Both transportations will lead you to the Akiki trailhead. These buses will only make one to two trips a day so it is advisable to be on time.

So for those of you who wish to become part of an adventure that will disclose the Philippines’ finest wonders of nature, take the Akiki Trail of Mt. Pulag; for it will surely reveal more than that!