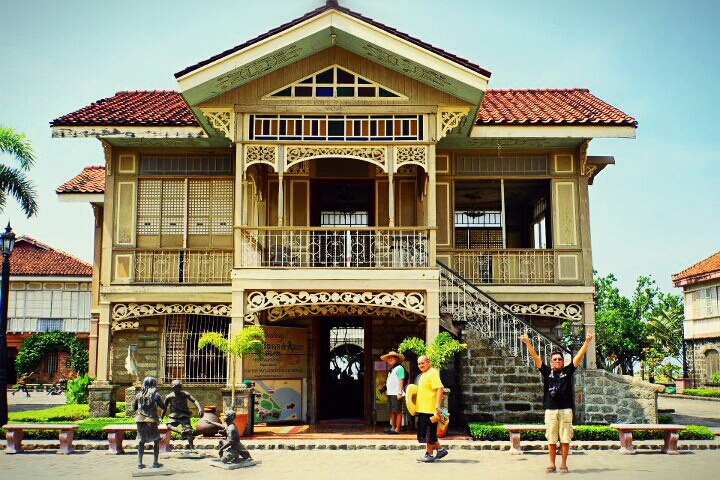 Discover the magic with this amazing historical and cultural region, only an hour by ferryboat across the bay from Manila. Until recently not a traditional tourist destination, this province is now proving to be a tourist haven with many exciting places to visit, and a lot of interesting things to do. There is so much to offer in Bataan, culture, beauty, history, in spoilt beaches and a warm hospitality that is truly Filipino.

Bataan was established in 1754 by Governor General Pedro Manuel Arandia out of territories belonging to Pampanga and the corregimiento of Mariveles, which at the time, included Maragondon in Cavite across the bay. The province had more than its share of significant historical events. In 1647, Dutch Naval Forces attempting to invade the country perpetrated the Abucay massacre in one of its towns. In the late 1700s, the dreaded Chinese private Limahong used Lusong Point on the western sides as the landing place to launch his conquest of Luzon. In the Philippine Revolution of 1896, Bataan joined the other provinces in Luzon, which revolted against Spanish rule.It was during World War II, however that Bataan attained prominence that would find its place in the annals of world history. Under heavy aircraft and artillery shelling from the invading Japanese forces, the beleaguered Filipino – American troops valiantly defended this last bastion until the “Fall of Bataan” on April 9, 1942.

Mt. Natib in Orani. Rising at an elevation of 8,000 ft. above sea level, this potentially active volcano offers mountain climbers and nature lovers not only a pleasantly cool mountain air but also a luxuriant growth including some rare plant species and wildlife abundant in the area. It offers a commanding vista of the surrounding provinces. Reaching the mountain’s summit takes about four hours. A trail shelter is available for overnight trekkers. Activities Recommended: Mountain Climbing, Camping, Rapelling. (Morong, Bataan) Bataan Technology Park (former refugee center). Built on a sprawling 300-hectare forest reserve some 180 kms. from Manila, the former Philippine Refugee Processing Center used to host thousands of Indo-Chinese refugees who fled by boat or on foot to seek asylum in the wake of political unrest in Vietnam, Cambodia and Laos. Now a sprawling light industrial center, the place is ideal for ecotourism adventure travel. It serves as a jump-off point to the mountains around the area. Beach resorts abound nearby. Activities Recommended: Mountain Climbing, Trekking, Caving, Rapelling and History Tours

The climate consists of two distinct seasons: dry from November to April and wet the rest of the year.

Bataan is the peninsula in the western part of Luzon that shields the Manila Bay on its south and east from the South China Sea on its west. Zambales and Pampanga form its boundaries on the north.

Predominantly Tagalog, in some parts Ilocano. The working population is fluent in both English and Filipino Languages.

Bataan remains basically an agricultural province in spite of the rapid industrialization during the last decade. Mariveles is the site of an export-processing zone that accounts for heavy industry in the province. Cattle and carabao fattening, hog raising and poultry industry, especially broilers and ducks and egg production are some of the promising livelihood programs in the province.

Balanga City is the provincial capital and is 124 kms from Manila. The twelve towns lying in its coast integrade 238 barangays and 11 cultural minorities’ sitios.

Light casual clothes are recommended. An umbrella and a raincoat are a must during the rainy season. Adopt to local customs and accept local differences (whether social or cultural). When shopping in a public market, haggle for the cheapest price. Always bring loose change when taking public transport to avoid inconvenience. Tipping is expected for many services. The standard practice is 10% of the total bill. Tipping is optional on bills that include a 10% service change.

Abucay
Abucay is now a developing town. Tourism wise, they have the Sibul Spring, the Pasukulan Falls and the Abucay Catholic Church. Mabatang, its biggest and most progressive barangay, is touted as the Christmas Capital in Bataan for their annual Christmas decoration competition.

Bagac
Bagac is primarily an agricultural and aquatic area rich in bounty. While other municipalities and provinces are converting agricultural land into other uses, Bagac stands to preserve and utilize whatever prime agricultural land area left to be nurtured.

Balanga City
Balanga is one of the richest towns in Bataan. Agriculture has always been its chief industry. Fishing also provides a steady source of income, especially for those who lived in barrios near the sea or near the rivers Ogon or Talisay. And this is especially true for Sibacan and Puerto Rivas.

Hermosa
Hermosa is now a thriving community. With the establishment of the Hermosa Special Economic Zone, many light to medium industries are expected to locate in the area. Hermosa is also famous for their garments, balut and salted eggs, and handpainted jars.

Limay
Limay is now a first class municipality in terms of its income, accredited mostly to big establishments exiting in the municipality; consequently, they also have a high employment rate. Mostly engineers, skilled and unskilled laborers, technical men from the province and other towns and cities.

Mariveles
Mariveles is now a first class municipality in terms of its income, accredited mostly to big establishments exiting in the municipality; consequently, they also have a high employment rate. Mostly engineers, skilled and unskilled laborers, technical men from the province and other towns and cities.

Morong
Little by little Morong is becoming a progressive town thanks to the men and women of this town who showed their diligence for the improvement and development of Morong. The tourism industry is also on an upswing with the beautiful and untapped beaches of Morong being developed.

Orani
Now, Orani is a progressive municipality. Rising from the ashes during the 1930s, it now hosts a lot of establishments and facilities for tourism and trade and industry. The most-awaited event in Orani is the feast day of Sto. Rosario, the patron saint of the town, every second Sunday of October.

Orion
The town of Orion has contributed a great man to the country in the form of Don Cayetano Arellano, the first Chief Justice of the Supreme Court, who was born in this town on March 2, 1847. Another hero was Francisco Balagtas, greatest Filipino poet and author of the renowned “Florante at Laura”.

Pilar
With the march of time, the once unknown town has risen to unparalleled popularity here and abroad. This town is noted for the historical landmarks like the Flaming Sword and the Shrine of Valor (Dambana ng Kagitingan). It is visited annually by war veterans from different places on Bataan Day (April 9) to reminisce and honor the past.

Samal
To this day, the town remains as serene and as peaceful as it was many years ago, unspoiled by decadent products of uncontrolled commercialization and industrialization and unperturbed by pressures brought about by the ongoing economic crisis.

Take North Luzon Expressway and proceed to San Fernando exit. Take the Gapan-San Fernando-Olongapo road (now Jose Abad Santos Ave.) passing through Bacolor, Guagua and Lubao. After the “Welcome to Dinalupihan” sign turn left at the so-called Layac junction (marked by a WWII monument). Drive along the Roman Highway. Turns are signposted leading to the municipalities of Bataan.

The ultra-modern North Luzon Expressway (NLex) and Subic Clark Tarlac Expressway (SCTex) linking Clark to Subic now makes Bataan even more accessible to more cities, allowing more commuters to reach their destination in no time at all. Enter the province of Bataan via Dinalupihan (via Layac Junction), which is 101 kilometers away from Manila. From there, proceed to the Roman Highway. Turns are signposted leading to the municipalities of Bataan.

The province has an extensive coastline with 11 municipalities having marine boarders; there are about 14 tertiary parts, 2 of which are classified as national ports namely Port of Mariveles and Port of Orion.

By sea via ferry from the CCP Terminal in Roxas Blvd, Manila to the Diosdado Macapagal Ferry Terminal in Orion, 22.5 nautical miles or a convenient 45-minute trip will lead commuters to the bustling Orion port. For an affordable fee, one will be able to escape the traffic jam of land travel and feel the refreshing sea breeze and the splendor of Manila Bay.

BATAAN rings a chord in the heart of every Filipino. It is a symbol of democracy and freedom- a memorial to the gallant Filipino-American defenders of Bataan who fought decisive battles that delayed timetable of the well-equipped and better trained a Japanese Imperial forces, and changed the course of history in the Pacific.

Bataan has more than its share of significant historical events: in 1574, the dreaded Chinese Limahong used Lusong point at the western side of Bataan as a landing place; in 1647, the Dutch Naval Forces perpetrated the Abucay Massacre; and the Bataan ;Death March to Capas, Tarlac start in the municipalities of Mariveles and Bagac. Today touching commemorative shrines are dedicated to the memory of those who resisted the Japanese occupation- a bayonet thrust into the ground with a helmet symbolically slung over the the rifle butt to mark the start of the Death March; and the imposing Dambana ng Kagitingan on top of Mt. Samat in Pilar, Bataan.

Bataan is a province faced with a challenge. It is on the verge of becoming both an extensive industrialization hub hub a tourist haven which may well be the equivalent of the dynamic force it exuded in its heroic past.

Bataan At A Glance

Southwestern part of Central Luzon bounded in the east by Manila Bay, west by China Sea, Northwest by Zambales and northeast by Pampanga.

DISTANCES FROM CITY OF BALANGA

Produced and sold during the 1930’s by Eugenio and Conrada Abella of Samal, Mabuhay Softdrinks became a popular beverage in the country. Some of their flavors included Zarzaparilla and Lemonada.

Born in Abucay, Bataan, Tomas Pinpin- the First Filipino Printer- became one of the notable Bataenos.

Another Bataeno who figured promonently in politics was Cayetano Arellano. He became the Secretary of Foreign Affairs of the revolutionary governmen t, and later on became the first Chief Justice of the Supreme Court.

USS Bataan, one of the largest and hi-tech war ship of the USA, was named after the province to honor her gallantry and bravery during the Second World War.

By Land: 124 kms. From Manila or approximately 2 Â½ hrs. drive via NLEX

IN CASE OF EMERGENCY: Dial 117