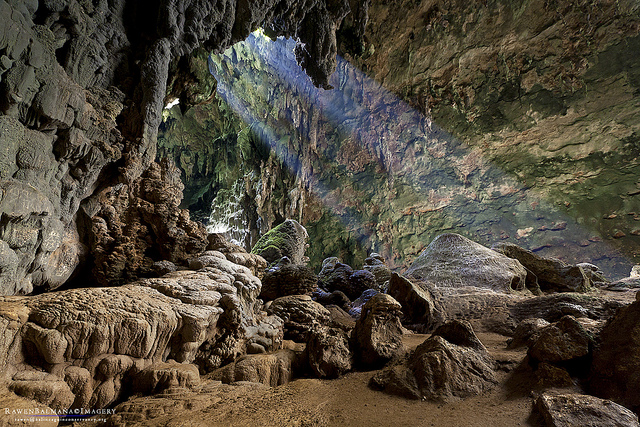 Cave systems abound in the 7,107 islands of the Philippines – some not known to many and others quite popular with both local and foreign tourists. What you’ll find in the country are caves that are quite distinct from each other – each with their own charm, put simply. And this list gives you ten of the most popular caves that are worth the visit.

Known the world over, the Underground River (as it’s also known) is the pride of Puerto Princesa. This UNESCO World Heritage Site and member of the New7Wonders of Nature is an 8.2-kilometer body of water that steers its way underneath a mountain range, passes through the St Paul Underground River Cave and then heads out into the South China Sea. Until the discovery of an underground river in the Yucatan Peninsula of Mexico, Puerto Princesa’s own was known as the longest underground river in the world.

But visiting this popular tourist destination isn’t just about paddling through a river and into a 24 kilometer long cave. The whole area it’s situated in is a habitat for biodiversity conservation. Over a hundred species of birds, about 30 mammals, 19 reptiles and nine bats are found within the area. In fact, two of the bat species are found in the cave.

After a few moments of marveling at the limestone karst mountain landscape that envelopes you, you’re taken on a journey to the cave. In it you’ll find major formations of stalactites and stalagmites, as well as several large chambers.

Requiring a bit of physical exertion – you need to climb about 200 steps before you get to see the cave’s limestone and rock formations – but nonetheless an experience that is worth it. Located in Peñablanca in Cagayan Province, Callao is comprised of seven chambers named after rock formations seen within the chamber. Five of these seven chambers have large overhead openings which allow light to shine through, which truly paints a dramatic scene.

The main attraction of Callao is The Chapel which is features in advertisements for the cave. In fact, the chamber has been turned into a cathedral by the locals.

Mabinay is a town in Negros Oriental that is known as “Cave Town,” and it’s not a wonder why as it boasts of more than 400 caves. Measuring 8,870 meters long with a vertical range of 82 meters, this cave is currently listed as the second longest cave system in the Philippines.

Those with a sense of adventure with love Odloman as rappelling down through a huge hole is one of the ways to access the cave. Another option is to swim about 20 meters across its underground river.

A post on cave systems in the Philippines wouldn’t be complete without a mention of at least one of the numerous ones found in Samar. The Lagun-Gobingob Cave is one of the most popular ones in the province, and is one of the largest karst caves in Southeast Asia.

Located in Calbiga, the cave is expansive with stalactites, stalagmites, rock formations and so much more. Luckily, there are guides willing to help you journey through the marvel that is Lagun-Gobingob – some even offer a two to three day adventure through the caves.

This is a place offering both adventure and a taste of history. This is where revolutionary forces hid out during the Spanish Occupation of the Philippines. It’s also where the historic Malolos Constitution was signed by General Emilio Aguinaldo and Pedro Paterno.

Adventure also greets you all the way as the park has challenging rock formations, hanging bridges and staircases that connect rivers and caves. One of the most popular caves in the park is the Bahay Paniki or Bat Cave which is home to at least six species of birds. Another popular cave here is the Aguinaldo Cave where the first Philippine President hid out during the revolts.