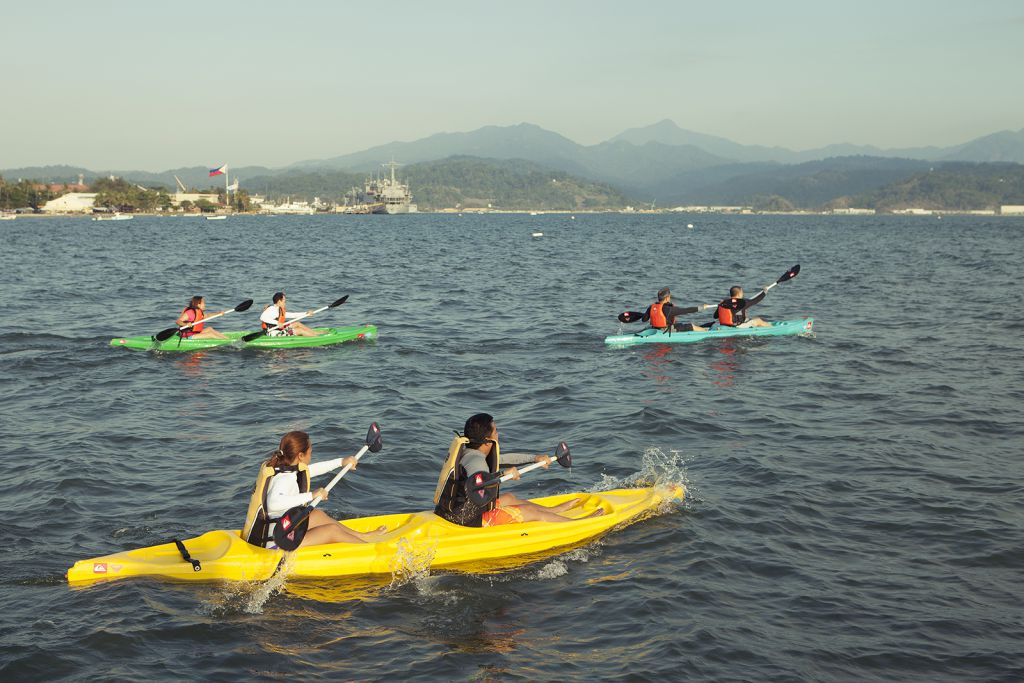 The Lighthouse hosted the 10-day Subic Kayak Race Series to competitors ranging from beginners to seasoned athletes of different sports. A total of at least Php15,000 worth of prizes were given away to victorious teams who participated every Wednesday and Friday, throughout the month of May.

Teens and adults rivaled for the best time in kayaking 1km sprints along Subic Bay. Although it was The Lighthouse FC Amihan Football members Jesus Boluntate and Precious Boluntate, aka “The Twins”, who consistently dominated the series with an average of 12mins.21 seconds – qualifying five of their best timed laps.

“We have teamwork and we just have fun every race,” stated by the Boluntate Twins in an interview for GMA News TV Sports Pilipinas feature last May 26, 2013. Their triumph landed them a spot in The Lighthouse Team during the Anvaya Cove Kayak Explore and finished first place in the 3km Novice Race.

This global trend towards natural, sporty and healthy lifestyles makes this environment-friendly sport attractive to a lot of people which gives it an edge in developing a sustainable thrust to ecotourism and adventure sports. Soon, The Lighthouse will be offering kayak tours around the exclusive and pristine beaches of Subic Bay which includes hidden beaches, islands and coves.

Organized by: The Lighthouse Marina Resort and the Philippine Kayaking Series.