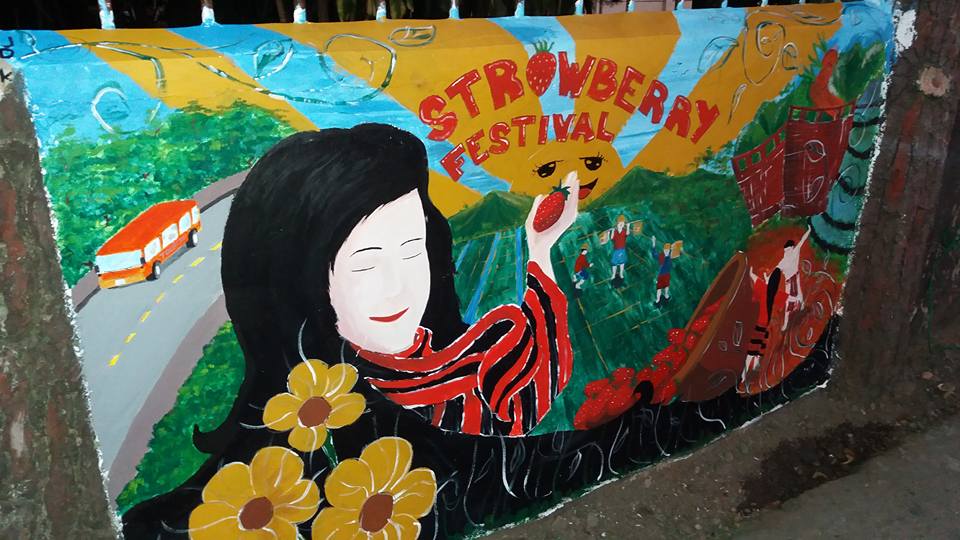 Timbac-Tabayok Quest
Kabayan, Benguetmystic
March (no definite date)
Adventure to the mummy caves and the mystic lakes which will conclude with a climb to Mt. Tabayok, the 5th highest mountain in the Philippines.
Contact:
Engr. Berry K. Sangao, Jr.
Contact No: 09154033211

PAYVANUVANUAN FESTIVAL
Sitio Jura, Racujaide, Mahatao, Batanes
March-April (movable)
The festival marks the start of the fishing season in Batanes where the fisherfolks perform a ritual to pray for good fishing season and safety while at the see.
Contact:
Mr. Roldan Esdicul
DMO I & ICO-ENRO
[email protected]
0918-206-8345
0915-993-9977

SUMBRERO FESTIVAL
Barangay Platero, Biñan, Laguna
March (no definite date)
It is a one-day celebration that features the skills and creativity of Brgy. Platero, Biñan cap makers. The festival also features different floats with different cap designs. Every float has its own street dancers from public and private schools and from the Sangguniang Kabataan. It also offers old palaro and contest like the “Fastest Sewer of Cap”.
Contact : Biñan Municipal Tourism Office
Telephone No. (049) 511-3277

Dinagsa Festival
Sto. Niño Plaza, Poblacion, Muntinlupa City
March 1 – 5
A celebration in honor of the city’s patron saint Sto. Niño de Muntinlupa highlighted by a streetdancing participated in by representatives from different barangays, schools, youth sectors and groups from other cities in Metro Manila. A variety show will also be held in the evening after the street-dancing.

Mt. Pulag Climb
Kabayan, Benguet
March (no definite date)
Adventure climb where participants can view beautiful sunrise and sunset and where they can feel a sea of clouds beneath their feet. Mt. Pulag, the “Home of the Gods” like Elysium, is a popular Philippine mountain summit expedition trekking and hiking destination in our country. It is 2,922 meters above sea level.
Contact:
Ms. Emerita Albas, Park Superintendent, DENR-
Contact No: 074-4443592
Engr. Berry K. Sangao, Jr., Municipal Tourism Officer, Kanbayan, Benguet
Contact No: 09154033211

PACTO DE SANGRE OR BLOOD COMPACT OF NEW WASHINGTON, AKLAN
New Washington, Aklan
March 3
Katipuneros respectively wounded their wrists and used their blood to sign a document that formally expressed their grievances symbolizing their revolt against the Spanish authorities, which happened at Sitio Kuntang, Ochando, New Washington. From then on it is remembered as one of the historical places in the country.

COUNCIL OF BALABAGO REENACTMENT
Culasi, Antique
March 4- March 5
It is a reenactment of the gathering of the Malayan Datus headed by Sumakwel after their settlement in Malandog for thanksgiving and renewal. The site of the reenactment overlooks the island of Mararison and the Majestic Mt. Madia-as home of Bulalakaw, their acclaimed God.

BULAWAN FESTIVAL
ComVal, Capitol Nabunturan
March 6-8
Festival of Gold is a celebration of thanksgiving, a unified government, sustained good harvests, abundant resources and a promise of a golden future. It is symbolized by the gold Solidarity Ring, the biggest ring in the country.
Contact:
Christine Dompor
Provincial tourism Officer
(082) 376-1028/376-1052

BOLING-BOLING FESTIVAL
Catanauan, Quezon
March 6-8
It is an age-old practice particular to Catanauanins, which is celebrated annually. Participants roam around the town garbed in any costume they may fancy. Most of them wear colorful clown-like clothes while others imitate anybody whom they want, be it somebody they idolize or somebody they despise, and make fun of them. Boling-Boling comes from the Visayan word “ Boling “ which means dirt. The festival reminds us of the vulnerability of a man and serves as symbolic spiritual cleansing and signals the start of the Lenten season.
Contact : Office of the Mayor
Catanauan, Quezon
Telephone No. (042) 315-8198

BOLING-BOLING FESTIVAL
Catanauan, Quezon
March 6-8
It is an age-old practice particular to Catanauanins, which is celebrated annually. Participants roam around the town garbed in any costume they may fancy. Most of them wear colorful clown-like clothes while others imitate anybody whom they want, be it somebody they idolize or somebody they despise, and make fun of them. Boling-Boling comes from the Visayan word “ Boling “ which means dirt. The festival reminds us of the vulnerability of a man and serves as symbolic spiritual cleansing and signals the start of the Lenten season.
Contact : Office of the Mayor
Catanauan, Quezon
Telephone No. (042) 315-8198

PANAGTAGBO FESTIVAL
Tagum City
March 7
Coincides with the city of Tagum’s founding anniversary. It aptly describes a celebration in the city where Tagumeños met Tagumeños from all walks of life in one occasion and setting since the city of Tagum is a crossroad business center in the northern part of Southern Mindanao.

ANILAG FESTIVAL
Provincial Capitol Compound, Sta. Cruz, Laguna
March 8-15
Spearheaded by the office of the Provincial Governor and in cooperation with the Municipal and City Mayors of the entire province, the weeklong festival promises not only a glimpse of Laguna’s wonders, but an experience of the unique blend of cultural, historical and religious celebrations of each of its 27 municipalities and 3 cities, as well. Dubbed as the Mother of all Festivals, ANILAG (derived from Ani ng Laguna) showcases an array of activities relating to the arts, culture and industries distinctive of Laguna and its people. It is both a celebration and thanksgiving which highlights 26 festivals rolled into one. It boasts of the varied local sights and sounds and loads of gastronomical sensations that make Laguna one of the most popular tourism destinations in the country.
Contact : Mr. Valentin P. Guidote, Jr., Festival Director
Telephone No. (049) 501-1120 / 810-2145

BANTAYAN FESTIVAL
Guimbal, Iloilo
March 9-15
A celebration of the birth of a new history and culture of the people of Guimbal as a tribute and reverence to the triumphant struggle of its ancestors for meaningful existence.The magic of the Gimba (drum) and the Bantayan (watchtower) are the major features of the festival. The festival also features dance drama, drum, float & street dancing competition, cultural shows, beauty pageant, paraw & boat racing, fluvial parade, musical concerts and many other presentations.

PENETENSIYAHAN
Rosario, Batangas
March 9
It is a Lenten celebration of commemorating the life and passion of Jesus Christ starting on Ash Wednesday.
Contact : Office of the Mayor
Rosario, Batangas
Telephone No. (043)-321-2561

PINTADOS DE PASI FESTIVAL
Passi City, Iloilo
March 11-18
A festival depicting the history of Passi through “pintados” as a colorful celebration of how Passi got its name, as influenced by the Spanish regime. It also coincides with their Foundation Day commemorating the conversion of Passi as a component city. The festival’s main features include the parade and competition of Tribes, Carosa Parada, Pinta Carabao, Search for Bb. Pintados de Pasi, Laro ng Lahi, Binayle sa Kalye, Drum & Lyre Competition, Food Festival

Hinatdan Festival
Ginatilan, Cebu City
March (2nd week)
Hinatdan Festival got its name from the former name of the town of Ginatilan. It is a celebration of life and of the town’s bountiful harvest under the graces of their patron saint, San Gregorio Magno.
Contact:
Office of the Mayor
6332-478-9100

SIKARAN FESTIVAL
Baras, Rizal
March 15
In Sikaran, the players move around like boxers. Each one aims to knock his opponent down by kicking at the latter’s legs. The kicks are delivered with considerable force and agility and sudden upward and backward movements of the foot. The use of the feet is necessary in winning over the opponent thus, the name “Sikaran” which means to kick.
Contact : Office of the Mayor
Baras, Rizal
Telephone No. (02) 653-3909 / 629-7950

HOMONHON LANDING
Homonhon, Eastern Samar
March 16
Commemoration of the discovery of the Philippines by Ferdinand Magellan.

LUGAHAIT FESTIVAL
Lugait, Misamis Oriental
March 16
A local festival celebrating the rich history and the founding of the municipality of Lugait through native street dancing, showcase of agricultural products, and other colorful cultural performances

DEATH ANNIVERSARY OF PRES. RAMON MAGSAYSAY
Castillejos, Zambales
March 17
This event is a 4 hours celebration in the morning. The activities consists of flag raising, flower offering to the monument of the late Pres. Magsaysay and a visit to the ancestral house of President Ramon Magsaysay.
Contact:
Oscar Foronda
Cel. No. 0917-6204259

Peñablanca Patronal Town Fiesta
Peñablanca, Cagayan
March 18-19
The patronal town fiesta celebrates the coming together of all barangays manifesting their oneness, unity and cooperation in the programs and projects of the LGU. Food is served to individuals visiting any home during the fiesta.
Contact:
Hon. Marilyn Julia-Taguinod
Mayor
(078) 304-0399
[email protected]

MAYON CONQUEST
Albay
March 18- March 20
A mountain expedition to the country’s most popular volcano, MT. MAYON to be participated in by mountain-climbing enthusiast aimed to develop mountain climbing as a safe, enjoyable and environment-friendly activity.

STRAWBERRY FESTIVAL
La Trinidad, Benguet
March 18 – April 9
A grand festivity showcasing the Strawberry fruit. The Guinness Book of World Records has listed in the festivity the “Biggest Strawberry Short Cake”. It also has a contest for the most unique product with a touch of strawberry. Agro Trade Fair, sports competition and marathon are included as activities.
Contact:
Office of the Municipal Mayor, La Trinidad, Benguet
Tel No.: 074-422-2601

TABAK FESTIVAL
Tabaco City, Albay
March 19- March 22
Held in conjunction with the celebration of the City’s 1st Foundation Anniversary. The festival derived its name from a local word “tabak”, meaning bolo, where the name of the City (Tabaco) was taken from. It’s highlight is a street presentation where participants showcase the legend of the City. Numerous other activities are lined up to drum beat the affair.

SINIGAYAN FESTIVAL
Sagay City
March 19
An annual celebration & thanksgiving in honor of their patron, St. Joseph, showcasing the best of Sagay – – the arts, culture, products, and its people. Sinigayan concocted from the spherical shell “sigay” which abounds many islets and shores of the city.

SEMANA SANTA AT BALINTOKATOK LA SALETTE SHRINE
Santiago City
March 20- March 27
Traditional presentation of the passion and death of Christ on a hill and ends at the top where a chapel stands.

Sabutan Festival
Palanan, Isabela
March 21-23
Marks the establishment of the civil government of Palanan, the commemoration of the capture of the First President of the Republic, Emilio Aguinaldo and the promotion of the Sabutan products like mats, fans and bags made of grass grown in the coastal areas of Palanan.
Contact:
Ms. Myrose Alvarez
Tourism Officer Designate
0916-252-4545

19 MARTYRS OF AKLAN
Kalibo, Aklan
March 23
Celebration dedicated to the 19 martyrs of Aklan who consecrated their lives in the cause of freedom against the colonizers.

KABANHAWAN FESTIVAL
Minglanilla, Cebu
March 23
Showcases the “SUGAT” in which the town is known for many years since. This year, the celebration will be more grand followed by a day long games and entertainment tht highlights the endowment of Minglanilla in history, trade and arts.

KISI-KISI FESTIVAL
Negros Occidental
March 27- March 31
Kisi Kisi Dance Parade is a dance parade which stands for the way fishes flip-flops and twitches as they are hauled during the bountiful harvest. It starts at 1:00 in the afternoon where participating groups wear costumes and headdresses adorned with multi-colored shells & fish nets while props include bamboo poles and baskets used for fishing. Before the dance parade a re-enactment of the Sinulod is being shown wherein the town’s patron Sr. Sto. Niño saved the village from the moro raids.

CUARESMA
San Jose, Antique
March 28 – April 4
The center celebration is replete with theater practice: from Domingo de Ramos (Palm Sunday) to Paskwa kang Pagkabanhaw (Easter Sunday). It is a one week theatrical events where there is a street pageantry where the dramatic persons are composed of antiquated life-sized images of saints on pasos decorated with flower.

KATKAT SA DIPOLOG
Dipolog City
March 28- April 3
An annual activity at the mountain ranges of Dipolog City’s Linabo Peak and the Sungkilaw Falls area. This is participated in by mountaineers and nature trekkers, which is to be held every summer season in Dipolog City.

Bangus Festival
Coastal Road, Panabo City
March 30
Forming part of the annual anniversary celebration of the Mariculture Park, it celebrates the bounty of the sea to be freely enjoyed by Panaboans and visitors during this whole-day event. Games are featured to promote the city’s second One Town One Product, the Panabo Bangus.
Contact:
Jan Mari Café
City Tourism & Investment Promotion Office
+63 84 628-8683 / 646-0234 /822-7466 loc. 121

FIRST EASTER MASS CELEBRATION
Butuan City
March 31
A re-enactment of Magellan’s landing and planting of the cross on March 21, 1521 at Mazaua, Butuan City.